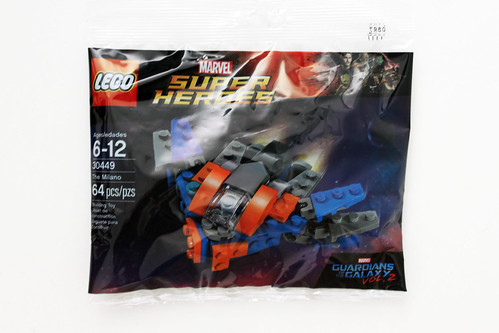 Guardians of the Galaxy Vol. 2 has hit theaters here in the US and to commemorate the movie, LEGO has produced a LEGO Marvel Super Heroes polybag for it with The Milano (30449). This polybag consists of 64 pieces and according to the May 2017 Store Calendar, you can get it for free with purchases of $35 or more from May 8-21, while supplies last.

This is the third version of the ship with The Milano Spaceship Rescue (76021) from the first movie and the latest one being in The Milano vs. The Abilsk (76081).

The build is straight-forward and it utilizes some fairly rare parts that are included with the set. The rarest one is the trans-white 2×2 sloped piece used for the windshield. Next is the newer 2×3 shield tile piece. Finally there’s the Beam 1M with three Balls Ø5,9 which was mostly used for the Nexo Knights Battle Suits. 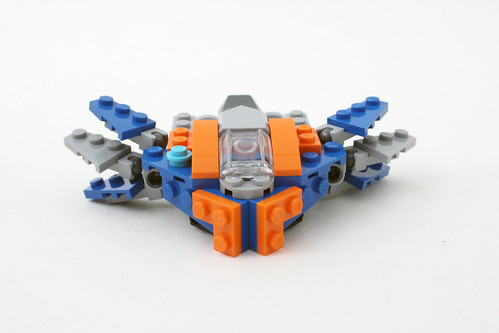 The design is pretty spot-on to the larger version of the ship. The front has the unique V-shaped nose while the six wings use the aforementioned Beam 1M piece. If you look closely at the front of one side of the ship, there’s a medium azure stud piece to give some detailing. 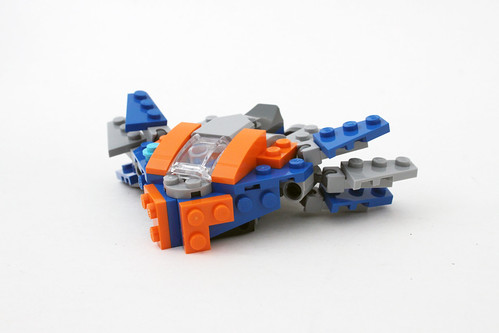 The thrusters on the back are on Technic pins so they can be angled straight back or downwards. 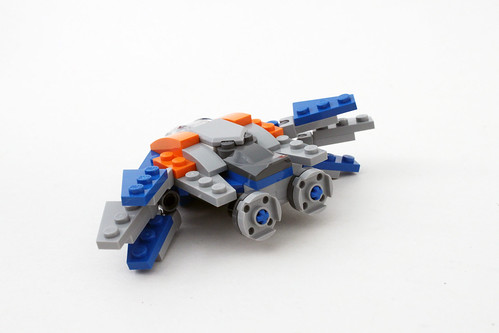 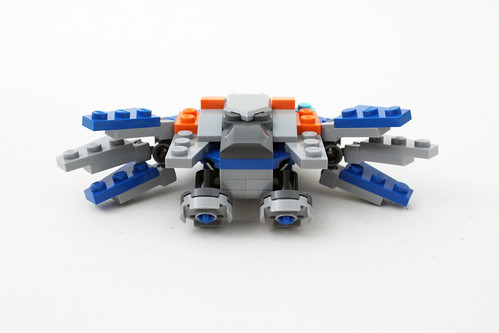