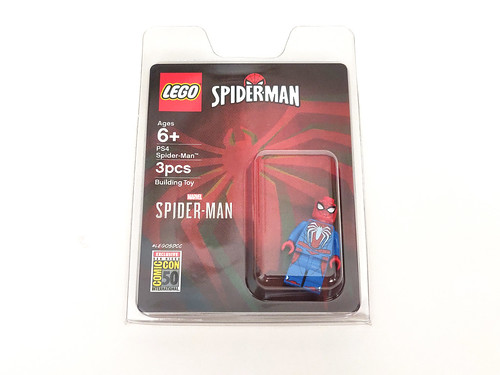 The first official day of San Diego Comic Con 2019 is now over, at least for me, and LEGO’s minifigure giveaway today was for the LEGO Marvel Advanced Suit Spider-Man from the hit PlayStation 4 game. The way the minifigure was given away was reverted back to before where everyone waited their turn on the iPad to see if they won or not. There are some new changed that have been implemented to the way the giveaway was done. First was the time change to ~9:30am from 12pm from previous years. Also the amount of people who were able to win has been increased dramatically. According to the rules sign that was posted, for every five people that went in, four would win and it showed. 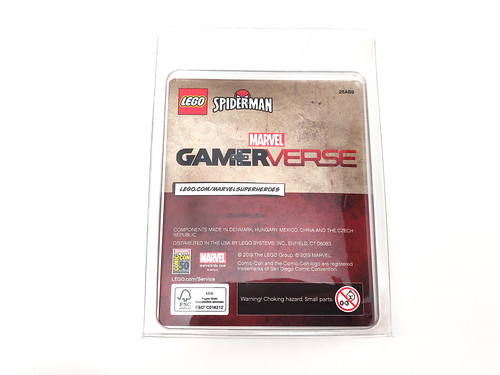 The eyes on Spider-Man’s head have some silver metallic around the upper part of it. The rest of the head has some webs on the front as well as on the back. There is a large white spider on both sides of the torso to go along with the classic red and blue color scheme. The legs have some of the red on the side and there’s also some red toe printing. 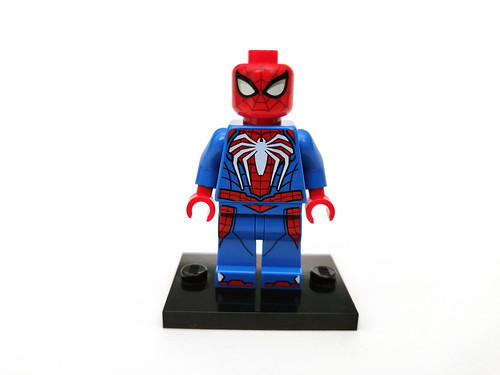 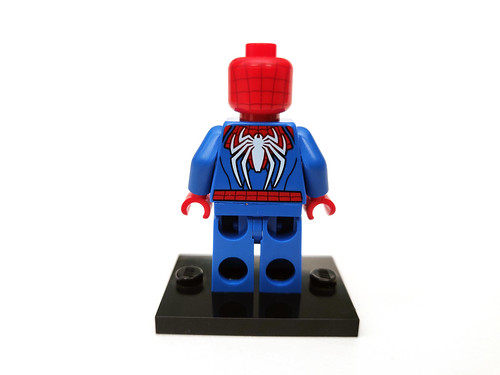 LEGO has revealed one of the exclusive SDCC 2019 LEGO Minifigures with the Advanced Suit Spider-Man from the 2018 Playstation 4 Spider-Man game. There are no details yet on how to get it whether it’ll be part of the lottery or the old lining up way.

Update: Attendees will have a chance to win this minifigure in a randomized instant-win drawing on Thursday, July 18. Additional details will be available closer to the show.