A few days ago, Alice Finch announced that she has joined the BrickLink Team as their Chief Communications Officer. Her new duties are to be the voice of the users on the site and is there to help assist people with the questions that they have. Alice will also be working alongside a team that will manage any issues that come up as well as managing the volunteers of the BrickLink. In addition, she will be working on some future releases of BrickLink and the team is eyeing Spring 2014 to have a rebuilt site. As you may or may not know, BrickLink was sold earlier this year to Jung-Ju “Jay” Kim who is also the founder of gaming company Nexon. Jay is also an AFOL and has vowed to revamp the current site.

One of BrickLink 2.0’s focus is not to be a marketplace for buying and selling LEGO items but to also be a community. Currently, the site does have a forum but it is very outdated and needs an overhaul so the changes will able to make it a closer knit community. Alice notes the new updates will allow people to not only display their MOCs but to sell them as well.

Alice has done an interview with Beyond the Brick and she goes in-depth on more things they are work on at BrickLink. She also talks about many of her builds including her Hogwarts Castle. She has also posted images of her newest creation, the Quiddich Pitch. If you have some … Continue 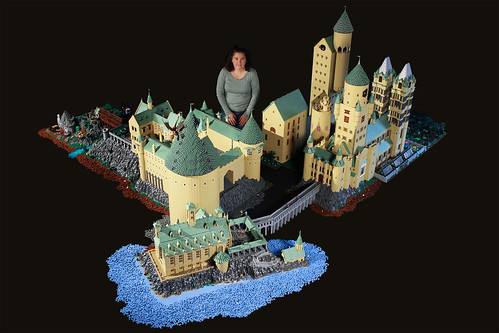 There are regular LEGO Hogwarts Castle sets produced by LEGO and there’s Alice Finch’s version of the iconic castle from the Harry Potter series. Her 400,000 brick build of the Hogwarts School of Witchcraft & Wizardry won both “Best in Show” as well as “People’s Choice” as BrickCon 2012. She was recently interviewed by The Brothers Brick, which I highly recommend reading, where the massive structure was officially unveiled on her Flickr page. As a big Harry Potter fan having read the books and seen the movies, the sheer amount of bricks and the time it took to build it is unfathomable and to get all the small, intricate details within Hogwarts is just pure awesomeness. Although I’ll never be creating something so spectacular, I can at least enjoy looking at the pictures and immerse myself in the world of Harry Potter. 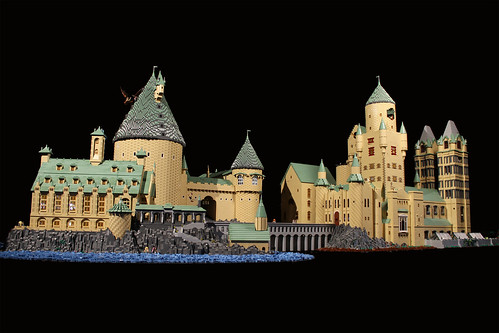 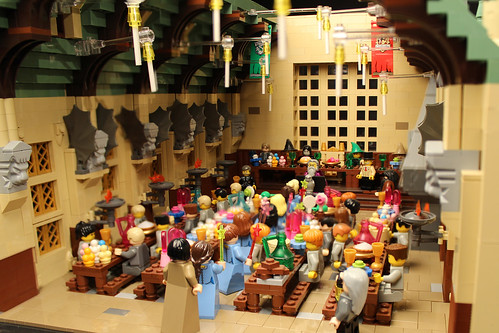