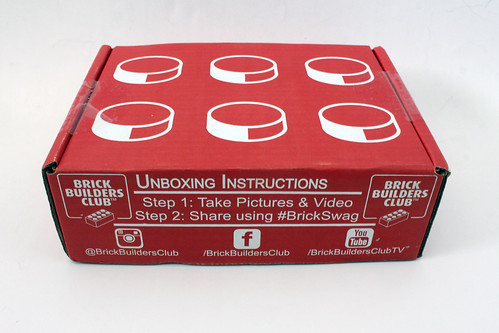 The end of April was pretty busy for me as I flew out to attend Philly Brick Fest. While I was there, I received the Brick Builders Club subscription box for April but didn’t get a chance to review it. Today I received the May 2015 box and instead of doing two separate posts for April and May, I might as well combine them into one post. In short, the April box consisted of the exclusive t-shirt, a LEGO Legends of Chima Nest Dive (70105) Speedorz set, five Funky Fig cards, a poster, a 2×3 red #BrickSwag brick, and the Build magazine. 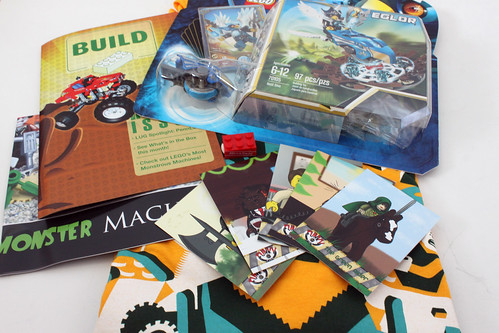 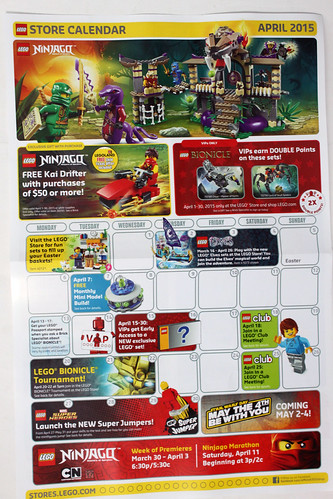 The month of March just started but the April 2015 LEGO Store Calendar of promotions and events are also available so let’s do a rundown of everything going on next month. I’ll have clearer images of the calendar once LEGO updates their site.

From April 1-30, you can get a FREE LEGO Ninjago Kai Drifter (30293) polybag with purchases of $50 or more or while supplies last.

For LEGO VIP members only during the whole month, you can earn double VIP points for purchasing LEGO BIONICLE Onua – Master of Earth (70789) and Lord of Skull Spiders (70790).

On April 7, the LEGO Monthly Mini Model Build will be UFO.

From April 13-17, you can get your LEGO Passport stamped when you ask about LEGO BIONICLE.

From April 15-30, LEGO VIP members get early access to a new exlusive set. Our source has told us that it will be the LEGO The Simpsons Kwik-E-Mart (71016). The official reveal of the set will be sometime later this month. The general release date for the set is May 1.

On April 20-22, there is a LEGO BIONICLE Tournament at 5pm. You can earn a BIONICLE poster for participating.

From April 27-31, there is a LEGO Super Heroes Super Jumper play at the LEGO Store. 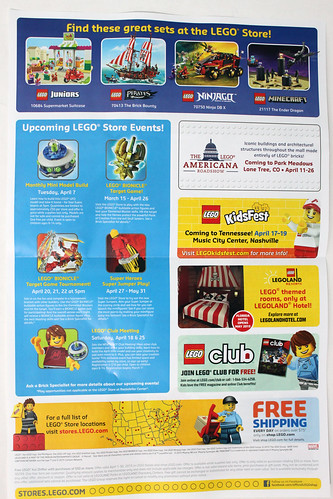