Back on Black Friday, I purchased a couple of LEGO books that were on sale and one of them included the DC Universe Super Heroes Batman Visual Dictionary by Dorling Kindersley Publishing. The book has 96 pages of almost everything you may want to know about the DC Universe LEGO sets. The book begins with a timeline of all the Batman sets starting in 2006 with the Batman Dragster: Catwoman Pursuit until the most recent DC Universe themed sets in 2012. It also goes in-depth describing all the vehicles in every single set and giving facts that you may have never knew about. In the back of the book, it tells you about the design team and how they come up with ideas for the sets. 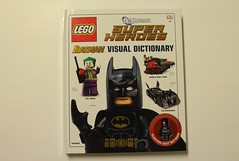 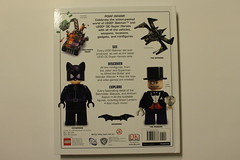 As a bonus with all LEGO dictionaries, you also get an exclusive minifigure with the book. In this book, you get the Electo Suit Batman. It is the same suit that you can find in the LEGO Batman 2: DC Super Heroes video game. 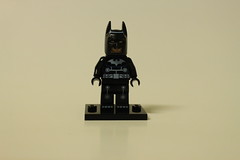 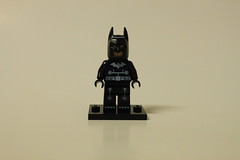 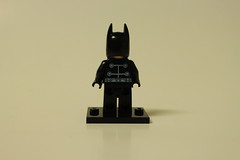 Overall, it’s a nice small book to add to your collection. It makes a good coffee table book as well. The Electro Suit Batman minifigure right now is is worth more on BrickLink than the cost of the book itself.