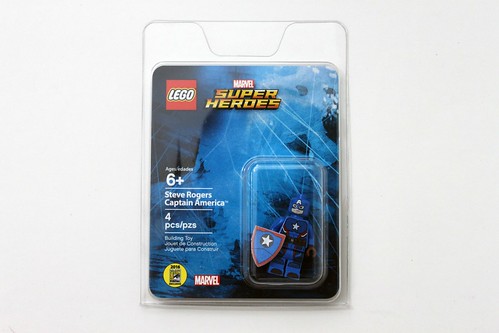 This past Friday and Sunday at San Diego Comic Con 2016, LEGO gave attendees a chance to win the exclusive LEGO Marvel Super Heroes Steve Rogers Captain America minifigure. In order to have a chance, people in the front stood in line for at least 2 1/2 hours and they tap the iPad provided to see if they won and the prize was given at the spot. The giveaways were also done on social media for those who weren’t able to attend. 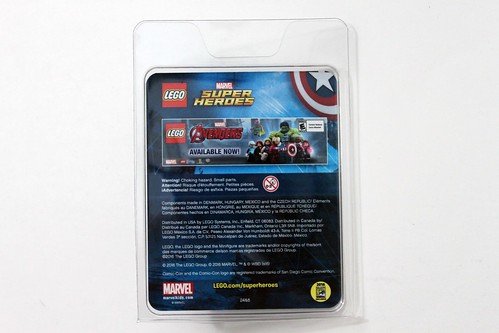 Like with the DC Comics Super Heroes Atom and other previous exclusive minifigures from SDCC, Captain America comes in a clamshell case. The insert has a nice dark blue background with the SDCC 2016 logo on the bottom left alongside the Marvel logo. The back has some advertisement for the LEGO Marvel’s Avengers video game. 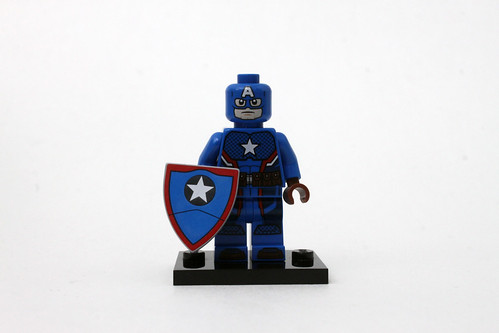 As for Captain America minifigure itself, this variant is based on the recently released Captain America: Steve Rogers #1. He has an all-new outfit that is still prodomiently his usual blue, red, and white. There is the star on the middle of the chest and some red and white stripes below it. He also has some belt printing that goes around the back. There Cap also has a star in the middle of the back. The legs continue with the printing of the suit as well as some boot printing on the front. The head appears to be new with him wearing his mask. There’s also some detailing on the chin area to give it some definition. Captain … Continue