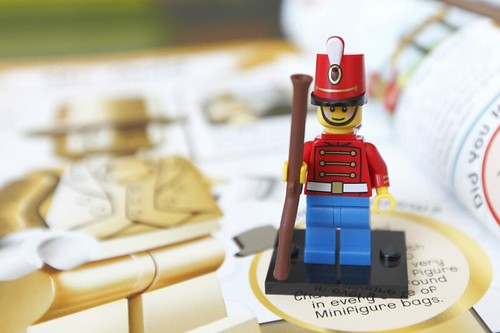 Last year, we reported there will be a brand new LEGO Minifigures: Character Encyclopedia being released this year but weren’t sure what the exclusive minifigure was. Today, Hong Kong LUG (HKLUG) revealed what this minifigure will be in the DK Book. As you can see in the image above, it will be a Toy Soldier in a red and blue colored uniform with a rifle and a wind-up key.

The LEGO Minifigures: Character Encyclopedia will feature all the minifigures from Series 1 through 10. The book has 208 pages and will retail for $18.99 and will be available May 1, 2013 but you can pre-order it on Amazon

In one of the images from the book, Mr. Gold from Series 10 is also featured. The description for him is as follows:

Somewhere out there is a very special Minifigure called Mr. Gold. Shiny and golden from the top of his hat to the tips of his toes, he never turns up exactly where and when you are looking for him. If you do happen to spot him, it is said that you will be lucky all day long!

Mini Facts
Likes: Being found by accident
Dislikes: Fingerprints on his spotless finish
See Also: There’s no one else like Mr. Gold!

Did You Know?
Mr. Gold was created as an exclusive character to celebrate the 10th series of LEGO Minifigures. He is very rare and the only figure that can’t be found in every case of Minifigure bags. 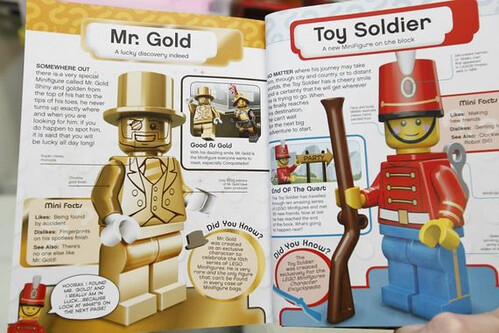 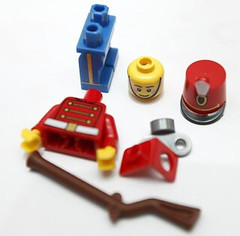