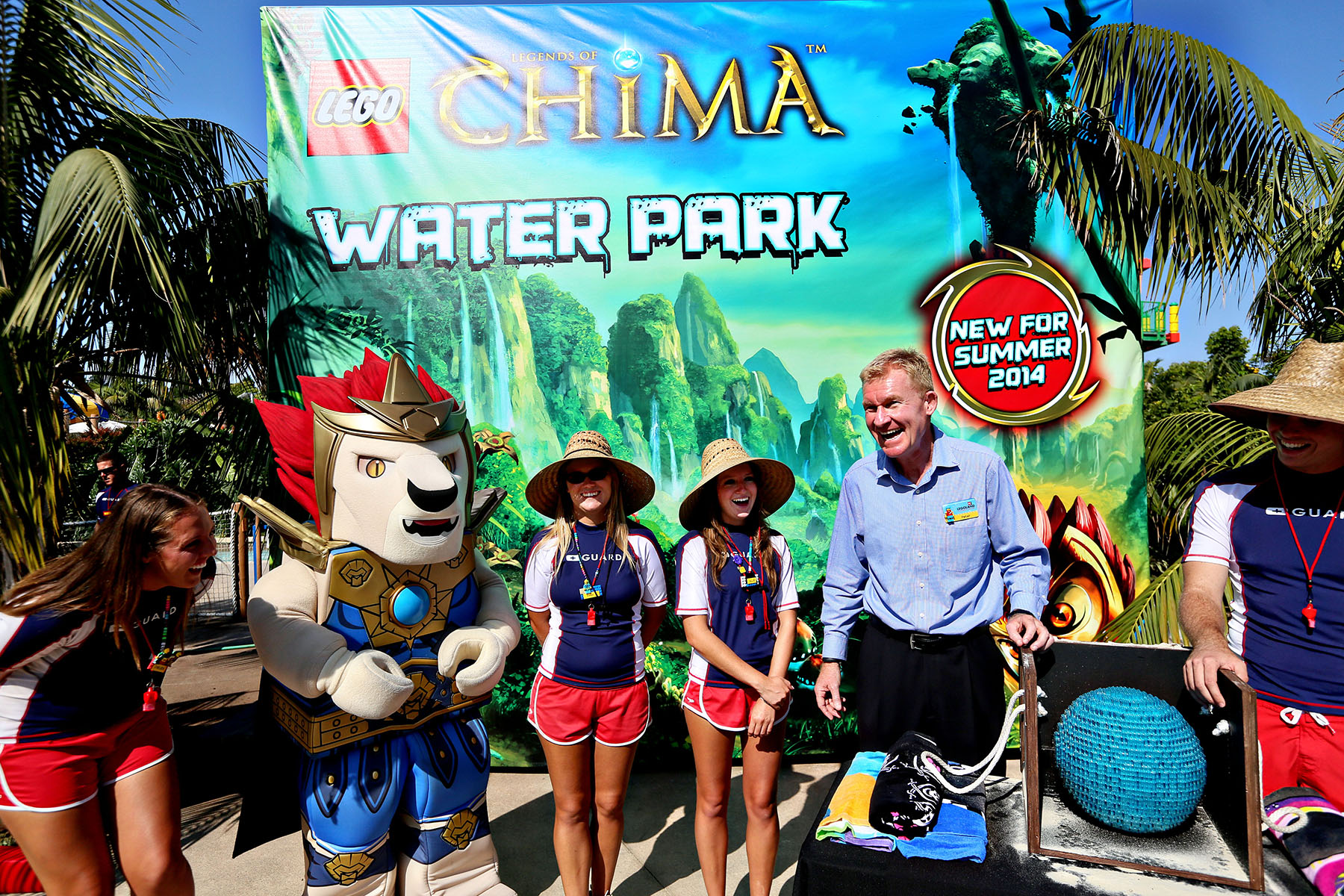 The LEGO Legends of Chima Water Park is based on the LEGO Group’s newest hit product “Legends of Chima,” where animal tribes battle in a mystical land for control of the precious energy source called “CHI”. The Lion Temple Wave Pool is the marquee attraction in the new Water Park where guests make their way through a LEGO lion archway as Mount Cavora releases 400 gallons of water every minute into the wave pool. An animal from each of the eight animal tribes is represented on Mount Cavora and families will enjoy spending the day splashing about one of the many water features in the pool, playing with oversized soft LEGO brick and soaking in the sun.

Lion Temple Wave Pool is the centerpiece of our new Water Park where you’ll make your way through a LEGO archway and into an interactive wave pool designed for families with young children.

Cragger’s Swamp is a hands-on water play area that invites you to ride water slides, blast water cannons and jets and slide through the head of a massive crocodile. More than 50 interactive