So 2013 is now over and now time to take a look back at what took place last year on The Brick Fan. Many things happened in 2013 but the biggest thing was the amount of traffic that we got on the site. We had over 185% increase of page views from 2012 to 2013. In addition, the site had over 235% more unique visits than in 2012. Finally, we had over 185% more first time visitors than in the previous year. We look forward to improving those numbers in 2014. 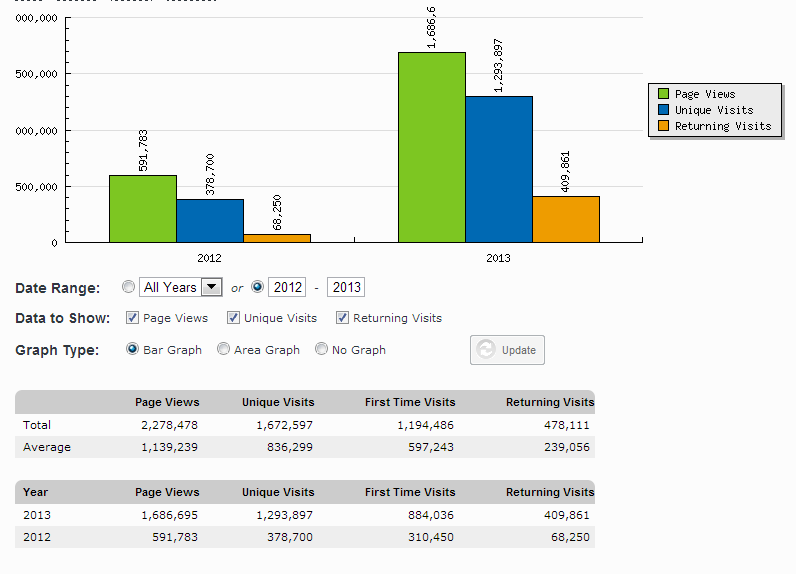 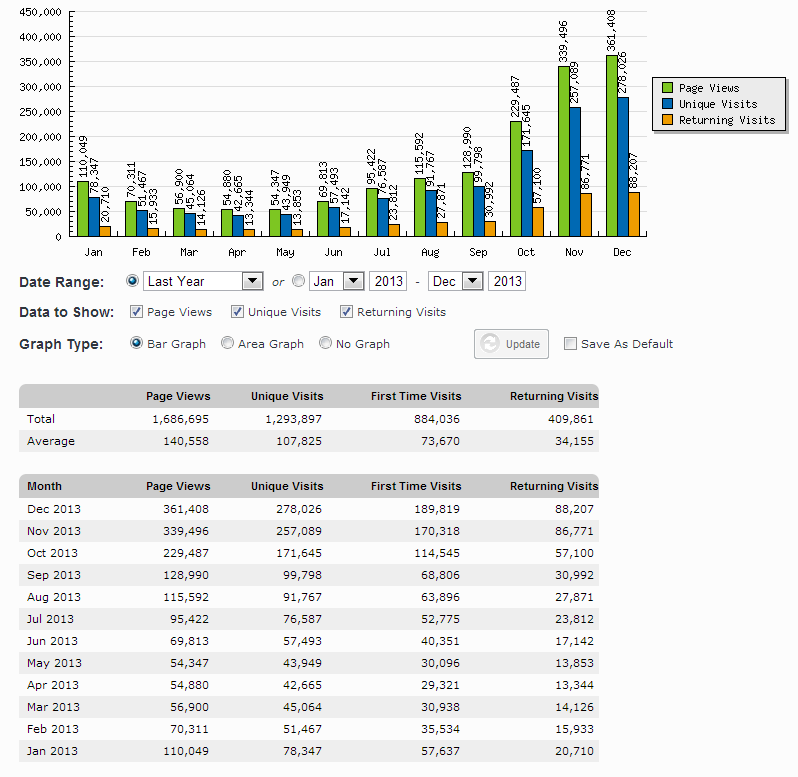 Next up is the number of “likes” on our Facebook Page. From 2012 to 2013, we had 545 new likes and are looking to gradually increase that number over the course of the year.

Over on our Google+ Page, we have over 2600 +1 on the page itself and over 200 have us in their Circles. That’s a lot considering Google+ is not as popular as Facebook but social media trends are changing as we speak and we hope to grow that community this year.

On Twitter, we had over 600 new followers and will most likely pass 3,000 sometime this year.

Measuring our visitors, as of this writing, the site is ranked 41,035 in the United States on Quantcast and 337,265 globally on Alexa.

Over the course of the year, we had 781 posts which is an average of about 65 per month. In those 781 posts, we had 985 comments posted on the articles. We tried to get LEGO related news to our readers as quickly as possible and I feel that was accomplished to an extent although I’m pretty sure that I missed a lot of news as well. The most popular post during 2013 was not LEGO set related but a guide to getting the red Deadpool Bricks on the LEGO Marvel Super Heroes video game which had over 27,000 views alone.

Finally, I would like to take this opportunity to thank all of the people I’ve interacted with in the LEGO community as well as everybody who visited the site and provided input, whether it being comments to promote discussion or tips of LEGO sets hitting the shelves. Although I still believe that I’m still one of the smaller LEGO sites on the Internet, I really appreciate all the feedback that I get to help motivate me to keep the site going. Without our loyal readers, I guarantee this site wouldn’t be here. If I could personally thank each person who came by during the year, I would. In the meantime, thank you everyone! Feel free to stay connected through all our social media sites listed above or on the sidebar on the right. You can also email me directly at [email protected] if you have any questions or comments.

For 2014, my goal is to keep bringing you the latest LEGO news and reviews. So Happy New Years and may 2014 bring you more LEGO goodness!