The LEGO Batman Movie completionists, it looks like there is another thing to collect for the upcoming movie which is a Battle Pack (853651). It is similar to other packs that LEGO has released such as for Nexo Knights and City which includes minifigures and a build. For The LEGO Batman Movie one, it has minifigures of Chief O’Hara and a couple of police officers along with a Bat-Signal build which is slightly different than the one we get from the LEGO Store exclusive Search & Find Accessory Pack (5004930).

There’s no word on when The LEGO Batman Movie Battle Pack (853651) will be available but expect to find it in LEGO Stores and on [email protected] in the near future. 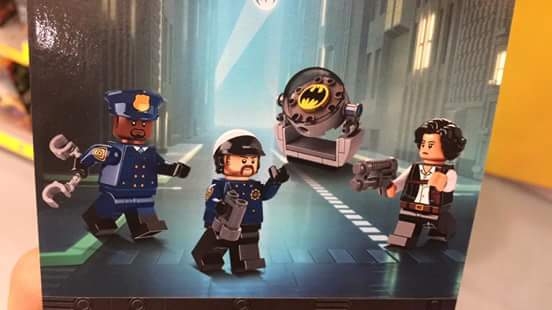