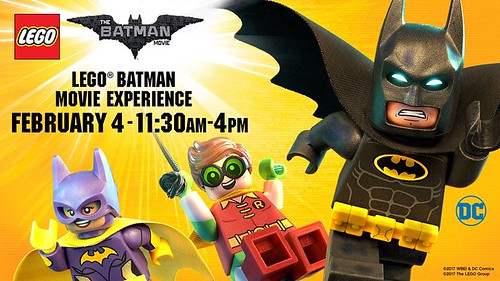 If you went to The LEGO Batman Movie Experience at Walmart stores yesterday in hoping participate in the event, a majority of you were probably met with disappointment. For many of the 600 stores listed that were set to partake in the event, nothing actually happened there. For those lucky to have a functional event, there was a lot of activities to do including getting the free Accessory Pack (5004930) which is the same as the one as you get for doing the LEGO Store Batman Search & Find. For others, they were met with cardboard cutouts and empty tables.

I’ve had plenty of comments by readers who said that Walmart knew nothing about the event and blamed it on the third-party vendors. It’s not sure if the vendors were part of Warner Bros. or LEGO or just contractor but nobody showed up and people, not surprisingly, were upset to put it nicely. Some readers even took an extra step and called ahead to confirm if their stores were participating but were still met with frustration. Even LEGO had to come out and comment on the events page on Facebook to clarify what was going on.

Clearly, there was very little communication between companies and it’s surprising to see that especially for very anticipated movie like The LEGO Batman Movie. Obviously this hurts the LEGO brand even if it turns out that they weren’t at fault as people were excited about the event and took time to go there but were letdown. Hopefully they can take this as a learning experience for future events.

If it’s any consolation, Toys R Us will be having their own minibuild event to build Emmet’s Bat-Car this Saturday. Be sure to get there early as I predict that it will be a very popular event, even more so since the Walmart one was a failure.