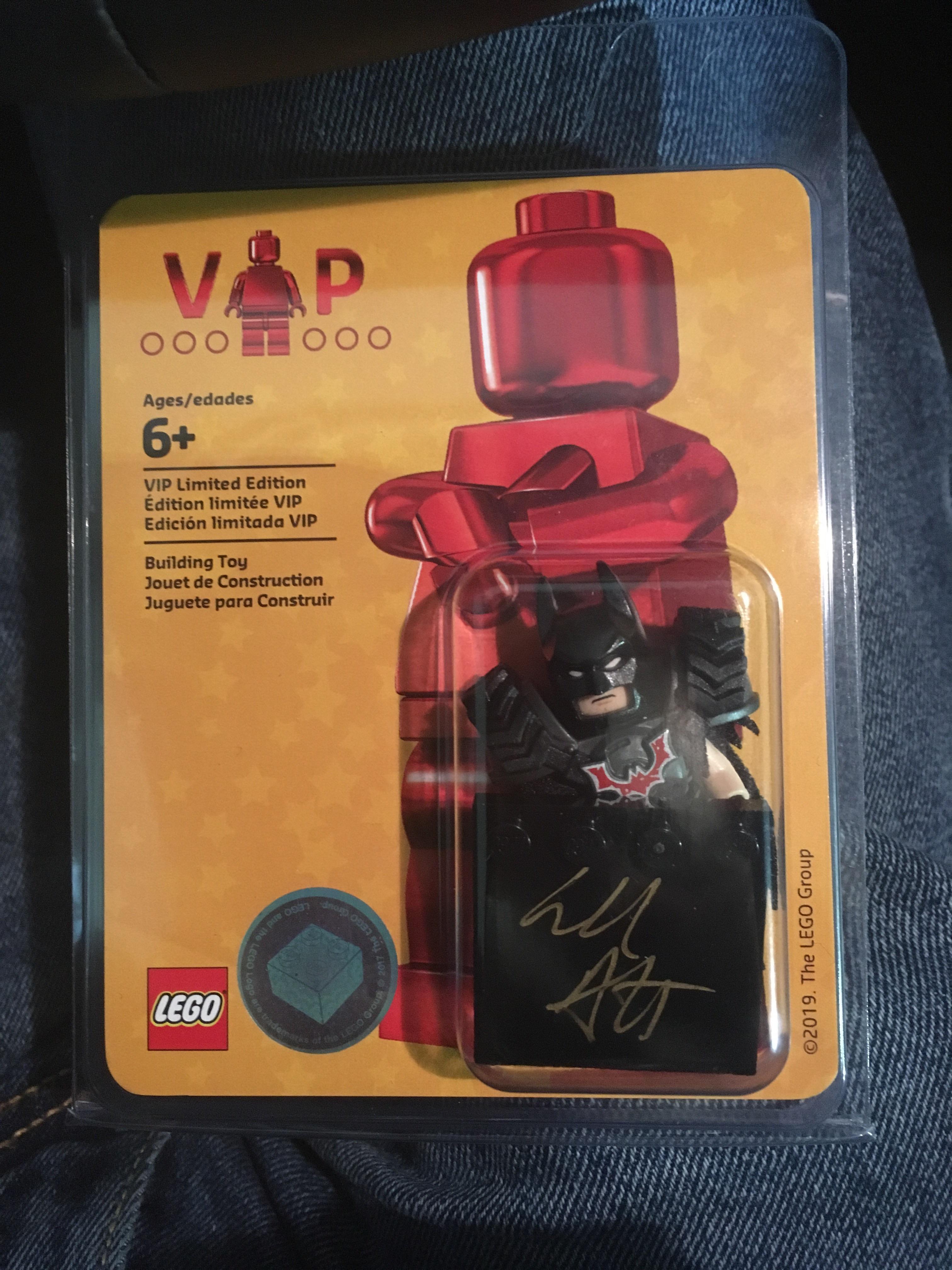 Here’s a very interesting promotion item that only a handful of random LEGO Brand Stores were giving out yesterday to promote The LEGO Movie 2. Over on Reddit, there’s an image of a signed Will Arnett LEGO Batman minifigure and according to the thread, nine stores across the nation were giving out signed minifigures for people who made the first The LEGO Movie 2 purchase of the day. This particular one was from the LEGO Store at Paramus, NJ. I’m not sure if the minifigures are all of Will Arnett or a variety of the voice actors but I think this a really cool promotion for the movie since people didn’t know about it and people got it as a surprise that will probably be their highlight of the year. If you got one of these signed minifigs, let us in the comments below.

Update: It looks like the minifigures are from all the voice actors as there is a Tiffany Haddish Queen Watevra Wa’Nabi one from Twitter.

Went to chandler LEGO store this morning to buy new blind bags for the upcoming LEGO movie 2 and got the surprise of our life! A signed Tiffany Haddish minifigure!! #Legostore pic.twitter.com/4dhL15GYKi