Continuing on with our reviews of The LEGO Movie sets, today we have the smallest set from the line, the Getaway Glider (70800). Like the Melting Room, the set retails for $12.99 but it only has 104 pieces which is a no so good $0.12/piece. The box contains two un-numbered bags, a brown horse, one instruction booklet, and a small sticker sheet. 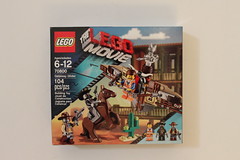 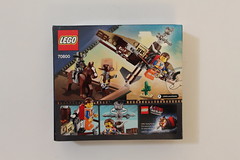 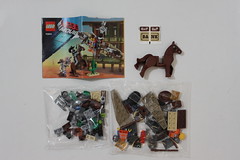 There are three minifigures included in this set: Emmet, Sheriff Not-a-robot, and Deputron. Emmet is the same minifigure we’ve seen before in previous reviews in his orange construction outfit with the Piece of Resistance stuck on the back. Nothing too special here. 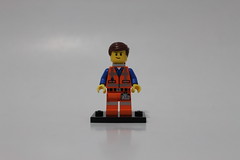 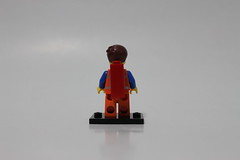 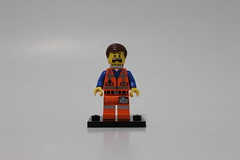 Since we have a western-styled set, we also have a couple of cowboy robots. The first is Sheriff Not-a-robot. It wears a black outfit with a sheriff badge on the torso. What makes the minifigure a good one is the handlebar mustache piece. You also get an extra one as well. It wears a nice black cowboy hat with a star printed in the middle. Its accessories include two revolvers. 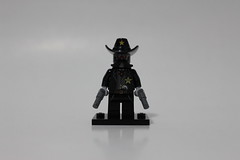 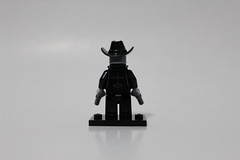 The Deputron is most likely Sheriff Not-a-robot’s henchman. It is also dressed in a western attire with a badge printing on the torso and belt printing on the legs. The head has a bit of a Battlestar Galactica Cylon thing going there. Its accessory is a guns with the clip on top. 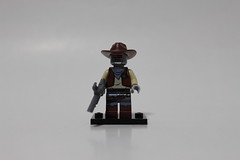 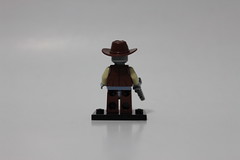 There are technically three parts to the build: the horse, a small cactus, and the glider itself. The horse is the same one we’ve seen before. It can either have the saddle on or have the bricks to complete it. The cactus is simply created by with green 1×1 round bricks on a tan plate. 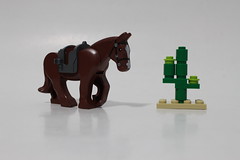 The glider is in a word, interesting. It looks like Emmet built it with random parts that he just found and used to getaway from the robots. On the top of the glider is a weather vane complete with a rooster and directional arrow attached to a barrel. Right in front of the barrel and above Emmet’s “seat” are a couple of cattle horns which are only in one other set. Emmet doesn’t actually have a place to stand on the glider. There is a black 1×2 plate with knob that attaches to the Piece of Resistance on Emmet’s back. He is secured by holding on to a chain that goes aroun the torso. That doesn’t sound very safe does it? The wings are a couple of 3×8 dark tan pieces with a bunch of randomness attached to it. There are a couple of signs that Emmet added on to the glider including a “Bank” and “Keep Out” sign. 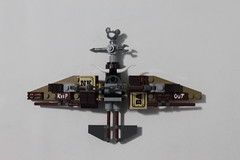 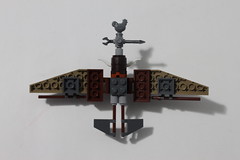 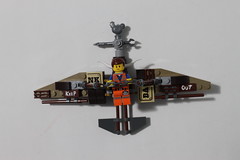 The Getaway Glider (70800) overall is a fairly decent set. The glider itself is ok and all the small parts on it makes the actual piece count bloated. The downside of the set is that it could’ve been a cheaper set considering the number of parts you get. If you are choosing between this or the Melting Room for a small set, go with the latter. This set is available at LEGO Stores, [email protected]

, or any major retailer. 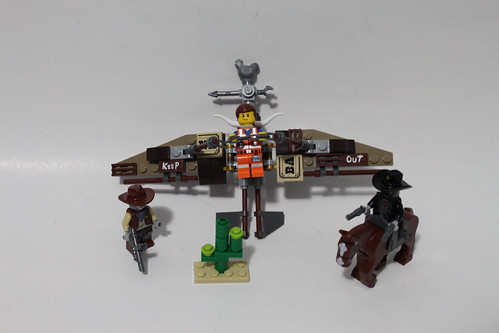