The LEGO Movie is the hottest film in theaters and there are some LEGO polybags that tie into the movie. One of those polybags is the Super Secret Police Enforcer (30282). It contains 40 pieces and retails for $4.99. 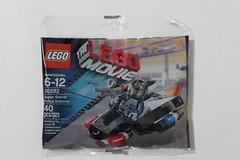 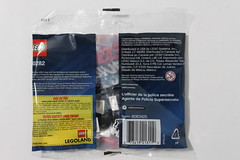 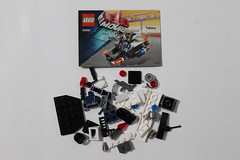 . It wears a blue uniform with printing for its badge, microphone, and belt. The legs have some kneepad printing. It wears a black helmet with black visor. The helmet also has the Super Secret Poilice emblem in the middle. Its accessory is one of the new blasters with a clip on top. 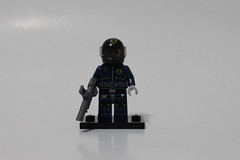 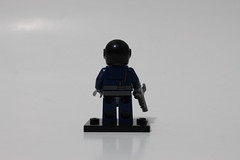 The Enforcer is a little speeder-type vehicle that is very simple to build. It has a sleek look but there aren’t many features on it. At least it is swooshable. While the Robo SWAT is flying the ship, there’s no place for it to attach the blaster so it is flying with just one hand. 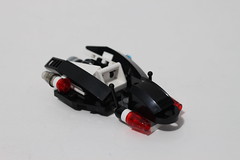 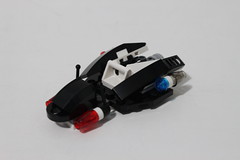 The Super Secret Police Enforcer (30282) polybag is a decent polybag. It is a little overpriced but since it is a Toys R Us exclusive polybag, it is what we would expect. I don’t remember seeing it in the movie but it was most likely in it. The movie was so action-packed that you probably miss it if you don’t watch closely. 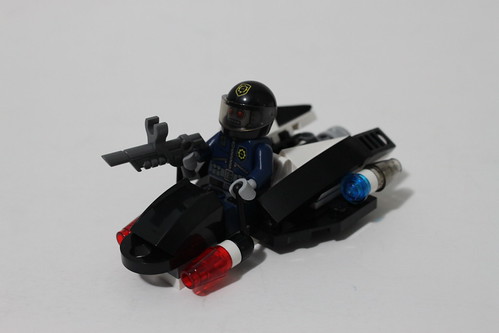