The LEGO Movie Video Game was released the same day the actual movie came out. I’ve been playing it for the past week and here’s my take on it. Like many other LEGO video games, it was developed by Traveller’s Tales and retails for $49.99/$59.99 depending on which system you got the game on. This review will be based on the Playstation 4 version. **SPOILER ALERT** 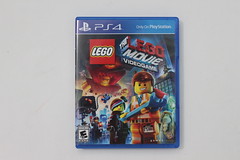 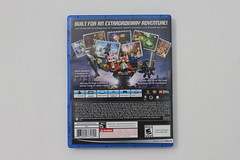 There are a totsl of 96 characters that you can unlock throughout the game including a majority of the ones that was seen in the actual movie. While playing through the story mode, you can unlock many of the characters after each stage is completed. Even though you’ve “unlocked” them, you would still need enough studs to purchase them for use although a number of the major characters are given to you for free.

Each character has their own abilities and some are a lot more useful than others. For example, I would mainly use characters that can do multiple things such as Superman who can fly and destroy gold bricks. Another character that I would use a lot is Wonder Woman because she can also fly as well as use her lasso at grapple points.

Like other LEGO games, The LEGO Movie follows the same forumla with its Story mode and Free Play mode. In the story mode, you are assigned various characters to use and you have to solve puzzles to complete the level. You will find that some puzzles you are not able to complete because they require someone with a specific ability. That is where Free Play comes which I’ll talk about a little later.

There are 15 levels in the Story mode and it pretty much follows the movie to a T. Instead of watching the movie, you get to reenact the scenes that you’ve watched. Thoughtout the Story mode, you’ll get to watch many cutscenes taken straight from the movie so if you haven’t watched it yet, I recommend not playing the game until you do. Although there are many scenes that make it feel like you’re actually watching the movie, there are some scenes that are cut out from the game including some pivotal ones at the end of the movie, which is a good thing.

Like I’ve mentioned before, there are puzzles that you must complete to advance in the game. These puzzles are very simple that young children who are playing will have no problems solving them. There is also another mini puzzle called Instruction Build where you have to find the right pieces to create the object. It has a studs timer that ticks down so the faster you find the right piece, the more studs you can earn. 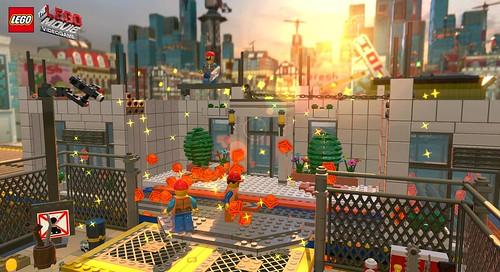 Another minigame is Guitar Hero like game, playing to the song of “Everything is Awesome!”, where you have to press the correct button at the right time to keep the characters dancing. There are two places in the game where you have to do this. If you get Awesome on every beat, you can earn achievements/trophies for it.

Finally, there are Benny hacking minigames inserted throughout the game. It is pretty much a Pac-Man kind of game although you don’t have to collect the studs. The object is to upload a virus to the computer at certain locations without getting hit by the enemies.

Completing a level gets you a hard-earned Gold Brick. There are only a total of 70 in this game so you can tell that it’s a lot shorter than previous LEGO games. While you collect studs in the levels, there is a meter that fills up at the top of the screen. If you get 100%, you will be called “The Special” and that also nets you another Gold Brick. There are also Red Bricks, Golden Manuals, and Pants that you can find in the levels but most of them require you to use free play to get because of the abilities needed.

Although you get to run around and do many things in the Free Play mode, it is not totally open world. The levels that you can replay are in separated into four different hubs: Bricksburg, The Old West, Cloud Cuckoo Land, and the Octan Tower. In every hub, there is a station where you can change your pants with the ones that you’ve picked up while playing through story or free play mode. Each pair of pants have a different ability and animation. In the Bricksburg hub, there is a billboard where you can enter codes to unlock characters. You can find these codes in some of the actual LEGO Movie sets.

Another hub that the game has included is Bonus Room. This room has no enemies but is filled with studs that you can collect. There are 10 total Gold Bricks that you can find in this room. Also you can build some cool vehicles with the Golden Manuals that you’ve collected in the regular levels.

The visuals are very colorful, very reminiscent of the movie visuals. Everything in the game is made of LEGO bricks. Everything! From the water to explosions to the dust clouds. This also means that a lot of things can be destroyed. If you think that something can’t be destroyed, try swinging at it. You might be surprised. It is amazing to see how the game designers created everything from LEGO bricks. It is also nice to see that the game has implemented all the locations that was seen in the film, each with their own distinct feeling.

The game music and sound effects are pretty spot on. The music that was used are pretty much from the film including the highly addicting theme song, “Everything is Awesome!” The voices are pretty good as well. Although the voice acting is not the same as the people who did the film, they’ve done a great job of getting them pretty close to the original except for Superman. There are also some funny quotes throughout the game from many characters including Vitruvius and his ledge walking quotes.

Overall, The LEGO Movie Video Game is a decent one. One thing that I didn’t really like about it was that it was short. I managed to complete it, with all trophies, in less that a week and that’s with a couple of days that I didn’t even play it. Considering that the movie was only 100 minutes and the game was condensed to about 7-9 hours, it did its job well. The game is pretty straightforward and very easy to get into. It didn’t stray from the storyline but it kept me engaged. Another thing that the game could have been better at were the puzzles. They seemed a little too easy. Although the game is marketed to younger children, they would probably have no issues solving the puzzles. However, the Instruction Builds could test children’s motor skills in identifying the correct pieces. The visuals were eye-catching and the sounds were enjoyable. Would I consider it awesome? Probably not, but it was certainly delightful.

I will be doing an achievement/trophy guide in the next few days to help fellow players get everything they can in the game so stay tuned.