There will be a new The LEGO Ninjago Movie Activity Book called Garmadon Attack! coming out soon and included is an exclusive Cole minifigure. This version of him he has on a white training outfit does not not appear in any other set. These activity books are mainly for younger kids but for collectors, the majority of the value is in the minifigure itself.

You can currently pre-order The LEGO Ninjago Movie: Garmadon Attack! on Amazon for $8.99 with the release date on August 1.

An activity book with minifigure based on The LEGO(R) NINJAGO(R) Movie(TM) featuring a buildable Cole minifigure! Includes a mix of comics, puzzles, and activities that fans will love. 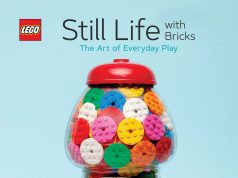