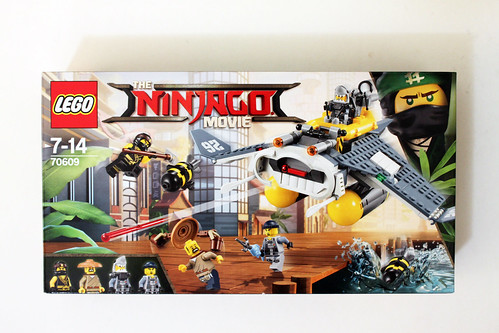 One of the more weird but interesting looking sets I’m reviewing next for The LEGO Ninjago Movie is the Manta Ray Bomber (70609). It has 341 pieces and retail for $29.99. 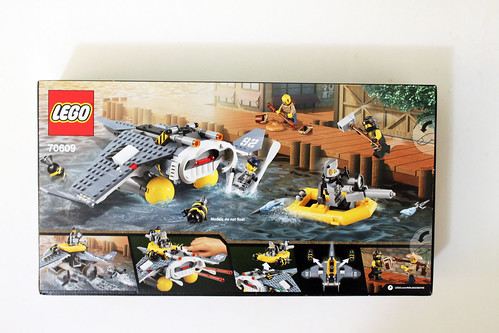 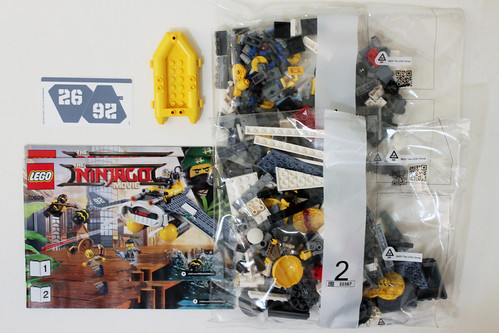 Cole has on a black colored outfit with some metallic gold detailing. Going down his chest are the letters that spell out EARTH. He does have a double-sided head with a normal look on one side and an angry look on the other. His accessory is a brick-built hammer. 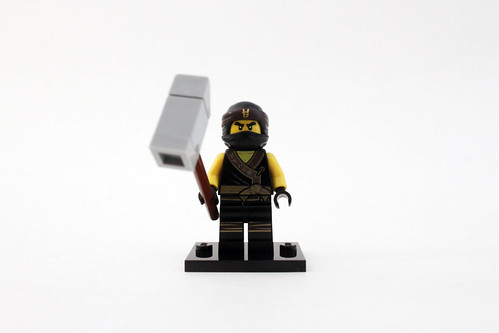 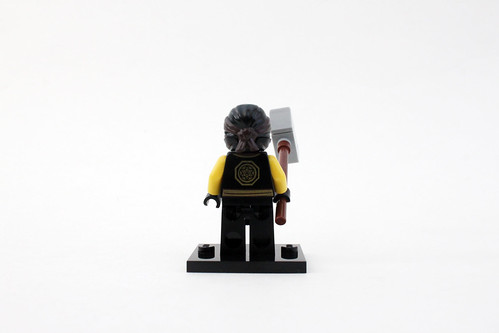 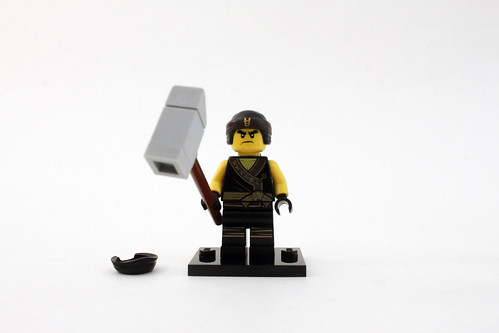 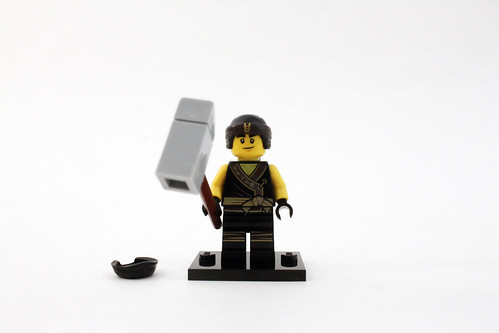 Shen Li is a local from Ninjago City and he wears a tan robe with some dark blue pants. Like with other citizens that I’ve reviewed before, he also has a scared expression. His straw hat is similar to the other straw hats in this wave but in a nougat color. Shen Li has a carrying pole with buckets on the ends. 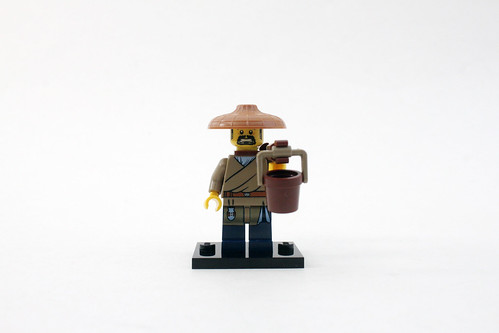 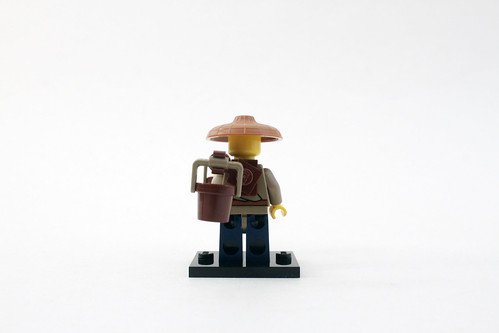 Great White, like with the other members of the army, has the same torso and legs as the others. He does have a air tank piece and the shark head mold goes over the head. I do like his head as it shows him with a stubble with some thick eyebrows. His accessory is a fish drill. 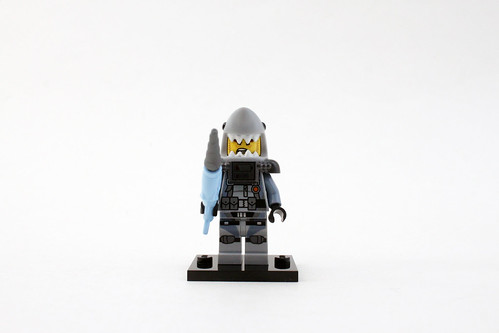 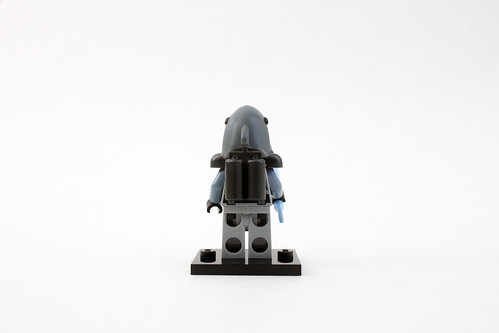 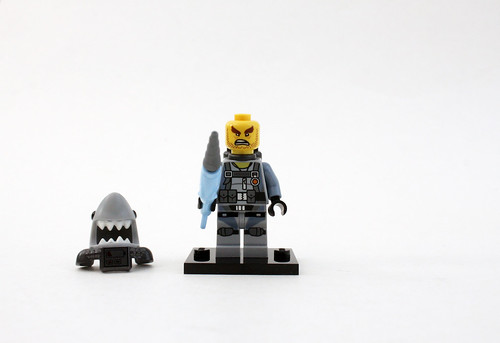 Finally, we have the Shark Army Gunner who isn’t that different from the other members of the army. His accessory is a fish sai. 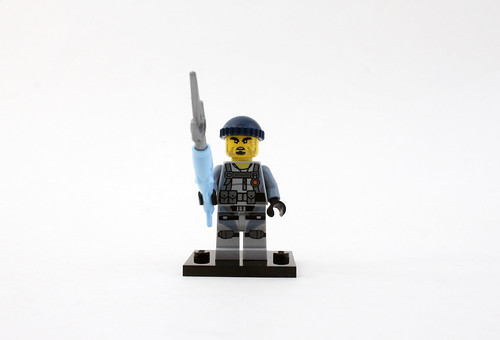 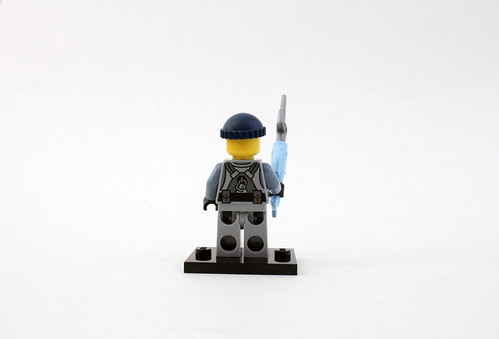 The design of the Manta Ray Bomber is pretty much from what we saw in the trailers, as far as what I can see. One of the main focal points of the ship is the front head area. It has the distinct shape of a manta ray especially with the uses of the white wheel fender pieces. Not so hidden are a couple of spring-loaded missile launchers inside the mouth. To launch them, there are a couple of levers you pull back at the top of the head. 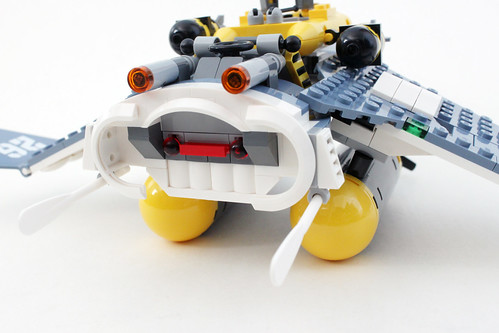 Right behind the levers is a detachable raft that is able to fit two minifigures. There are a couple of bombs that are clipped on to the sides of the boat as well. On the back of the boat is a non-functioning cannon with a magnifying glass as a scope. 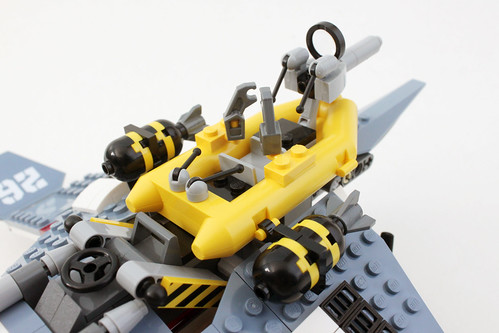 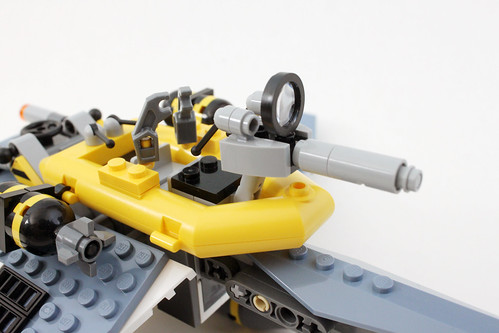 At the bottom of the Manta Ray Bomber are a couple of large engines with some propellers which allow it to fly. Speaking of flying the ends of the pectoral fins have a couple of stickers which is all there is for them. Honestly, you don’t have to add the stickers and it would still look fine. 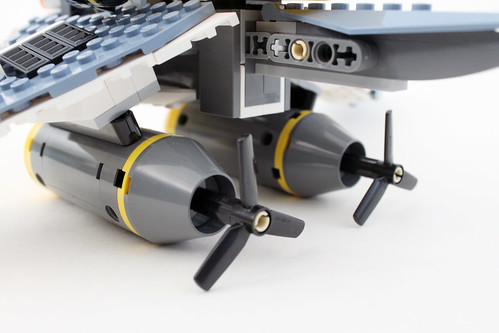 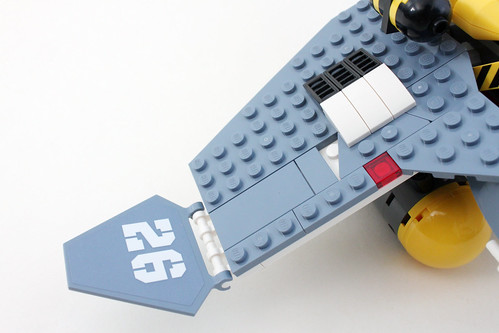 The LEGO Ninjago Movie Manta Ray Bomber (70609) is a decent set for the price. It doesn’t have many faults but it doesn’t jump out and wow you either. I do like the look of the set but there isn’t that much playability with it. 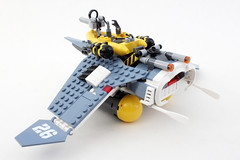 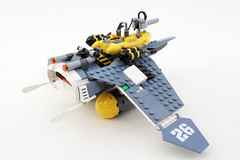 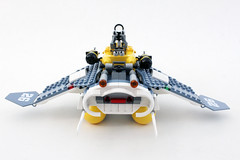 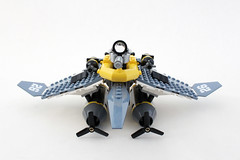 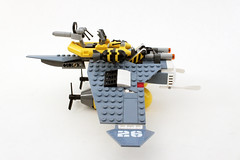 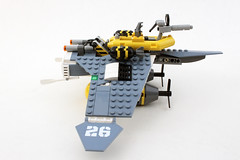 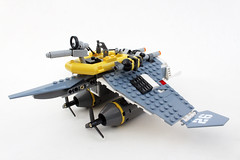 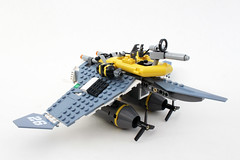 If you saw the trailers and wanted to build an army, this would definitely be the set to make one with. The two villains of Great White and the Shark Army Gunner are good army builder minifigures. 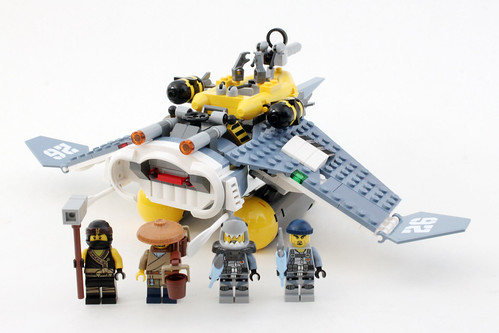