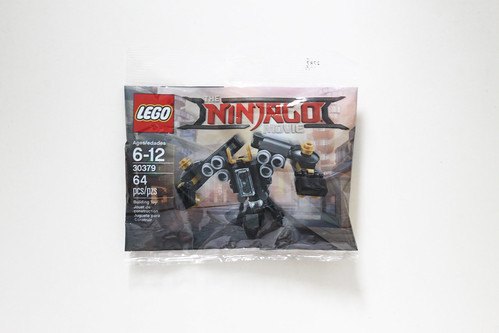 As I reported before, The LEGO Ninjago Movie Quake Mech (30379) polybag can now be found at Walmart and I’ve actually been able to find them. The polybag has 64 pieces and goes for $3.97 each and they can be found in a bin along with other LEGO polybags. 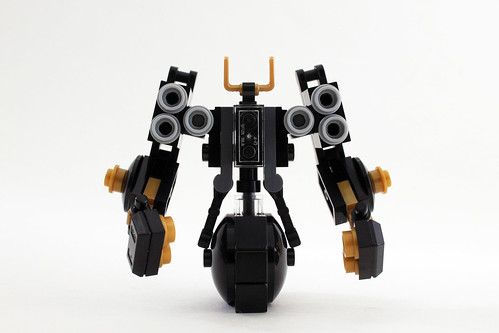 The build is pretty straight-forward and it actually has some articulation to it. The arms do have some movement as they have some ball socket joints. The hands are on clips and they can move as well. The most interesting part is the wheel. It’s flat at the bottom so it can easily stand up. There are a couple of clips to make it seem like they’re connected to the wheel but it’s only an illusion and it works quite well. 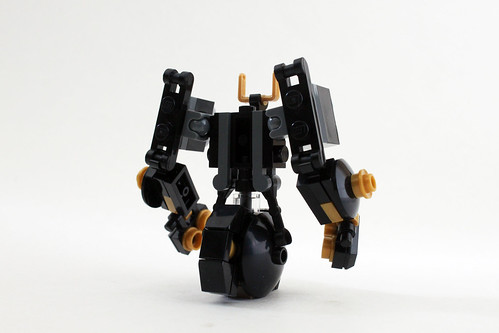 Overall I really like The LEGO Ninjago Movie Quake Mech (30379) polybag (Cole minifigure not included). I do like the look of it and it does recreate the mech we saw in the trailers very well. I don’t have anything to compare it to since there’s no regular scale set that has been released yet at this time. It is rumored that the Quake Mech will be released in the next wave of The LEGO Ninjago Movie sets. Until then, you can pick up this little guy at Walmart now. 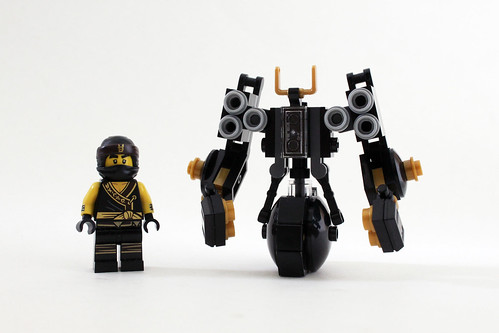