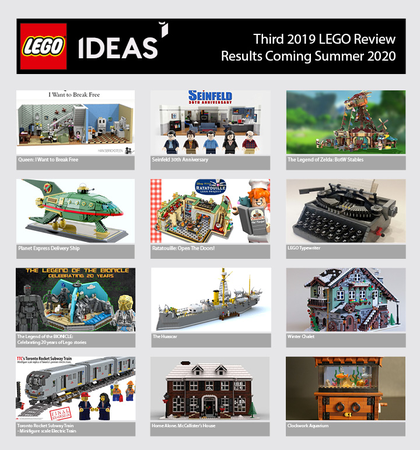 The LEGO Ideas Third 2019 qualifying period has now ended and there are a whopping 12 projects that have moved on to the Review Stage. There will be some hard decisions to be made by LEGO on which project(s) to choose to become official LEGO Ideas sets. Which ones from the list below are you hoping to win?

LEGO has also announced that the Second 2019 LEGO Review Stage is almost coming to an end and they will be sharing the results when they are ready to. There were 10 projects that qualified as well as one that was postponed from the previous Review Stage.