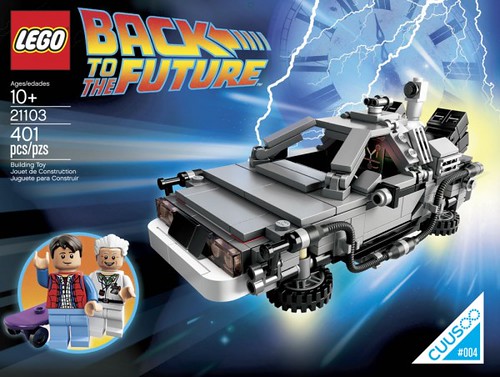 set. So what does he think about the set? Michael J. Fox this morning tweeted just one word about it: “Bitchin'”. That pretty much sums his thoughts of himself being immortalized as a LEGO minifigure and the DeLorean being created out of LEGO bricks.

You may or may not know this but every LEGO Back to the Future DeLorean set you purchase, the creator of the set, Masashi Togami, gets 1% of the royalties from the sales of these particular sets. Being the very generous man that he is, Masashi and Team BTTF will be donating all the proceeds that he gets to the Michael J. Fox Foundation for Parkinson’s Research. Michael has been battling the disease since 1991 and has retired from acting to turn his energy and focus to his foundation. With the proceeds of the LEGO sets going towards helping his work, we’re that much closer to finding a cure of this horrible disease.