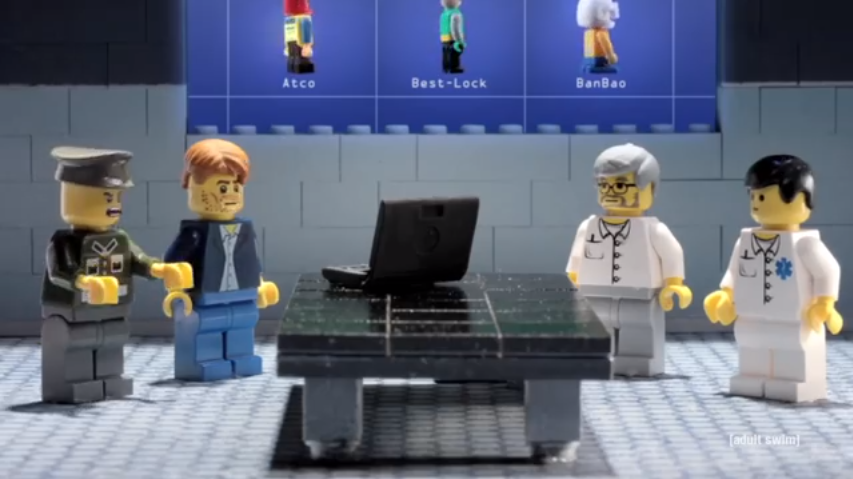 Adult Swim on YouTube has posted a very funny LEGO stop-motion video from Robot Chicken called World War B showing what would go on if off-brand blocks, who have a taste for LEGO blood, took over the world. The video makes fun of a number of building block brands and was inspired by what went on in the movie World War Z. Take a couple of minutes and watch this humorous video. There’s no mentioning of who did the animation but they did an awesome job on it. View discretion is advised.

Update: I’ve been informed that the animation was created by Stoopid Buddy Stoodios.

**Via The Brothers Brick**