Home LEGO MOCs Another Take on LEGO Voltron: Defender of the Universe If you know me well enough, then you would know that I’m a big fan of Voltron: Defender of the Universe. I’ve been collecting Voltron action figures since I was a old enough to know about it from the original lions to the Voltron Vehicle Force (DaiRugger XV).

Since returning to the LEGO community, I’ve been thoroughly impressed with some of the LEGO Voltron MOCs such as the one by len_d69 on LEGO Ideas which is still under consideration to become an official set. The same builder has also created a LEGO version of Voltron Vehicle Force as well.

The newest MOC is by Dennis Qiu and it is equally impressive. This version seems to be based on the Voltron Maquette from Sideshow Collectibles which has their sleeker interpretation of Voltron. One of the more notable differences is the slimmer body that it has compared to the bulkier original version.

Now the only thing I’m pretty much waiting for is the official LEGO Ideas Voltron set to be approved and released. 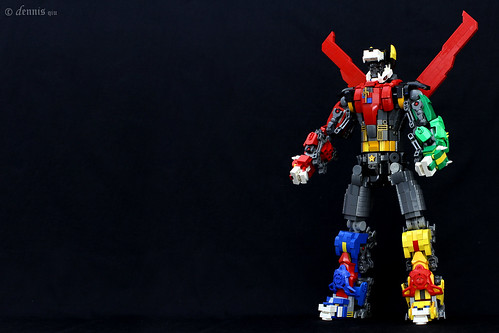