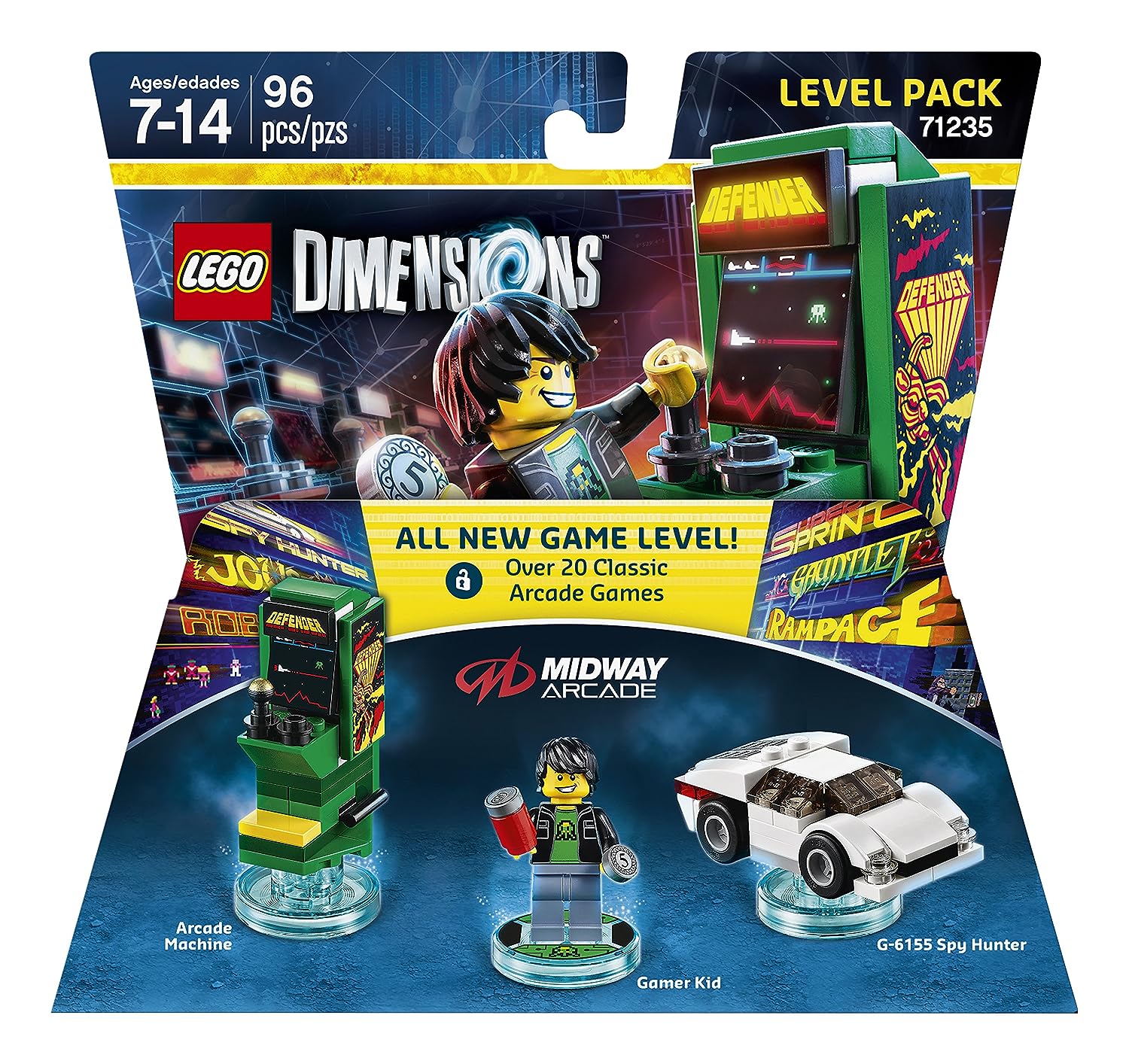 On March 15, LEGO Dimensions will be releasing a new expansion pack with the Midway Arcade Retro Gamer Level Pack (71235). This new pack will allow players to play 24 classic arcade favorites in full including Defender, Gauntlet, Joust, Rampage, and Spyhunter, just to name a few. Along with it, we also get the Gamer Kid LEGO minifigure as well as builds of the Arcade Machine and the Spy Hunter G-6155 Interceptor.

We here at The Brick Fan have been given an awesome opportunity to interview the Associate Producer at TT Games, Mark Warburton, about the Level Pack and you can also join in the interview as well. Send us questions below in the comments you may have about the Midway Arcade Level Pack and we’ll choose the best ones to ask Mark. Keep in mind this interview is specifically about the Midway Pack. I’ll let this run until Sunday or Monday.