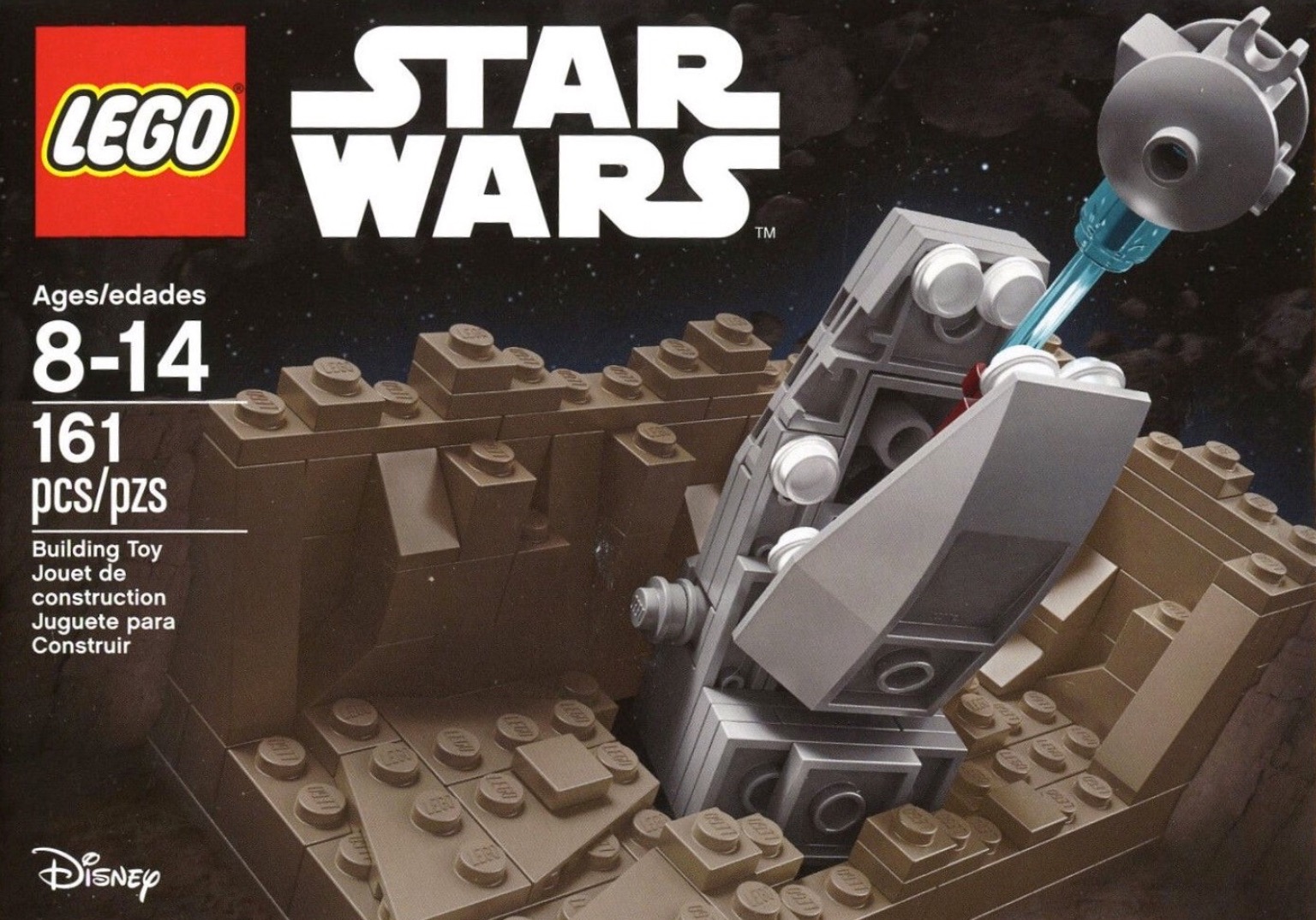 Did you miss out on the fairly limited LEGO Star Wars Escape the Slug (6176782) exclusive set from last year? Blocks is giving you a chance to win a set as well as being featured in the magazine. All you have to do is to enter their building contest but this is not any ordinary contest. You have to recreate a scene from Star Wars Episode IV: A New Hope, more specifically the cantina scene where Han shoots Greedo.

Blocks has some strict guidelines which you can see in the press release below. If you’re building minifigure scale, you have to own both the Han Solo and Greedo minifigures. The deadline for submissions is midnight on September 1, 2017 (GMT).

It will probably not have escaped your attention that a little movie called Star Wars, released in 1977, celebrates its 40th anniversary in 2017. Blocks will be celebrating with a very special Star Wars issue later this year, and we want our readers to get involved.

We are holding a unique competition, with not one, but two amazing prizes on offer. The overall winning entry will have the one-of-a-kind opportunity to be part of Blocks’ Star Wars at 40 special feature – your entry could be included in a huge article that the team are putting together. Additionally, the winner and two runners-up will each receive the prize of a super rare, limited edition LEGO Star Wars set – Escape the Space Slug. It was only available as part of a select LEGO Store shopping opportunity last year.

To be in with a chance of being immortalised in the pages of Blocks and picking up a copy of an impossible-to-find LEGO Star Wars set, entrants need to build a specific scene from Star Wars: A New Hope, using LEGO. It can be built at any scale and be open to interpretation, but it also needs to represent Blocks’ chosen scene from the original film in a recognisable way – this is all about recreating the selected scene from the movie, using LEGO as your medium. The judging panel will be looking at how it represents the scene, not just the best MOC, so presentation and concept will be important alongside technical ability.

The scene from Star Wars: A New Hope that Blocks wants you to recreate in LEGO is ‘Han shot first’. It’s the moment when Han Solo encounters Greedo in the cantina at Mos Eisley, and events take a particular turn…

To enter, post an image of your build to Facebook (blocksmag), on Twitter @blocksmagazine or via e-mail it to [email protected] The deadline is midnight on September 1, 2017 (GMT). Your image must be at a resolution of 300dpi and fit the landscape dimensions of 330mm wide x 330mm tall.

Full terms and conditions can be found at www.blocksmag.com. Keep your navicomputer targeting Blocks’ social media channels for build tips from our experts.