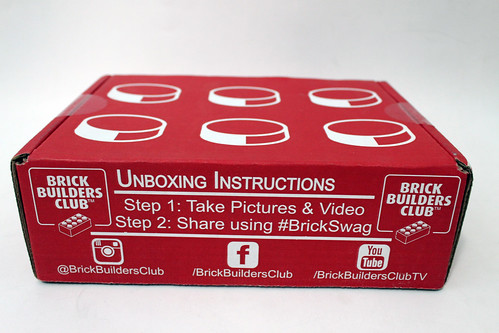 I just received my monthly Brick Builders Club box today and let’s do what we usually do and take a look at what’s inside for the January 2015 box. It is was noted last month that the January box will be space themed. 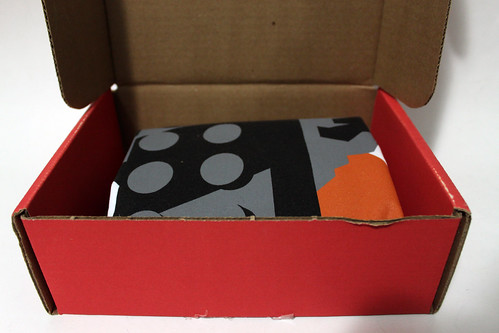 The first thing you get when you open up the box is the guaranteed exclusive white t-shirt. This month features some LEGO monkeys worshipping a 2×4 brick monolith. I like monkeys so this shirt is pretty cool. 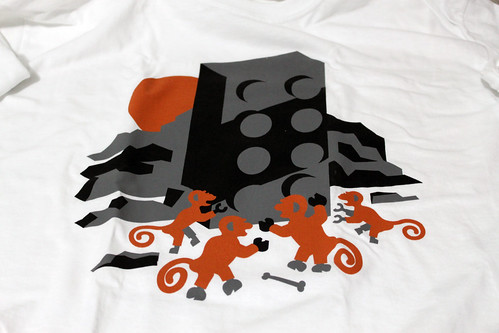 We also get a LEGO Star Wars magnet. The one I got is Luke Skywalker (850636) but I’ve seen others who got other characters like Han Solo (850638) so it’s cool that it’s randomly chosen. 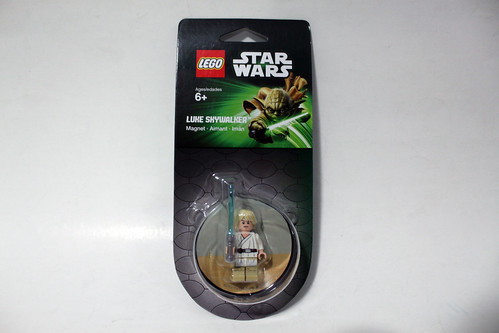 A staple of the Brick Builders Club box are the Funky Fig cards created by The Mad Stacker. Some of the cards go along with space theme with the characters being the red classic spaceman. 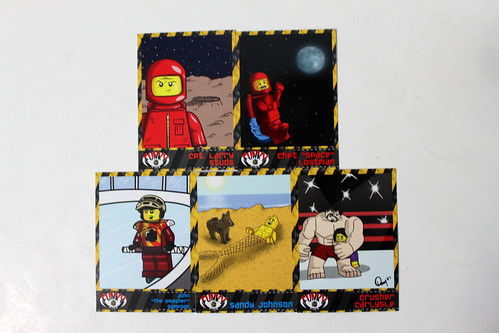 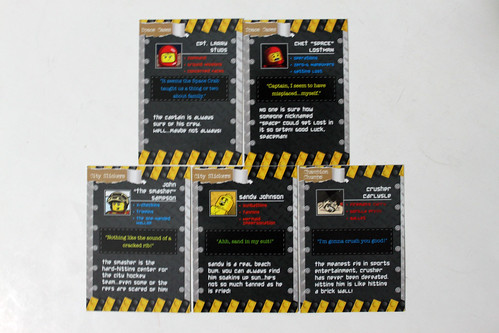 Next up is a pin that shows a spaceship flying around a brick-built Earth. 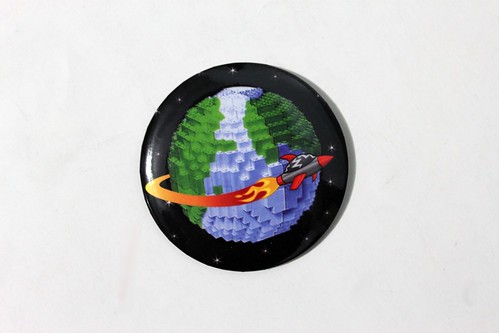 The next item is a neat little poster of the solar system of brick-built planets. Sadly, Pluto isn’t in the picture since it got declassified in 2006. In my heart, Pluto is still one of the original nine planets. 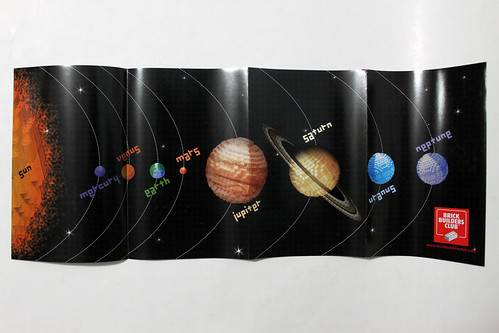 The cover of the Build Magazine is a little different this month with a whole new design. Like with all the previous magazines, you get your dose of games and puzzles that kids can do. For this month, they’ve done an interview with Stephen Pakbaz. If you remember, Stephen created the LEGO CUUSOO Mars Science Laboratory Curiosity Rover (21104) from a few years ago. There are also some spacey building tips from Carter Baldwin. Tyler Clites (Legohaulic) has also chimed in with building instructions for a cute little Darth Vader. 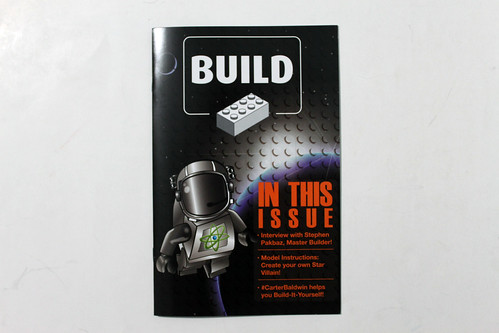 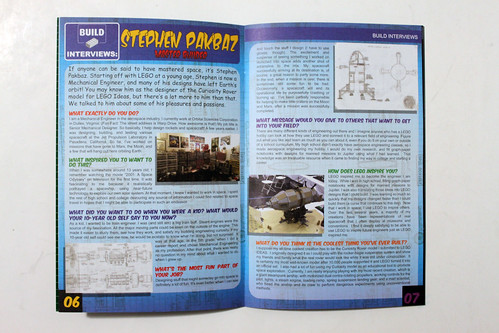 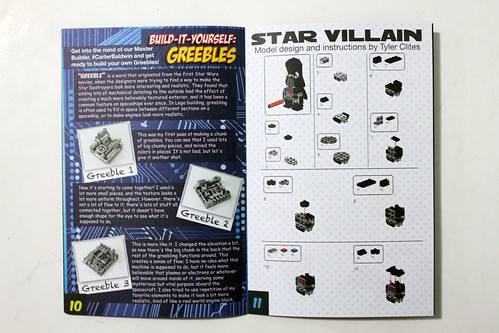 Overall, I dig this month’s box mostly for the t-shirt and the Star Wars magnet that was included. The poster is pretty neat too. Next month’s theme is about games so stay tuned for that. Remember that we do have a coupon code for those who want to try out Brick Builders Club. Just use “BrickFan15″ to get $15 off the 3 month membership. 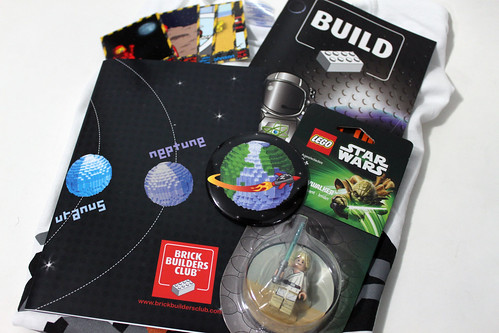