It’s been a slow day today but today in the mail, I received the June 2015 Brick Builders Club subscription box. If you’re a new reader and haven’t heard of this, it’s a box curated by the Brick Fest Live crew which contains t-shirts, parts packs, sometimes LEGO sets, and more. For the month of June, I believe it has to do something with summer or the beach. 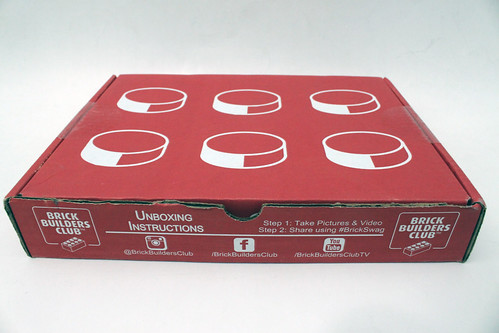 The first item out of the box is the exclusive t-shirt you get every month. This month’s shirt is a black with neon orange and pink accents featuring Aquasharks. It’s pretty much in the style of the Jaws posters. 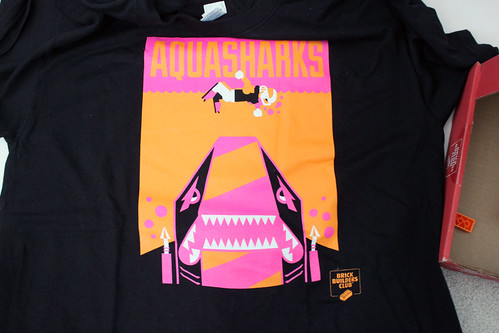 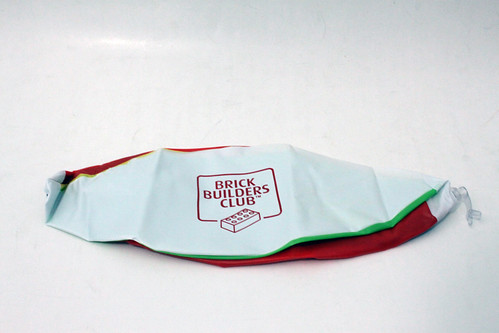 Up next are a couple of parts packs. One is from Brick Warriors which includes some glow-in-the-dark minifigure accessories. The other pack is full of random LEGO pieces which creates a diver and a hammerhead shark. The instructions for the build are in the included magazine. 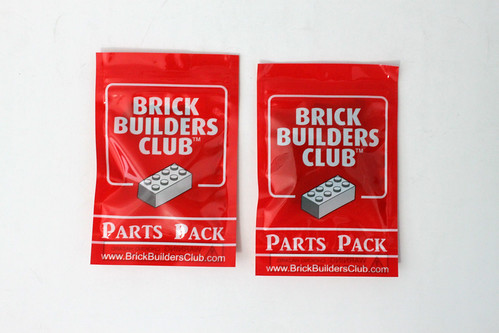 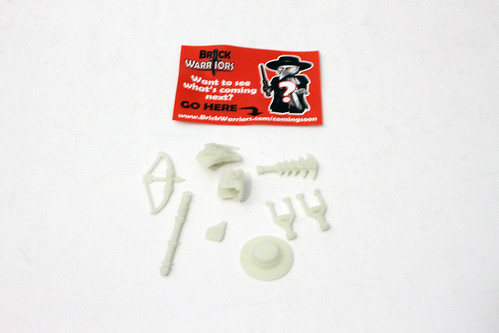 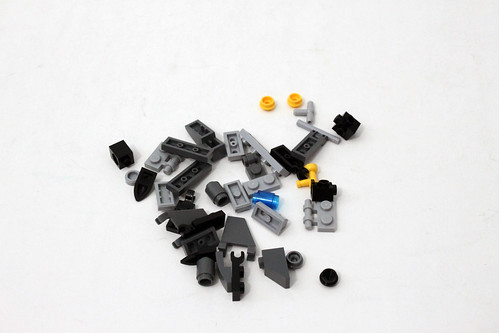 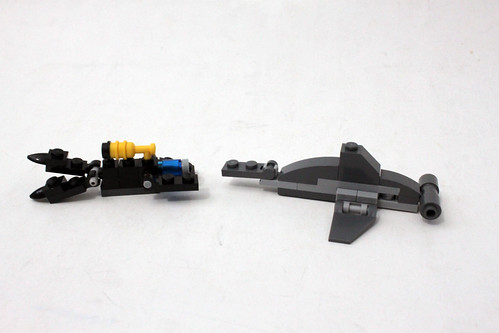 Next is the orange 2×3 #BrickSwag brick for June. We’ve had the blue and red ones from previous months. 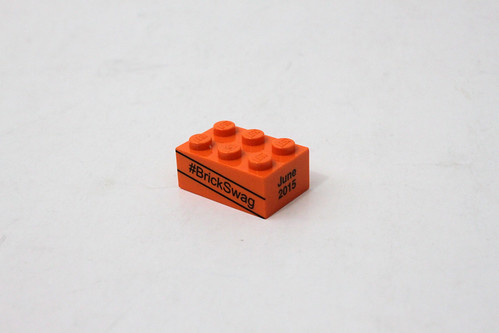 Following that is a poster from SillyBrickPics featuring the Big Mouth Bricky Bass. You’ve probably seen the real life novelty item in stores that it is based off of. 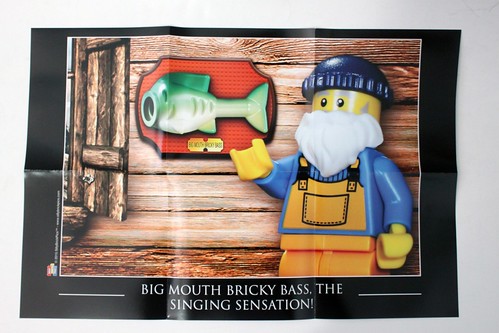 Next are the Funky Figs trading cards that feature some interesting characters. 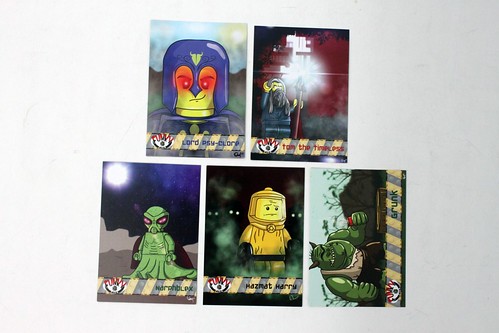 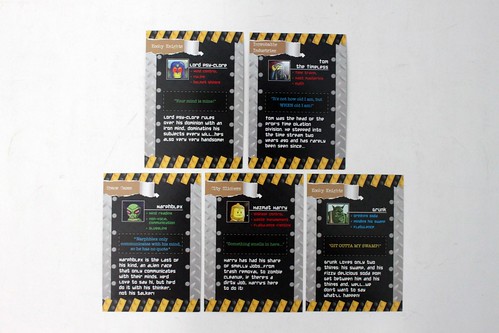 Lastly, is the Build magazine which has a very nice interview section for HILUG, the Hawaii LEGO Users Group. 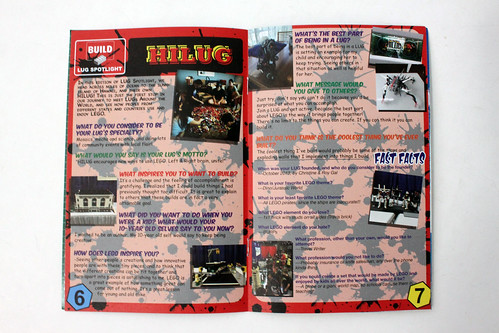 Overall, the June 2015 Brick Builders Club box is decent but there have been better boxes in the past. As of this writing, there is about a week left to register for July’s box. 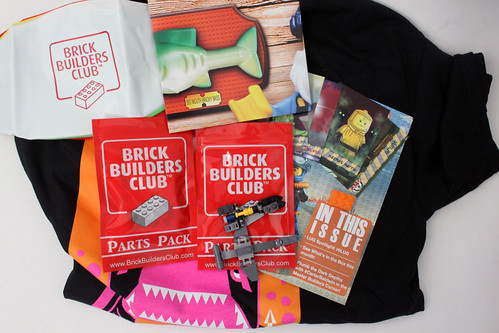