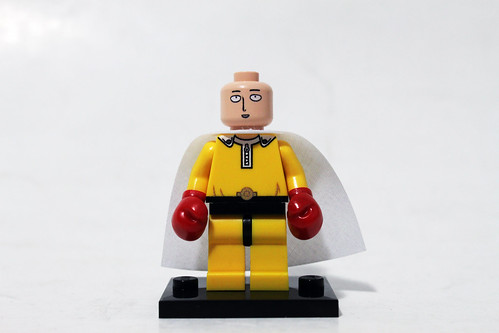 A few weeks ago, Brick Generals, formerly known as Brick Bastards started selling a new custom LEGO minifigure named Superhero. If you follow Japanese manga or anime, you would instantly recognize him as Saitama, the protagonist from One Punch Man (ワンパンマン). I never purchase custom minifigures but I knew I had to get it since it’s one of my favorite animes in recent years. 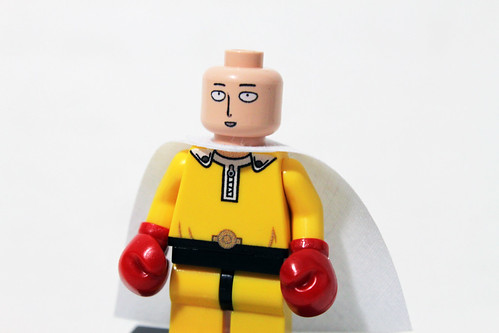 The Superhero is made from 100% LEGO parts including the red boxing gloves as his hands and a white cape. The torso has printing of his yellow jumpsuit while the legs finish off the look. The only thing that I wish it had was red boot printing since he had it in the anime. The head printing is perfect with his rather bland expression but there is some minor smudging on the nose. Otherwise the

The price for the Saitama/Superhero minifigure is SGD 29.90 which ended up to be about $25 with the currency conversion and shipping from Singapore. I think the price isn’t too bad even though there isn’t that much custom printing. Again, you can purchase it from Brick Generals and it took about two weeks from order to delivery. 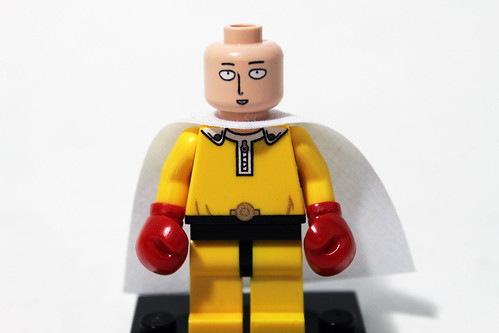