Monthly subscription boxes are all the rage right now and there’s a new business called Brick Loot. This is “a monthly box filled with unique, custom and never-before-seen items that work with LEGO bricks and custom building.” 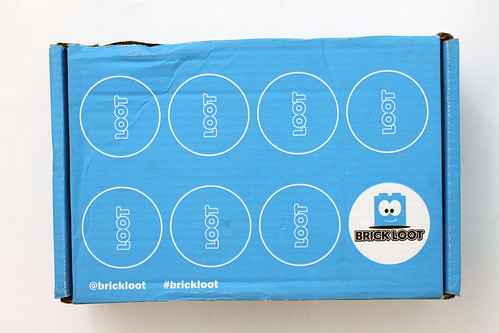 For a little back story of what Brick Loot is, it was created by 9 year old Parker Krex. He’s been a LEGO fan since he was a young child and had an idea to sell his non-LEGO toys and that’s when Brick Loot was created. 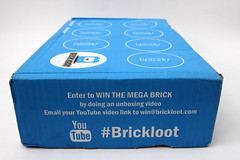 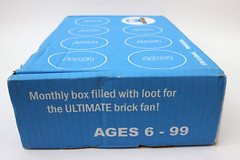 We’ve recently received a press copy of the December 2014 subscription box to show you what you can expect to get in these Brick Loot boxes. Inside these boxes, there are LEGO and LEGO compatible products that you may or may not find in your local stores. 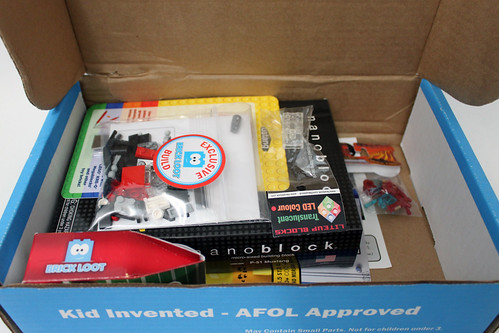 The first and biggest item that you can find in the Brick Loot is a Nanoblock P-51 Mustang. If you haven’t heard of it before, Nanoblock is a line of construction toys which have similar design of LEGO bricks but in a smaller scale. The P-51 Mustang set states that it’s over 480 pieces and retails for about $45 if not on sale. 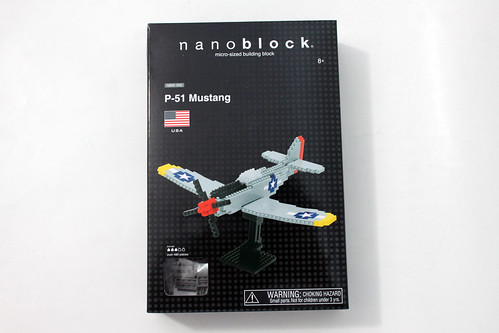 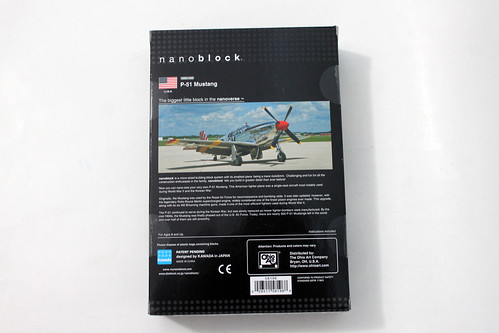 The next item is a Brick Popper which allows you to easily remove LEGO bricks similar to the official LEGO brick seperator but this one also removes other types construction bricks. This little tool retail for $7.99 on their website. 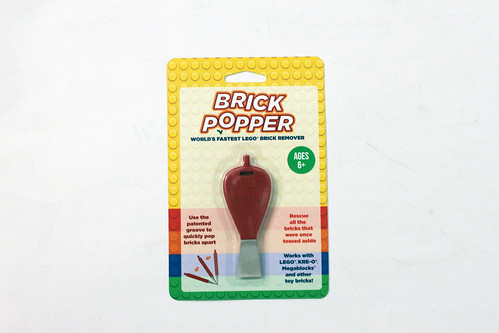 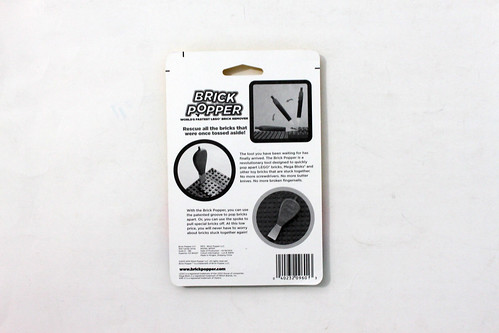 Oyo Sports has teamed up with Brick Loot to bring you an exclusive item. If you haven’t heard of Oyo Sports, they are a company that specializes on creating building block toys based on professional sports athletes. For the Brick Loot version of the minifigure, you get football player based on their mascot. Typical licensed football player minifigures go for $12.99 each.

Note: I know the legs are put on backwards. Please forgive me. 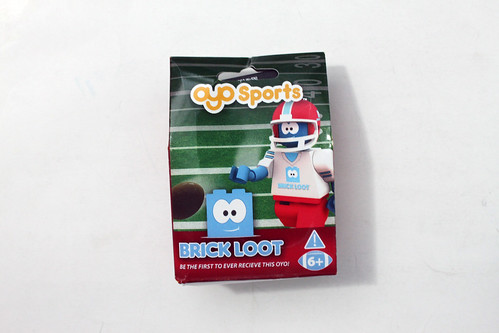 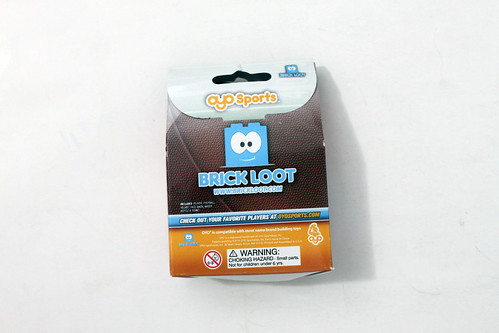 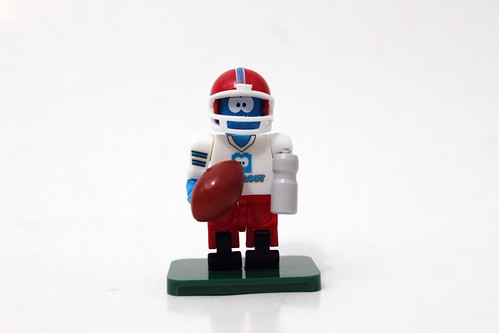 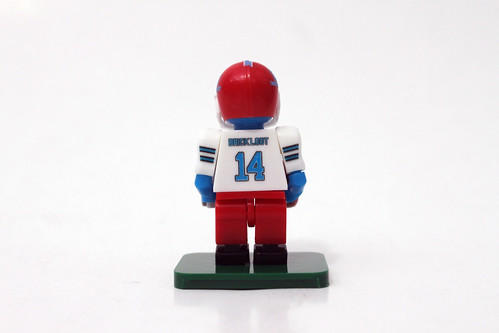 JK Brickworks has also teamed up with Brick Loot to bring you a custom designed build. It is a little robot guy which is build out of official LEGO bricks. 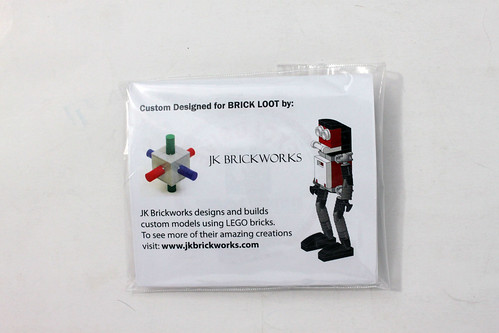 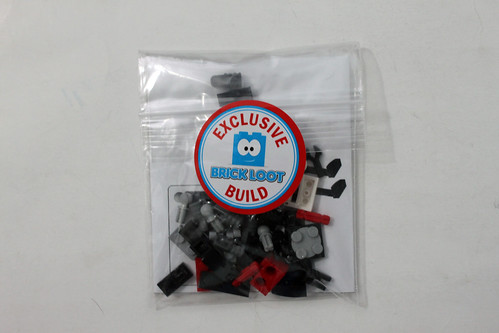 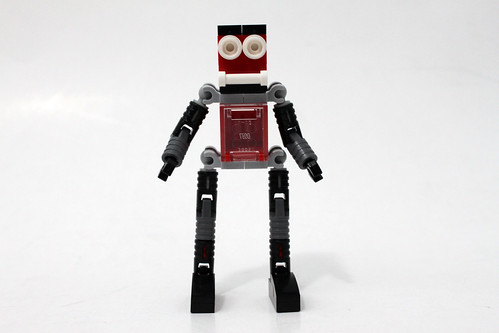 Next up is the S.T.A.R. Patrol – Deadshot custom minifigure accessories by BrickForge. This accessory pack retails for $6 and contains the following: 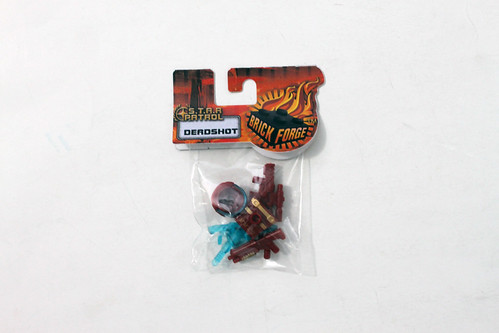 Another item that’s in the December 2014 Brick Loot subscription box is a red 2×3 brick from Liteup Blocks. This item retails for $2. 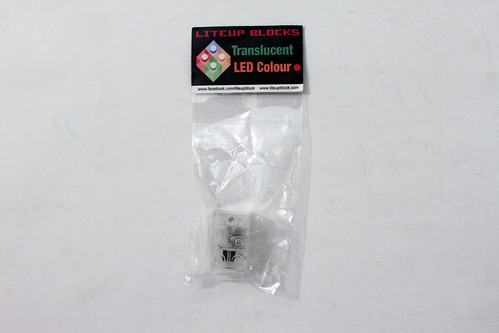 Finally there are some brick design wall decals from the Etsy shop Vinylisyourfriend. They’ve given a discount code of 25% off orders when you use the code: BRICKLOOT. 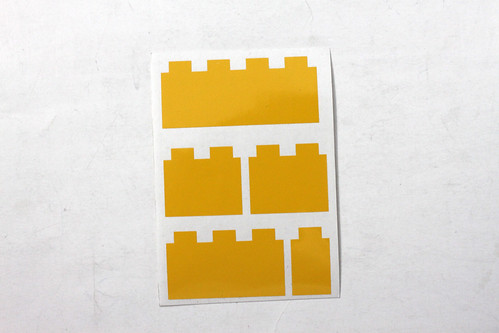 Overall, Brick Loot looks pretty interesting. You get a wide variety of products from various building block companies. For LEGO purists, you’ll have to see for yourself if this is the right type of subscription box for you or not.

From what I could calculate, there are about $60 worth of products that were included for a subscription price of $27 plus shipping but this doesn’t mean that there will be $60 worth of items every month. There’s also an incentive for subscribers who do unboxing videos. They can enter to win the “Mega Brick” which includes over $700 worth of LEGO sets including:

I’m not sure how the $700 amount came to be but I’m guessing it’s using the aftermarket price of the 4×4 Crawler and not the retail price as well as the $99 purchase price used to get the 2014 Holiday set.

If you’re interested in Brick Loot, head over to their website to sign up. There are three tiers to choose from: 1 month, 3 months, and 6 months. Enter the code: BRICKFAN for 10% off any subscription level. This code expires on 12/31/14. 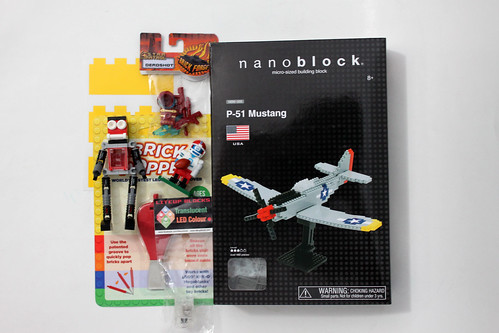