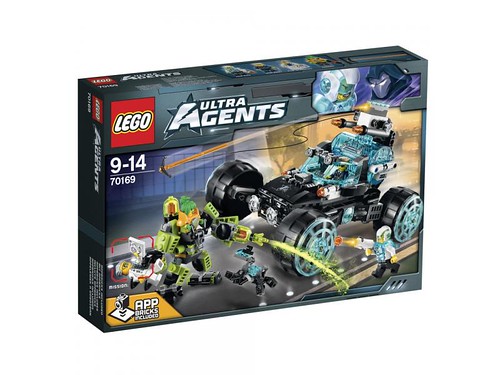 The last of the 2015 LEGO Ultra Agents set, the 4×4 Agent Patrol (70169), has finally been revealed by the German toy shop Spielwaren-Bludau. It retails for $49.99 and will contain four minifigures: Toxikita, Jack Fury, an Astor Scientist, and unknown agent. It looks like this set is the only one in next year’s wave to have Toxikita return as a villain character. These new sets also make use of an App Brick that is used as a play feature as well as in conjunction with a downloaded app. 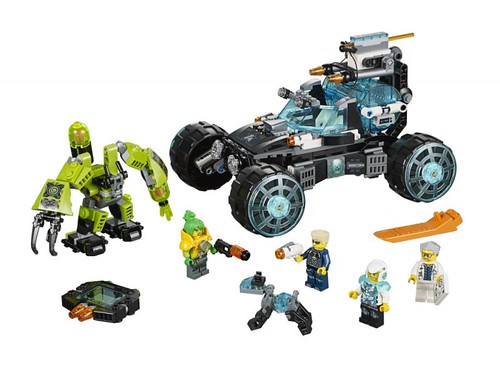