If you’re near the Dallas/Fort Worth Metroplex area next week on May 8-9, there’s a LEGO Fan event that you can attend called Brickconnection. The event will be held at the Golden Triangle Mall at the Macy’s Wing in Denton. Tickets are $6 per adult and $4 per child.

BrickConnection will feature many MOCs by local and national LEGO artists including works by Sean and Steph Mayo. There will also be building contests with prizes as well as a community build for the public. Check out the press release below.

DFWLUG (The Dallas/Fort Worth LEGO Users’ Group) announces its BrickConnection LEGO Fan event, featuring the award-winning LEGO artists Sean and Stephanie Mayo. This event takes place in the vastly populous Dallas-Fort Worth Metroplex in the Macy’s wing of the Golden Triangle Mall in Denton, Texas, USA. Public hours are Friday, May 8th, 2015 from 12pm to 8pm and Saturday, May 9 th from 10am to 9pm local time. The event features games and building contests for children and adults with over 100 prizes. MOC displays include large town and historic displays, a large train display, robotics demonstrations,and superheroes. There will also be a unique community build where we will build a large detailed LEGO
display from start to finish with community involvement where pros will teach the general public how to plan, organize, build landscape elements, and incorporate various building techniques from simple to advanced. We also have vendors selling various LEGO and LEGO-related merchandise. Admission is only $6 per adult (13 and up) and $4 per child (ages 2-12). Children under age 2 are free. For more information please visit www.brickconnection.com. 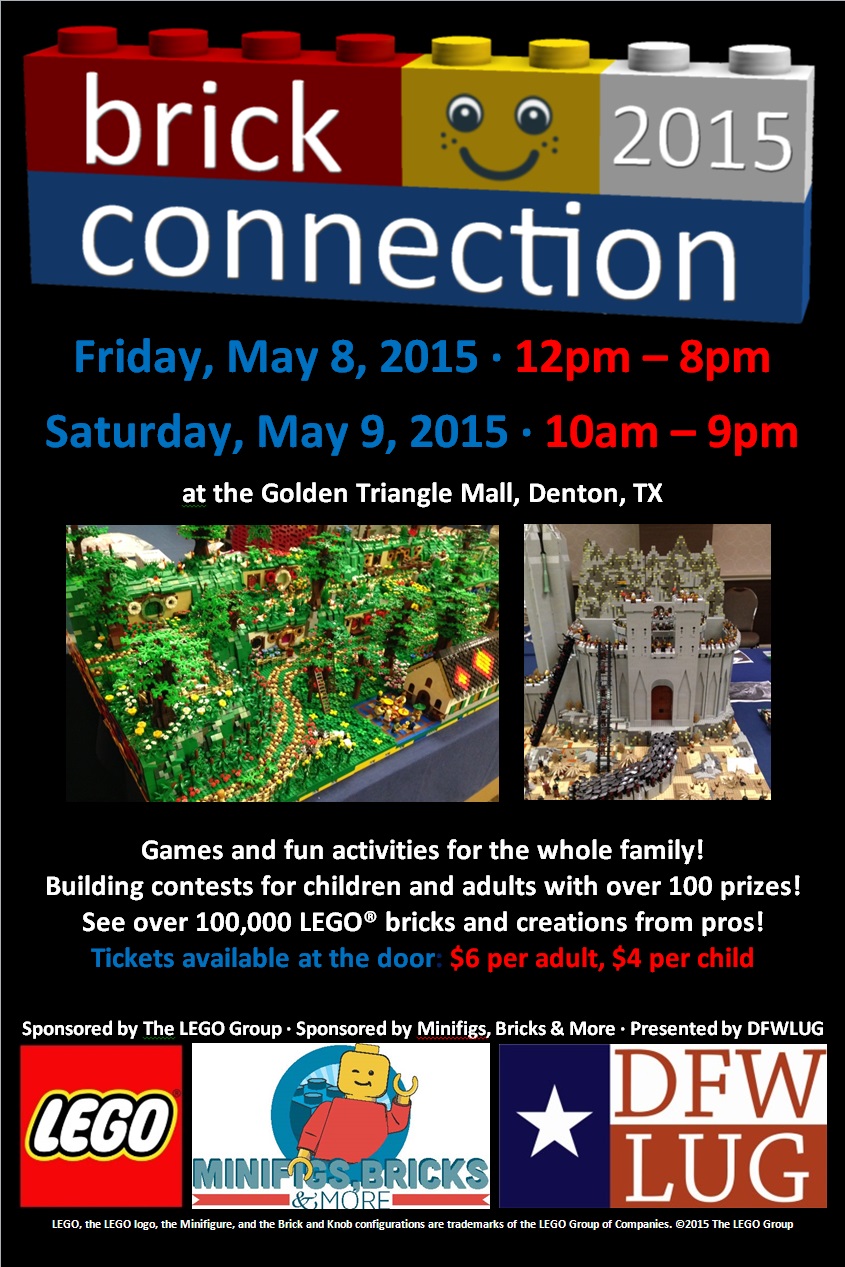