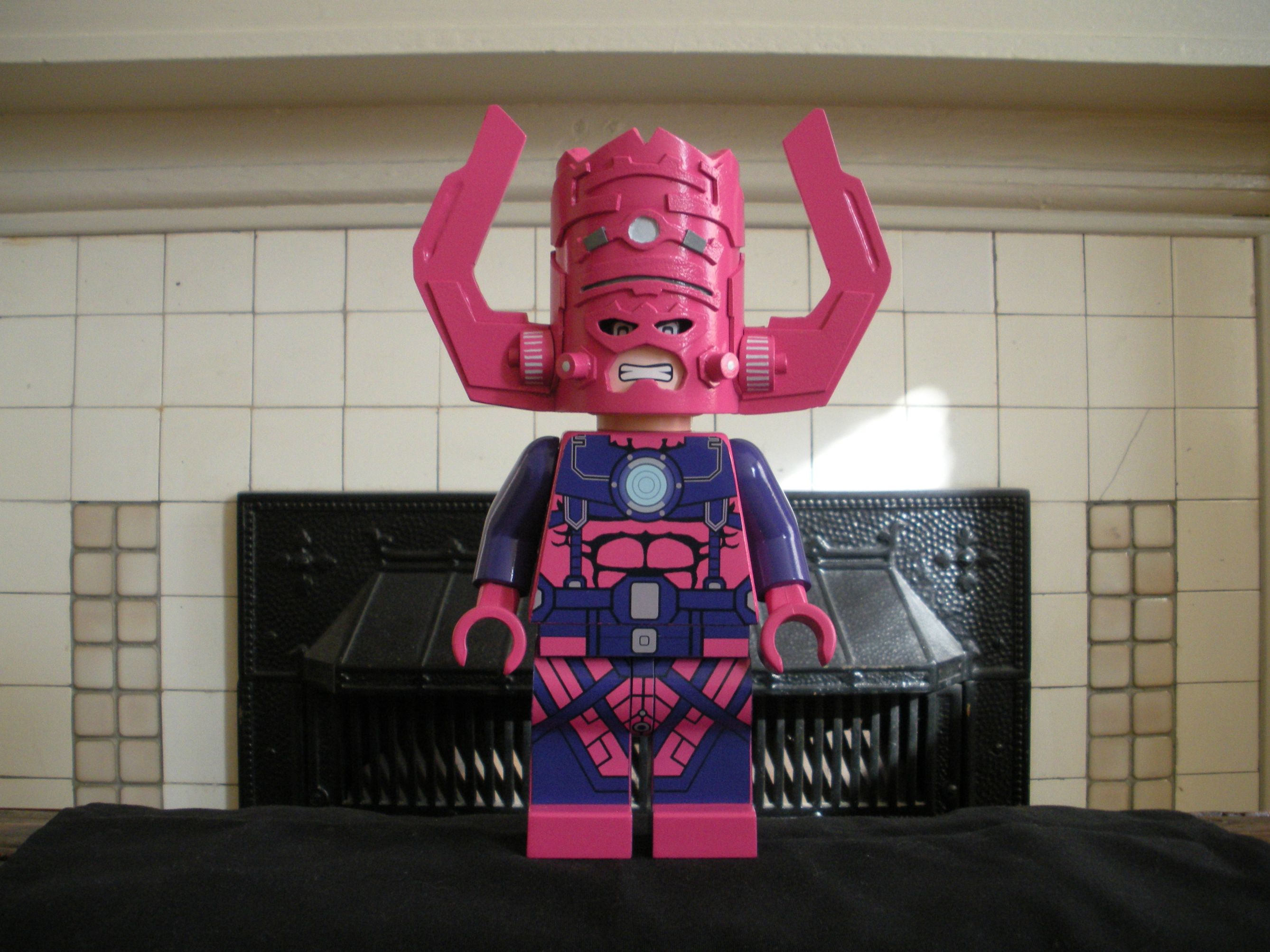 and you get a wild idea after finishing the game? If you played the game, you would know that Galactus is the final boss that attacks the Helicarrier. Reddit user Plaguedoc wanted a Galactus minifigure of his own so they set out to create one since no official one exists. They posted the process of how they created one of the most powerful beings in the Marvel Universe and transformed it into minifigure form.

and it was completely gutted and sanded down. After that it was repainted in Galactus’ usual colors. The helmet was created out of PVC couplers and the horns from plexiglass. After that, decals were created to complete the look of the Devourer of Worlds. Plaguedoc was also kind enough to post the templates for the decals and helmet if you want to create one yourself. If you want one, they are also taking requests over on the Reddit thread so you can probably work out a deal if you want. Check out the images of the process and more pictures of the final product in their Imgur album. 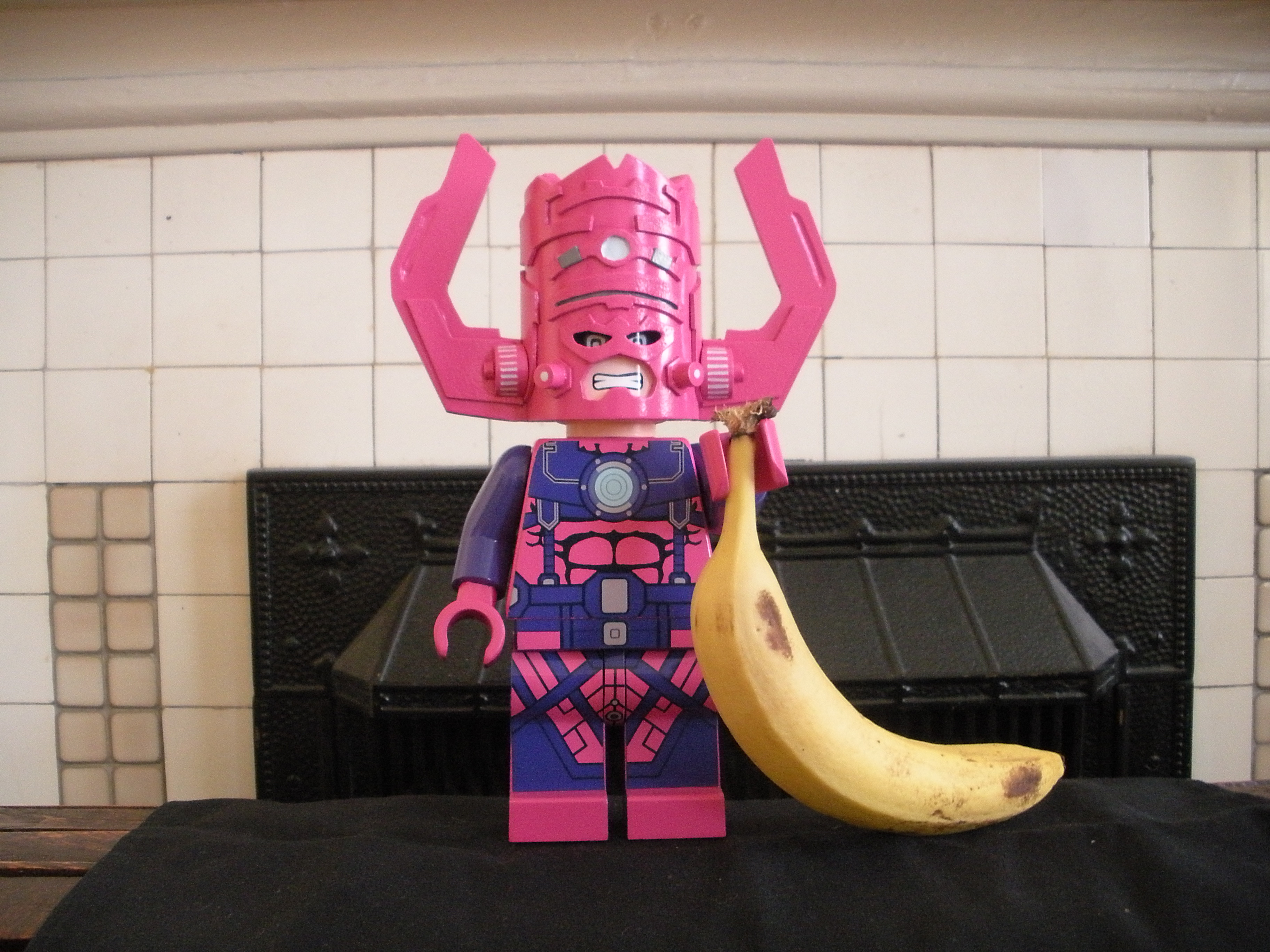 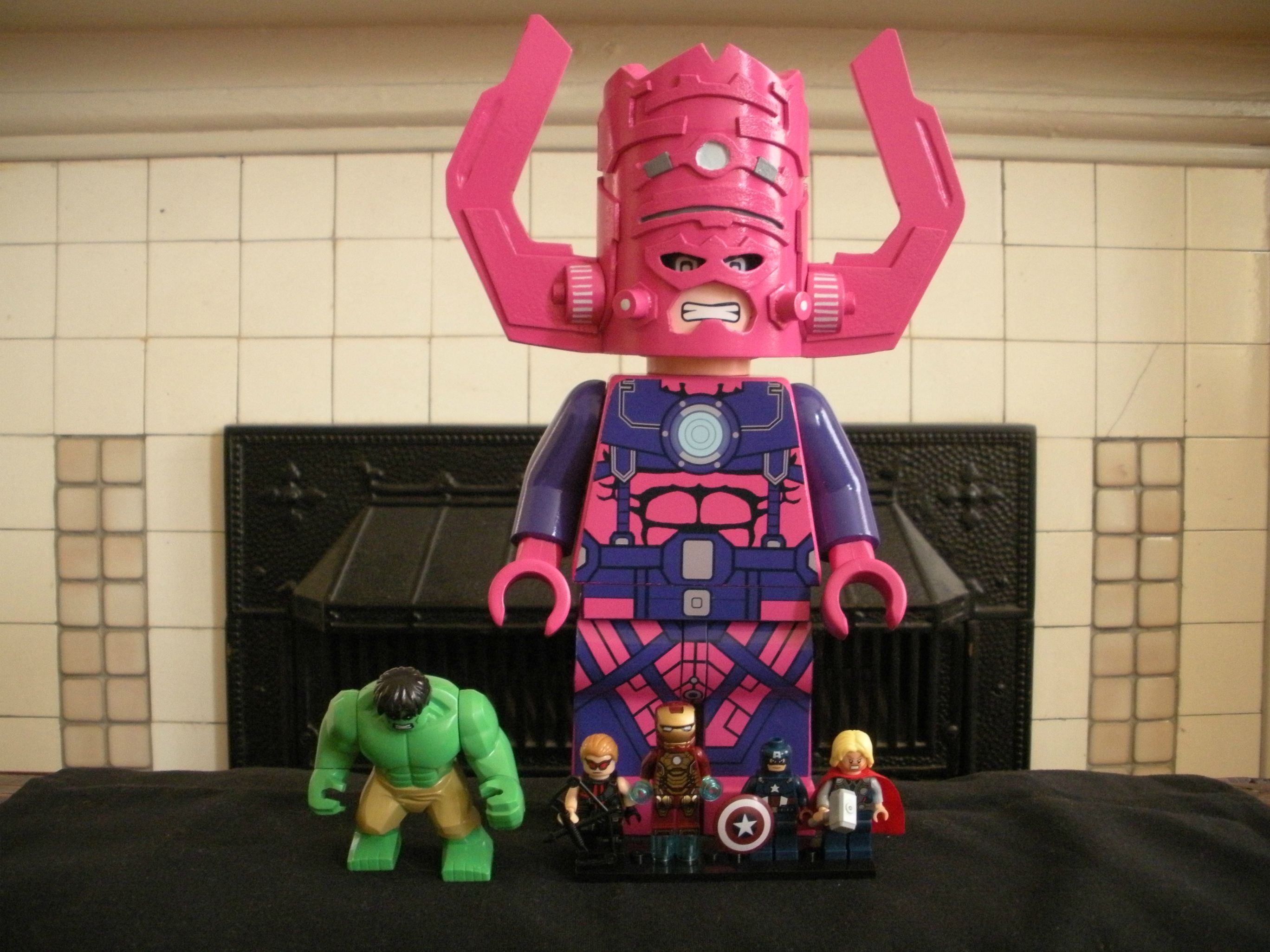 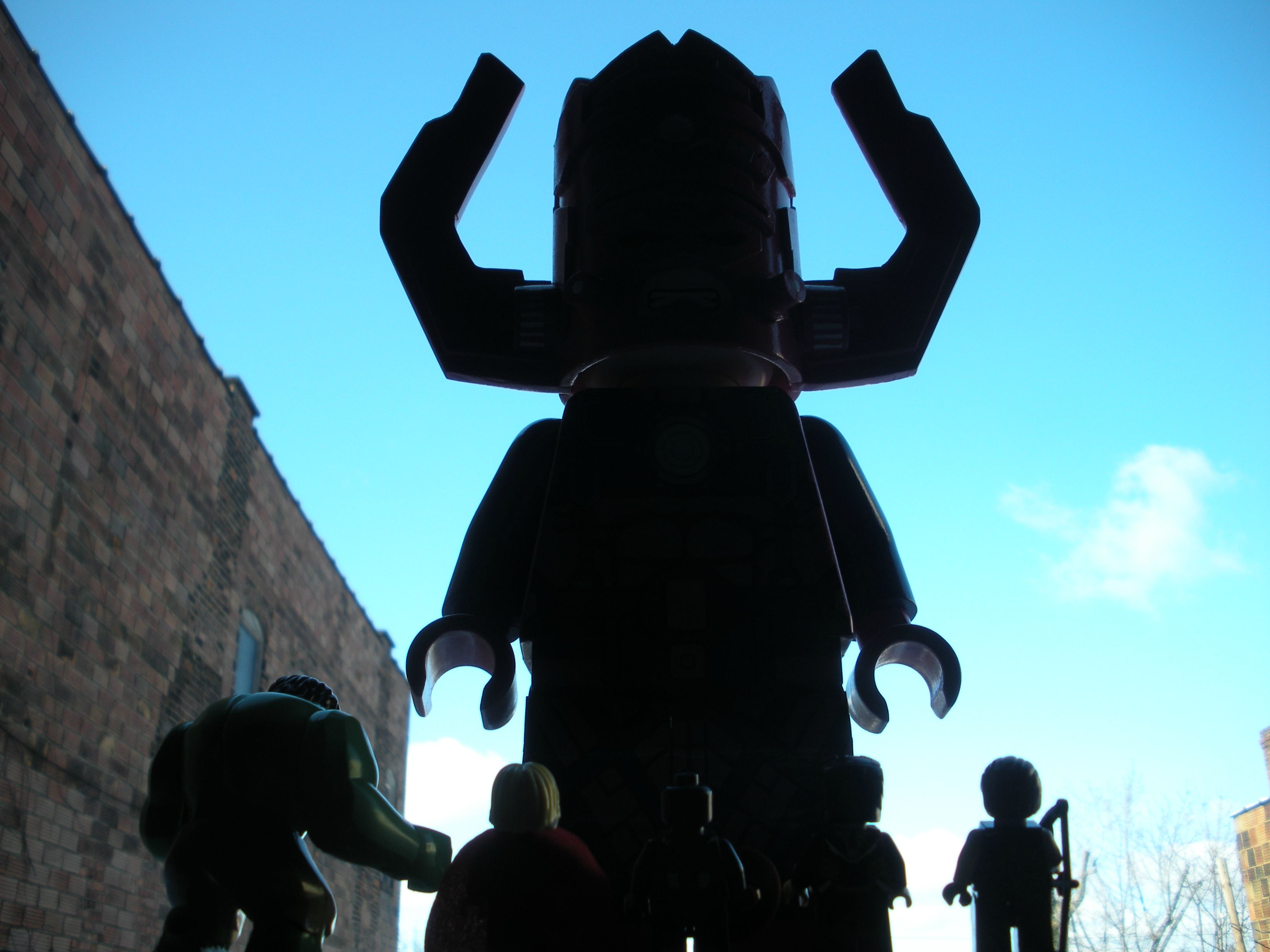