A few weeks ago, I was sent something very cool to review. As a fan of LEGO as well as Transformers, this was definitely right up my alley. JK and Alanyuppie from Malaysia has created Brick Label, transforming robots that uses 100% genuine LEGO parts. The first set in their Masterbrick series is Metalhide MB-01 which is pretty much G1 Ironhide of the Autobots from the Transformers series. The Masterbrick Series is a play on the TakaraTomy/Hasbro Transformers Masterpiece Series.

Alan has created a number of LEGO Transformers as you can see from his blog. Like with the regular Transformers toys, Metalhide can change from vehicle mode to robot mode. However unlike LEGO Creator sets where you have to take apart pieces to build another build, you do not have to do that with this guy. You just do some twisting and folding of the joints and you’ll have the alternate mode.

As we all know, creating anything with LEGO takes a certain skill set with all the designing that you have to put into it but creating a transforming LEGO build takes even more planning since you have to figure out how to transform the car without affecting the integrity of the set.

When you build Metalhide for the first time, you’ll notice there are some very neat building techniques used to build the robot mode. Alan has done a great job in making the robot mode a playable model. There are a number of different types of joints used to articulate Metalhide. Some of the movable parts include the head, shoulders, elbow, wrists hands, legs, knees, and feet. The shin area of the legs also swivel to give Metalhide more articulation and more posablilty. There are also a couple of cannons on each arm that you can flip out if needed for battle. 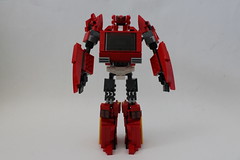 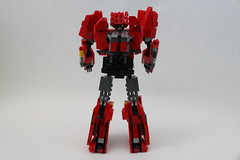 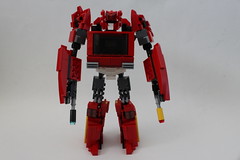 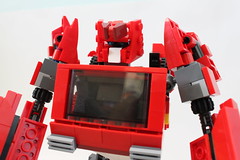 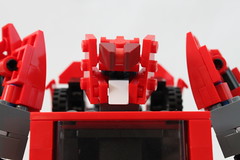 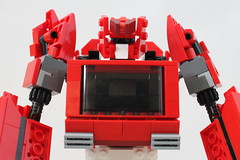 Now that we’ve seen the robot mode, it’s time for the transformation to vehicle mode. Although it is really cool that Metalhide can transform, it is also somewhat finicky. It actually took me a while to get it fully transformed, a little longer than I expected. A few of the pieces like the upper torso and especially the arms kept coming off when I was transforming other areas of the set. That is because there are no true locking techniques implemented in those areas and they tend to just fall off. The leg areas were pretty easy to transform though. I am far from a pro at Transformers so my vehicle mode looks a little off compared to Alan’s version. 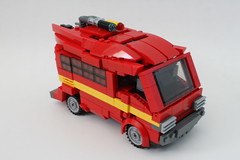 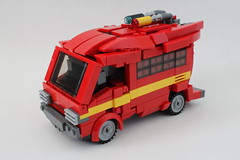 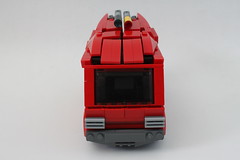 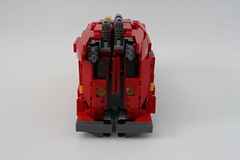 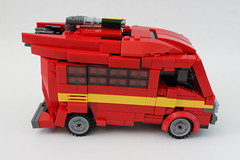 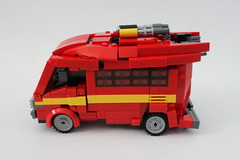 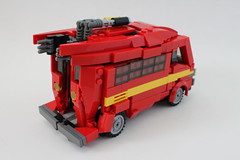 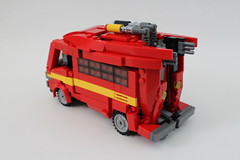 JK and Alan of are preparing to sell this model to the public and here’s some of my feedback of the set. Metalhide MB-01 is a very nice figure once he is fully transformed, whether it be in robot mode or vehicle mode. Undoubtedly, Metalhide does resemble the look of G1 Ironhide which is very cool considering that everything is build out of LEGO bricks. The PDF building instructions are fairly easy to follow although there were a couple of steps that were mixed up a little. For us who have been building a lot, it’s pretty easy to see how to correct the issues. One recommendation is to generate a LEGO Digital Designer (LDD) file with each step for an even more enjoyable building experience.

Another issue is that some of the parts kept falling off. Younger kids who may be building the set could experience some frustration with that. I just left those pieces off until it was time to use them again. I’ll send over my findings to JK and Alan and see if they can fix that issue in later production models. In the meantime, I’ll try to do some modifications to them to see if that helps keep the parts on.

Overall, I really enjoyed building Metalhide even with some of the issues listed above and I would like to thank JK and Alan for sending me a copy to review. If you want to get your hands on your own copy of Metalhide MB-01, head on over to Brick Label to purchase the set. If I counted correctly, there are 527 pieces in the set. It is available in limited quantities and is sold for $119.90. Also, check out more images of Metalhide on Alan’s website. Also check out their Facebook Page some of their latest creations. Their second Masterbrick Series product is in the works and is called Windstorm which is their version of one of the Seekers. I’m looking forward to see what they come up with next. 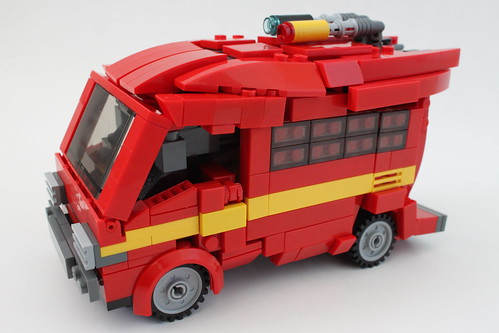