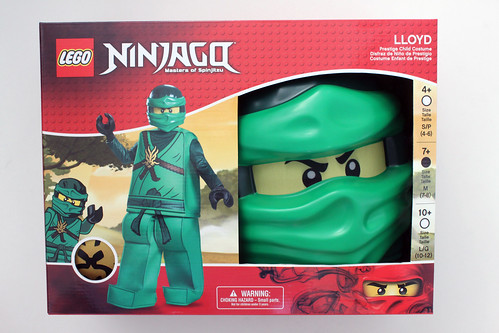 Halloween is coming up in a few weeks and it’s about that time to search for costumes for kids. Earlier this year at New York Toy Fair, Disguise showed off some new costumes for LEGO Nexo Knights and LEGO Ninjago. Fast forward to last month where Disguise announced a multi-year deal with LEGO to produce official costumes. The LEGO costumes are now available and Disguise has sent us a medium-sized LEGO Ninjago Lloyd Prestige Costume. The contents of the box include the tunic, pants, mask, and a pair of hands. 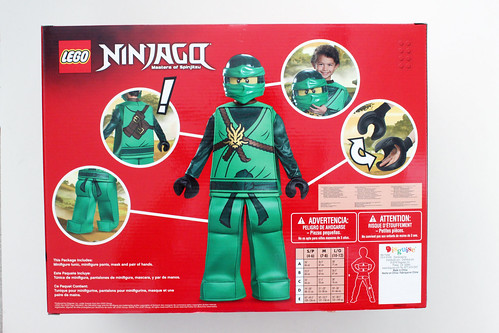 The Lloyd mask is made of a harder plastic that can probably withstand some light beating when putting it on and off. The part for the eyes is made of a mesh that is easy to see through while the back side of it has some foam for the eyes. 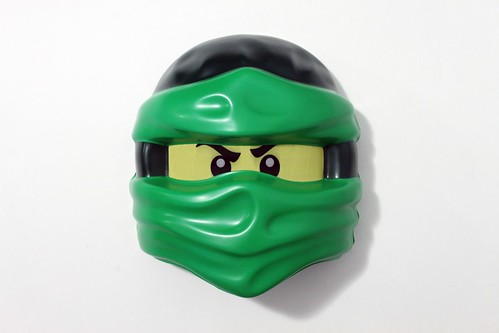 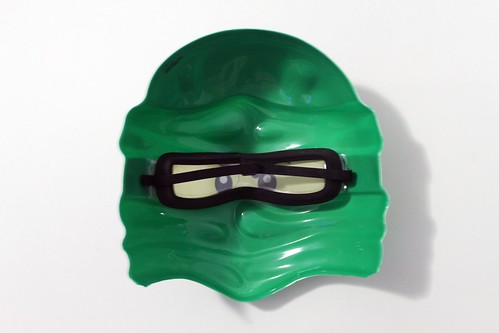 The torso is made of foam throughout with the outside have the design for Lloyd’s green tunic. The back of it has some velcro near the upper neck area to easily put on the tunic. The sleeves are made with some cloth fabric. 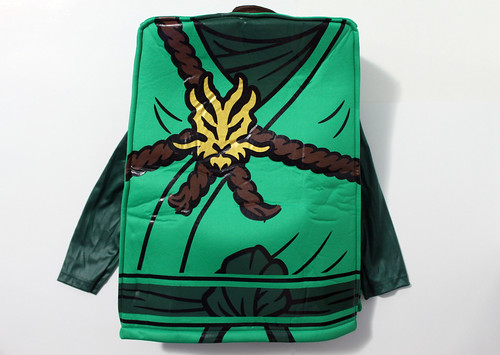 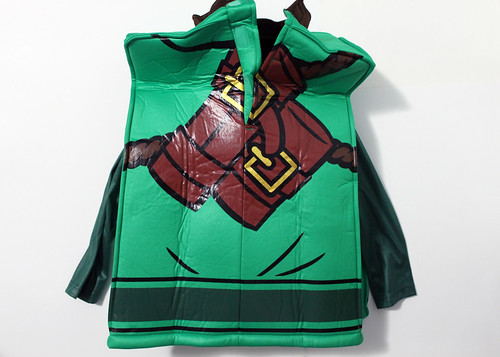 The pants are made with the same foam material with an elastic band at the waist. The feet are shaped like minifigures and there’s a hole at the bottom for the kids’ shoes. 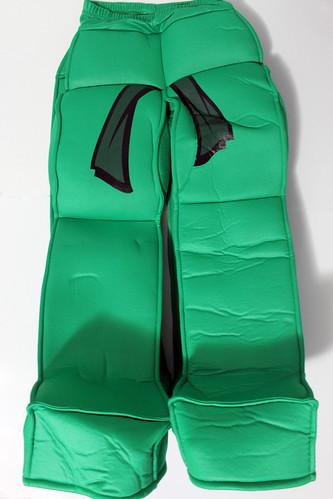 Finally we have the minifigure hands which are the favorite part of the whole costume. What’s nice about it is that it’s designed like real minifigure hands with a flat side and a curved side. When you slip it on, you can either keep the hands covered with the fabric or if you prefer, slip it through the opening to easily hold things. 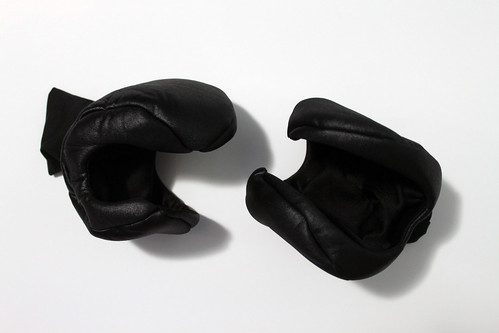 Overall, the LEGO Ninjago Lloyd Prestige Costume seems to be pretty good quality. Although it comes in at a fairly high price, $40 for medium, the costume can probably last though multiple uses. As I mentioned before, the favorite part of the costume are actually the hands.

The Disguise costumes are now available at various retailers such as Walmart, Target, Toys R Us, K-Mart, and Spirit Halloween shops as well as on Amazon.