Home Community Help Beyond the Brick Get to BrickLive Birmingham 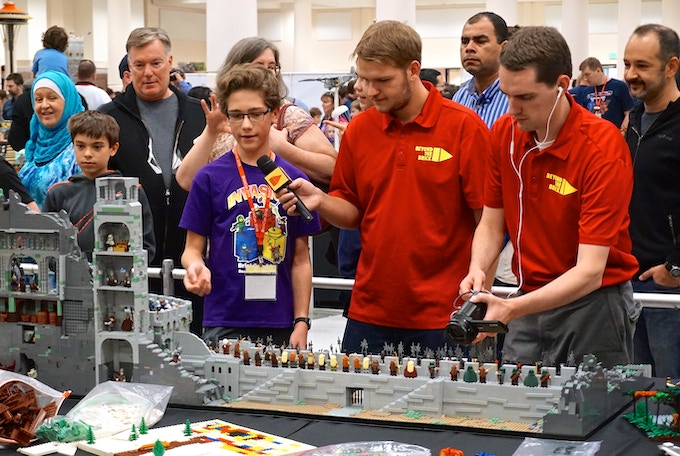 Our friends over at Beyond the Brick, who have just hit 100,000 subscribers, who are known for filming various LEGO conventions across the US and interviewing members of the LEGO community.

For one of their future projects, they’re looking to expand their coverage and attend BrickLive Birmingham in the UK at the end of October. They’re currently running a KickStarter to fund their trip overseas to film one of the largest LEGO conventions on the other side of the Atlantic.

For some of the KickStarter rewards, they’ve enlisted some builders in the community to create LEGO builds as part of the reward for certain pledge levels such as John Matz, Chris McVeigh, and Tyler Clites, just to name a few. This will be on top of the DVD you’ll be receiving of the show which won’t be posted to their YouTube channel.

They have about 24 left on the KickStarter as of this writing and they’ve already gathered a quarter of the goal so they’re off to a great start. Let’s keep it up and get Beyond the Brick to the UK.