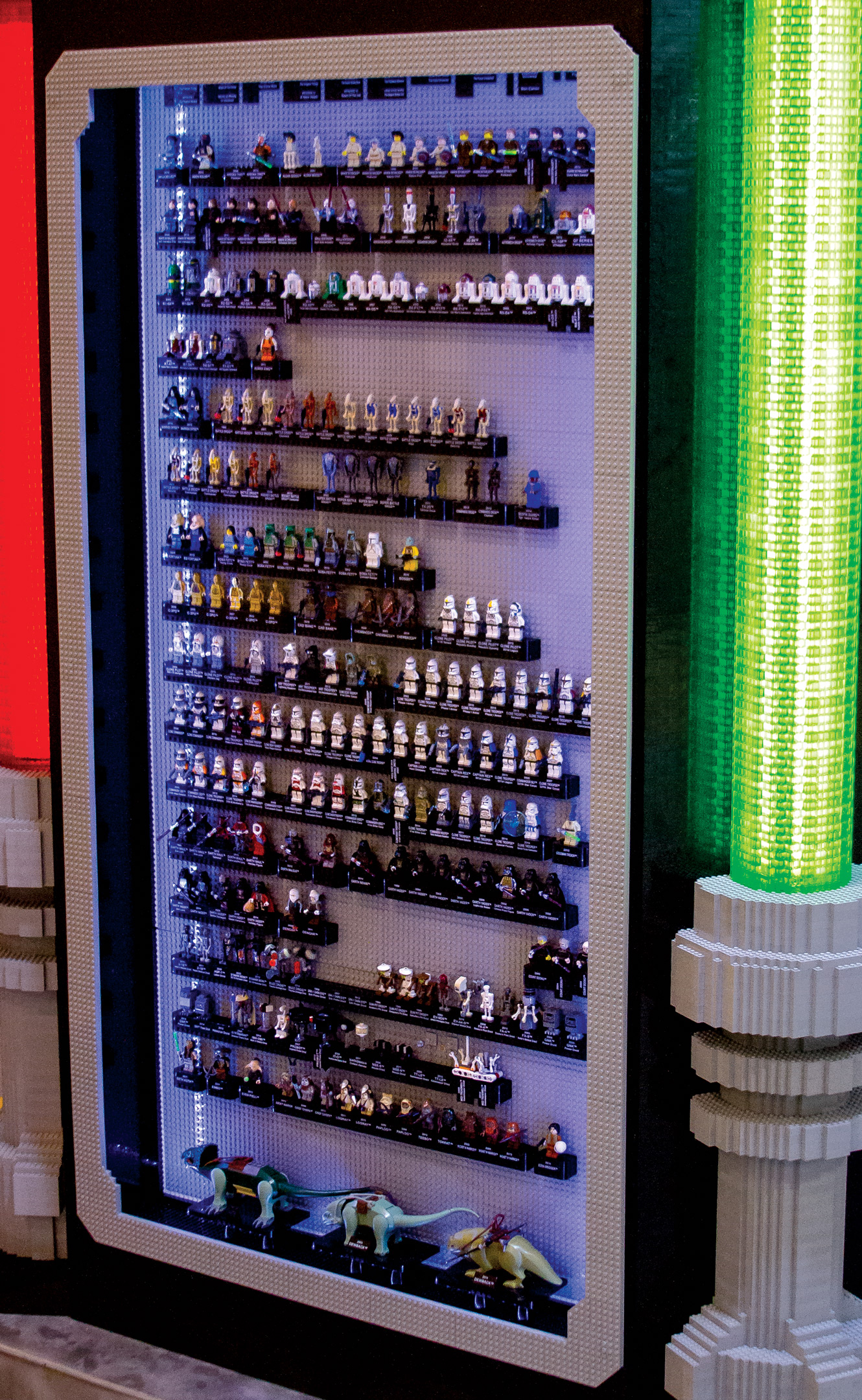 Continuing with our LEGO San Diego Comic Con 2014 coverage, StarWars.com has given a first look at the LEGO Star Wars 15th Anniversary Minifigure Case that will be displayed at the LEGO booth (#2829). As we mentioned before, the case will consist of over 600 LEGO Star Wars minifigures and measures 6.5 feet high. The case itself is also constructed out of 54,404 LEGO bricks and weighs 268 lbs. It took LEGO Master Model Builder Erik Varszegi, who also created the Smaug statue for the Warner Bros. booth (#4545), 500 hours to design and build the whole case. This will be the first time that every single LEGO Star Wars minifigure, from 1999 to the present, including big figs, will be displayed at one location. I’ll be there all four days so stay tuned for more LEGO news coming out of SDCC 2014!