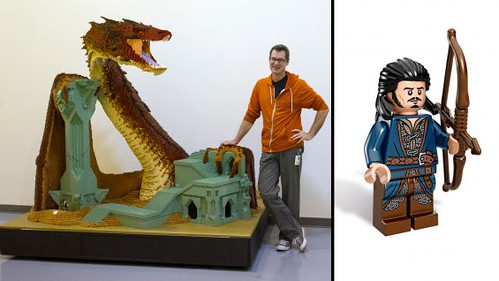 The Hollywood Reporter has revealed the third exclusive minifigure that LEGO will be giving away at San Diego Comic Con 2014. Today, the news is themed towards The Hobbit and Bard the Bowman will be the minifigure that attendees will be trying to get. This version of Bard the Bowman will have an unique outfit and is different from the one in the Lake-Town Chase (79013). The article notes that to avoid the debacle of last year, the people running the booth will implement a system where they would scan an attendee’s badge to determine the winners of the exclusive minifigures.