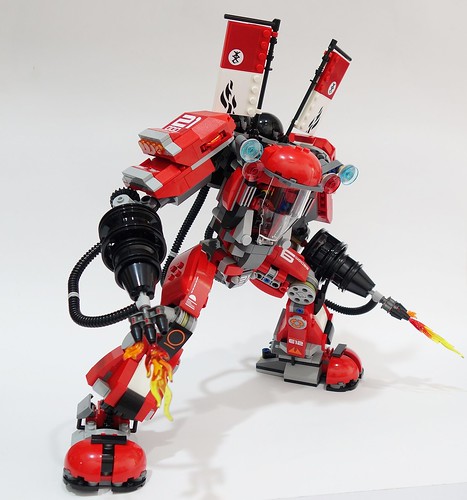 A few days ago, I did a review on the new The LEGO Ninjago Movie Fire Mech (70615) and one of the major complaints I had with it was there was no knee joints. Chubbybots over on Flickr saw more changes that they could make to the build to make it more articulated including changes to the knees, ankles, arms, and waist. They’ve even posted a video to show you how you can make changes to your Fire Mech as well.