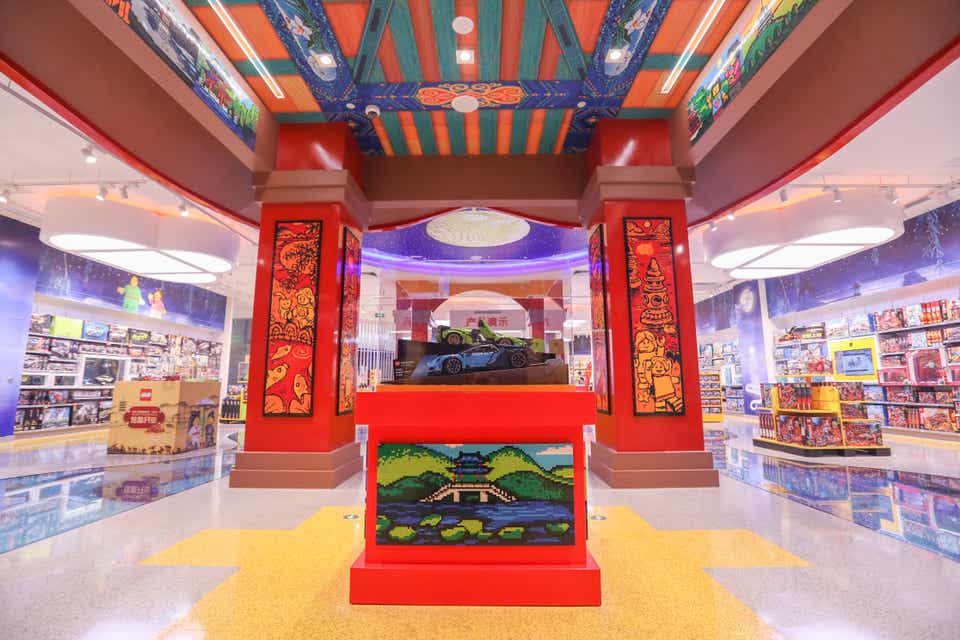 LEGO has opened up a new LEGO flagship store in Hangzhou, China and is the fourth such store in China. Like with many other flagship stores around the world, there are many large builds that feature many local landmarks including the Broken Bridge at the West Lake, the Six Harmonies Pagoda, and Three Pools Mirroring the Moon.

Children, families and fans of all ages in Hangzhou, the capital city of Zhejiang Province in China, are now able to enjoy the unique LEGO® brand experience in the new LEGO flagship store which opened in the city today.

Located at Hubin, a vibrant shopping and entertainment centre in the city, the 527-square-meter flagship store offers an immersive and playful LEGO brand experience for shoppers. Besides a full lineup of LEGO products, hands-on and personal LEGO experiences are also available for children and fans to explore in the store.

Steps away from the West Lake, a key tourism destination, the flagship store will fascinate guests with creative builds that have a strong bond with local cultural heritage.

A 3D model of the iconic Broken Bridge at the West Lake, built with 694,760 LEGO bricks, is sure to catch the eye of every guest entering the store. The classic legendary story about Lady White Snake and her husband Xu Xian is translated into two 3D models. The popular Ten West Lake Views are featured in ten master mosaic pieces placed in the giant pagoda-shaped threshold built by 176,564 LEGO bricks.

The West Lake play table also presents the beautiful West Lake scenery, including the Six Harmonies Pagoda and Three Pools Mirroring the Moon, via 3D models built with 317,463 LEGO bricks. Children and shoppers can build right alongside the play table to create their own masterpieces.

Paul Huang, Senior Vice President of the LEGO Group and General Manager of LEGO China, said “We are excited to open our new flagship store in Hangzhou, a city which is well-known for its culture and history. With the uniquely designed store, we can connect with more local children and fans, providing them with an engaging, playful and creative shopping experience. More importantly, we can reach more Chinese children and support them to learn through play.”

Prior to the opening, the LEGO Group donated toy sets to the Hangzhou Children Welfare Center to help provide disadvantaged children in the city with opportunities to of learn through play. 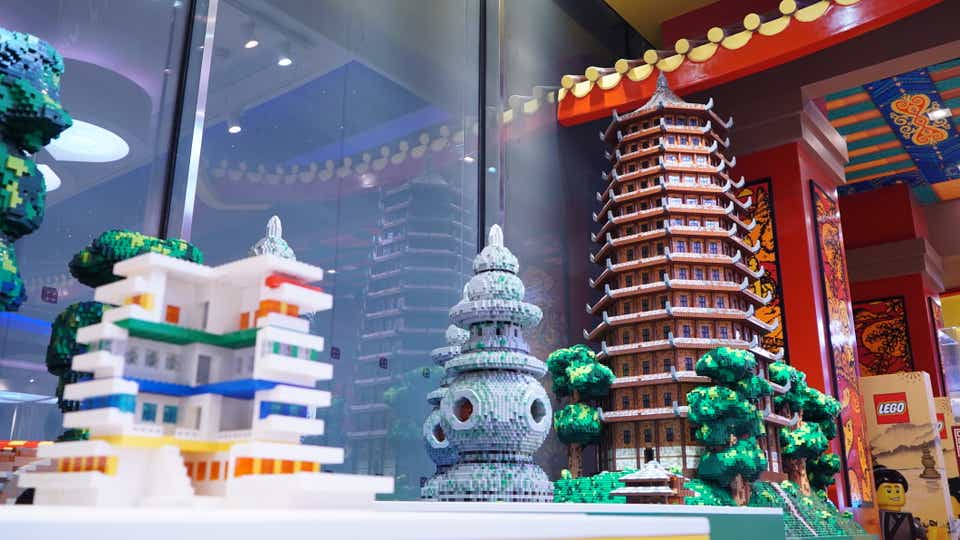