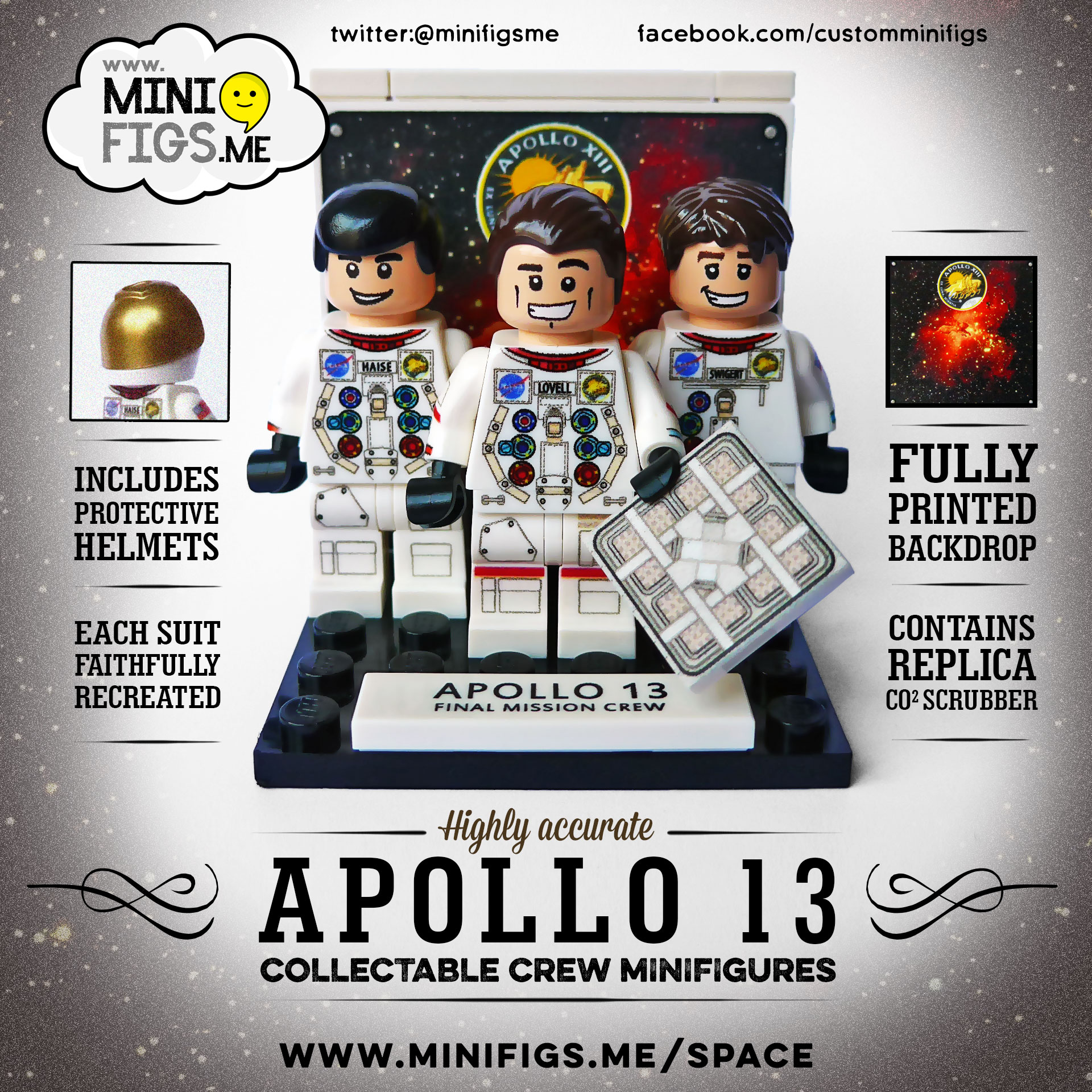 Overnight, the guys over at Minifigs.me sent over some details of some of their newest LEGO minifigures commemorating the 45th anniversary of the Apollo 13 mission on April 11th. This was the 7th manned mission in the Apollo space program and was intended to be the third to land on the moon but was aborted when the oxygen tank exploded. The crew of Commander James Lovell, Command Module Pilot Jack Swigert, and Lunar Module Pilot Fred Haise returned safely on April 17, 1970.

It seems there a surprise in store for the historic Apollo 13 45th anniversary celebrations – a new set of LEGO minifigures based on the mission has just been released.

“We were approached by an expert on the Apollo missions, who wanted to recreate these in time for the anniversary,” Nick Savage, director of UK-based minifigs.me explained. “We worked together for weeks to get them perfect, discussing everything from the precise placement of the metal tabs on suit valves to the way each astronaut wore their watches. We’ve made something very special as a result.”

The expert Savage refers to is Chris Spain, who’s online guides to facets of the Apollo Missions have become a go-to resource for enthusiasts.

“Chris sent us a huge amount of research, designs and feedback,” Savage continues. “His expertise and passion for the subject really is something to behold.”

The carefully crafted minifigures can be bought individually or as part of a special “Collector’s Edition” set at the minifigs.me website.

This isn’t the first time Minifigs.me have created highly accurate space minifigures. Before this, they recreated former Canadian astronaut Chris Hadfield, along with three crew members of the International Space Station’s 42 crew. The three ISS crew member minifigs are currently aboard the station, orbiting the Earth with their real-life counterparts.

To buy or read more about the minifigures, visit www.minifigs.me/space 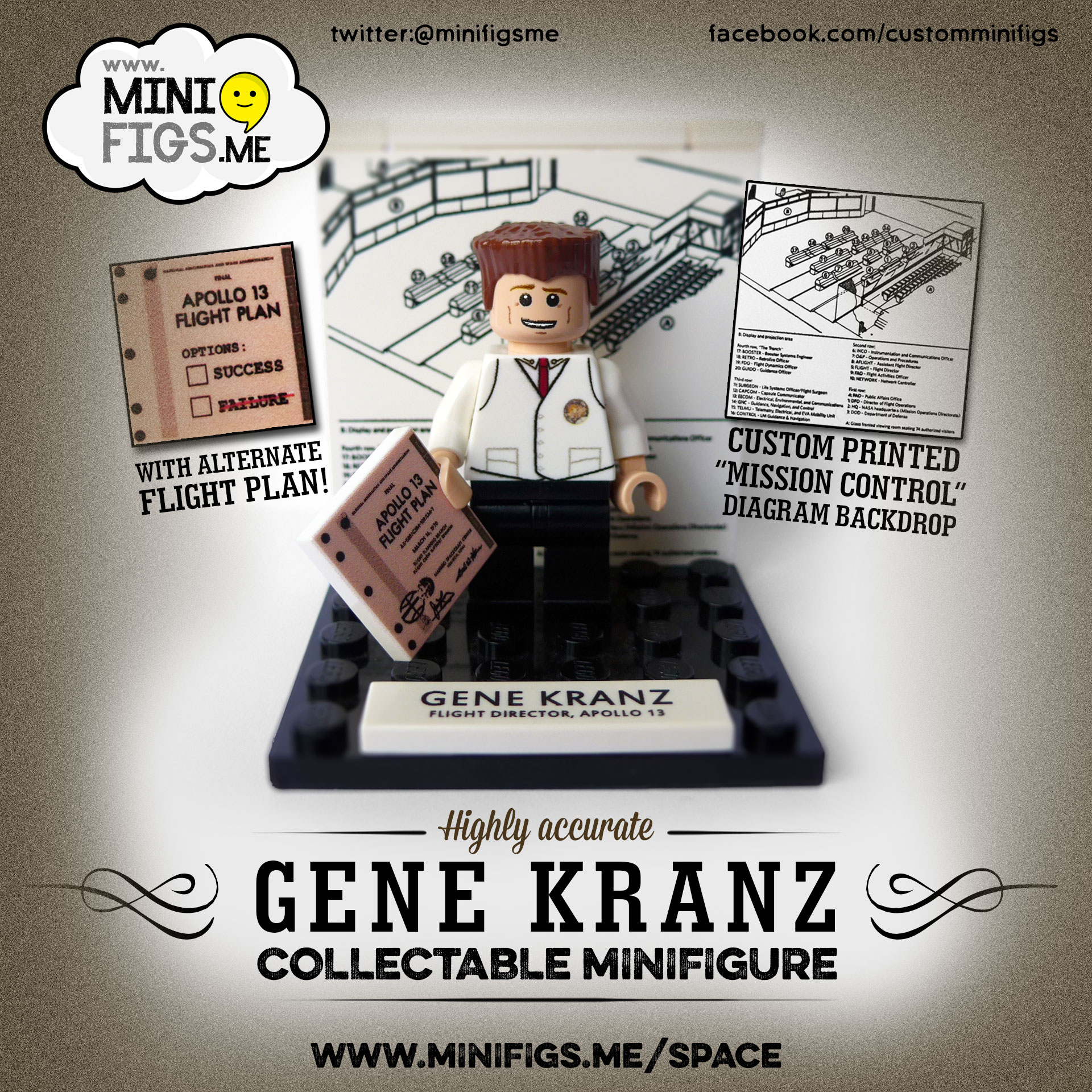