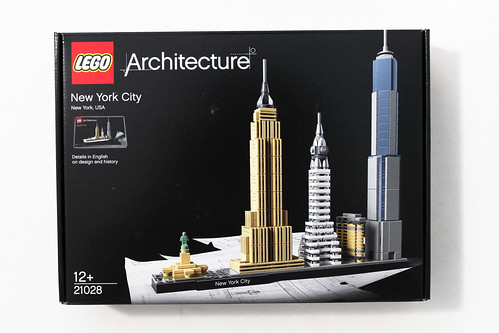 In 2016, LEGO will be releasing a few more LEGO Architecture sets but with a little change to the format that’s been working for them. For this next wave, a few of the sets will have a skyline format with some recognizable buildings from a particular city. 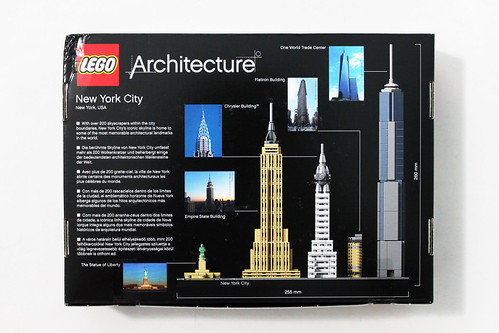 The first set that I’ll be reviewing is New York City (21028). It details five of the most memorable landmarks in the city, the Statue of Liberty, the Empire State Building, the Chrysler Building, the Flatiron Building, and One World Trade Center. The set contains 598 pieces however the price is unknown at this time. The contents of the box include five un-numbered bags, an instruction booklet, and a brick separator. 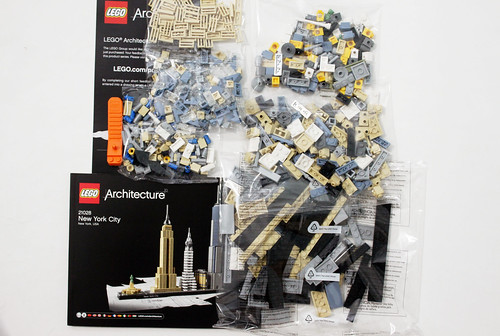 You start the build with the base for all the buildings to sit on. To give it a flush look on the front, there are a few modified 2×6 plates with studs on side for the tile plates including one that says New York City. 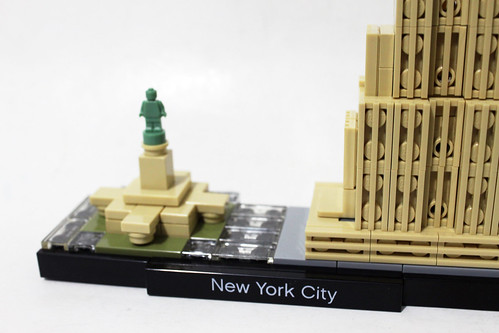 The smallest landmark of this New York City skyline is the Statue of Liberty. The statue sits on top of the pedastal made of mostly tan plates and tiles. Lady Liberty is represented by an olive green statuette. You also get an extra one as a spare in case you lose one. 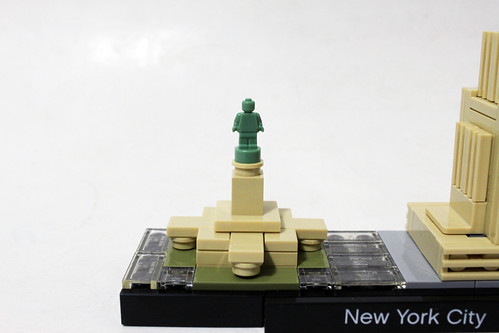 The next building that is built is the Empire State Building. This part of the build is very repetitive as you have to create layers of the building with lots of tan grill pieces. The spire is made out of a rocket piece, a 1×1 round brick, and a wand piece. The final outcome does look similar to the real building especially with the grill pieces depicting the windows. 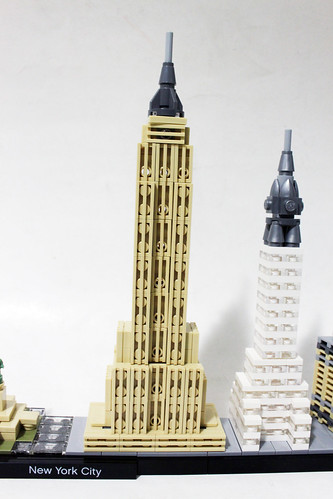 Next on the New York City lineup is the Chrysler Building. You’ll find a common theme with rest of the buildings as they are also repetitive. For the Chrstler Building, it’s pretty much made up of clear 1×2 plates and white plates and jumper pieces. At the base of the spire, you have four gray cone pieces which looks a little off when you compare it to the actual building. However the modified 1×1 tooth pieces work very well as part of the terraced crown which the building is known for. 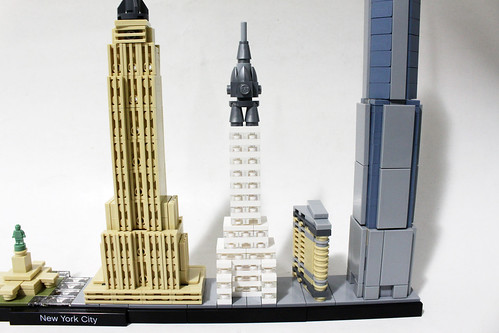 Following the Chrysler Building is the Flatiron Building. It is the smallest building in the New York City lineup but it does have the triangular frame that the building is recognized for. It is pretty much made up of wedge plates and studs. Earlier this year, LEGO released a standalone Architecture set with set 21023. 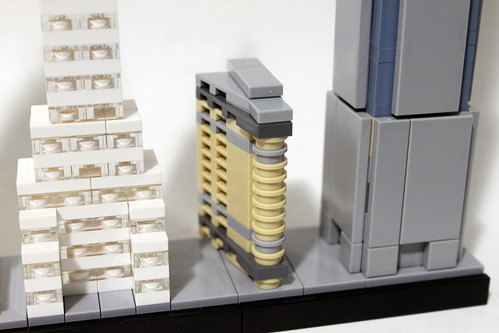 Finally, we have the newest and tallest building in the New York City Architecture lineup with the One World Trade Center. It is made up of four tiers with a different design for each to give the building its sleek look. The third tier is attached with a bar piece while the fourth tier is connected with an antenna piece. The spire consists of a couple of dishes and a bar piece. 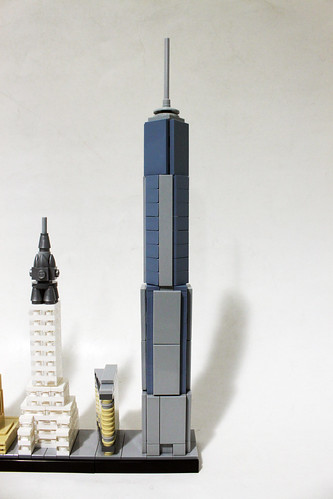 Overall the LEGO Architecture New York City (21028) is a pretty neat recreation of the skyline of the city. The models do represent the respective buildings pretty well although it does get somewhat tedious building a few of them. Even then, the final result does make a great display piece especially if you live in New York. I will not be giving a grade on these sets since there is no pricing information so the score will be kind of skewed. 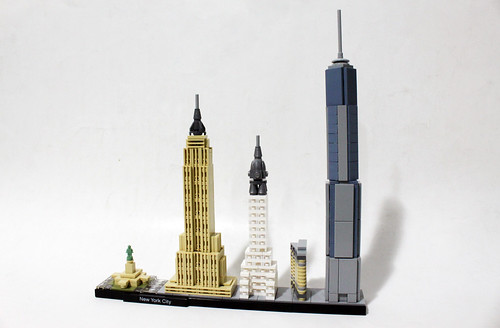 This set is part of the winter 2016 lineup which also includes other city skyline builds such as Venice (21026) and Berlin (21027) which I’ll be reviewing very soon. Again, I would like to thank the LEGO Community Engagement team for sending these new Architecture sets in for me to review. 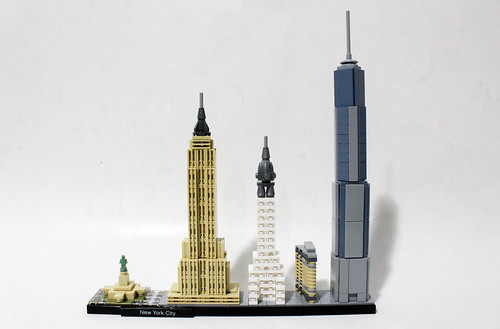