A few days ago, I received a package in the mail from DK and inside was the fairly recent released LEGO Architecture: The Visual Guide

. I actually got two copies of the book so I’ll be doing a giveaway after the review so stay tuned for that. 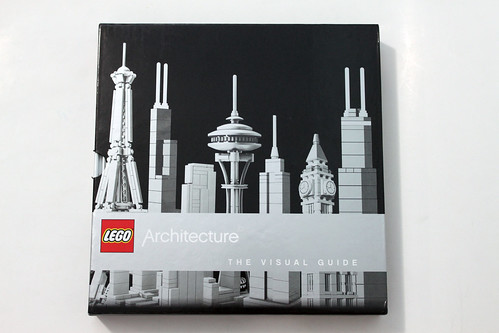 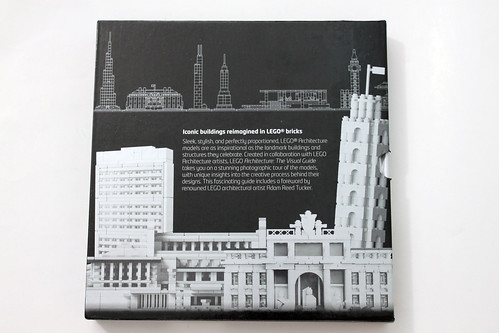 The book itself is a hardback which contains 232 pages and retails for $40. Like all other DK books, you know you’ll be getting high quality content as well as crisp images. In collaboration with LEGO and Adam Reed Tucker, The Visual Guide takes a look at the LEGO Architecture sets along with builders and the inspiration behind the set.

The first thing you notice when you first look at the LEGO Architecture: The Visual Guide is the sheer size of it. The book comes with a nice slipcover which features some of the more recognizable Architecture sets.

The book starts off with an introduction with the beginnings of the LEGO Architecture theme which actually started in the 1960s and how LEGO artist Adam Tucker Reed revived the theme. LEGO noticed Adam’s models and were so impressed with his vision that they relaunched the Architecture line in 2008. The book also takes a look at the four LEGO designers who have worked on the theme including Steen Sig Andersen, Rok Zgolin Kobe, Jorn Kristian Thomsen, and Michael Hepp. 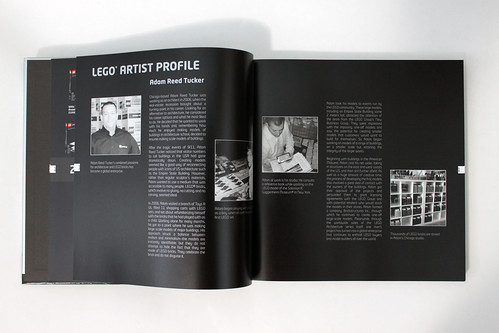 In between the previous chapters is a visual timeline of all 22 LEGO Architecture sets that have been produced since 2008. This timeline is split into the Landmark Series and Architect Series, depending on what category the sets fall in. A few pages after the designers and builders profile chapter, you get a cityscape comparing the scale of the sets next to each other. 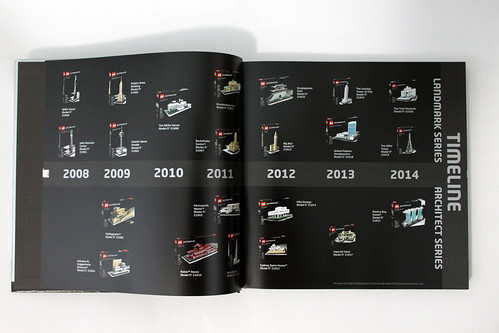 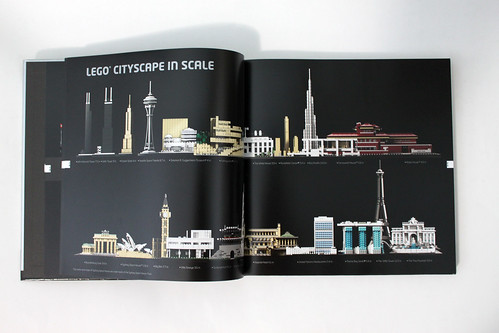 A majority of the models are split into four subsections. The first is the designer’s idea of how they translated the structure into brick form. 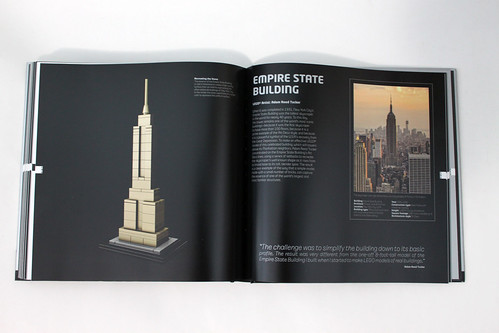 The Model section gives you detailed information about the set itself like the types of bricks used and why they were used. 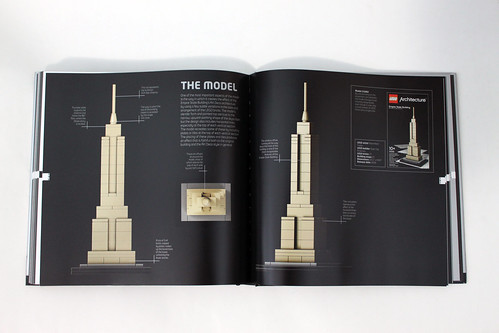 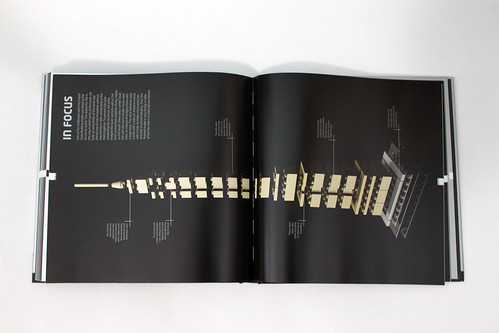 The final subsection of each set is The Original which gives you more information about the real-world structure. This part is nice if you want to read up on the structure’s history. 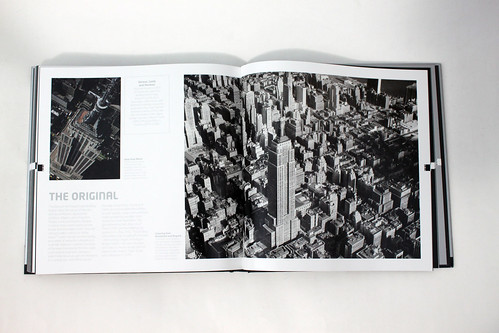 Overall, LEGO Architecture: The Visual Guide is a very elegant printed book, much as you would expect from DK. The slipcover was a good addition and makes the book a very nice coffee table book.

The contents of the book itself was very informative from Adam Tucker Reed and the other LEGO designers creative thinking process to how they recreated some of the most iconic structures throughout the world.

One minor flaw I have with the book is that it might be somewhat difficult to read due to the the font choice and size. Also using white text on a black background or grey text on a white background may cause some reading difficulty as well. For me it was fine but for some, this may cause some issues. I do see why DK decided to go this route since the style of the LEGO Architecture sets are pretty similar in fashion.

I do recommend this book for any LEGO Architecture fan or any fan of architecture in general. As of this writing, it is available on Amazon

for $22 which is a little more than half off the retail price of $40. I’d like to again thank DK Books for sending in a copy for us to review. As mentioned earlier, I did receive two copies of the book so I’m going to do a giveaway for one of them. All you have to do is to use our Rafflecopter app below and one winner will be chosen. I’ll let the contest run until the end of the year and pick a winner shortly after. Good luck to everyone who enters.