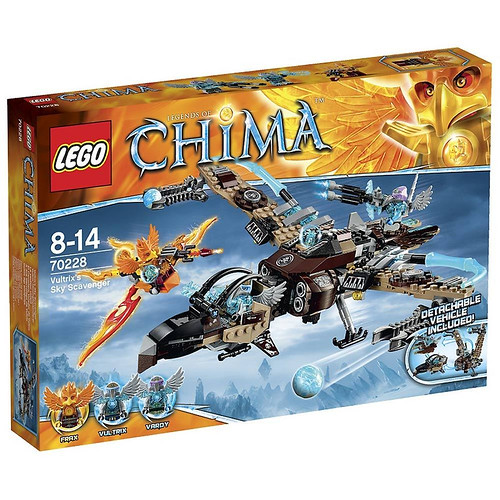 Ghostmind on Eurobricks has found a fourth retailer exclusive 2015 LEGO Legends of Chima set, Vultrix’s Sky Scavenger (70228), which was found on a product listing on Toys R Us Japan. The set does include a new exclusive Vultrix minifigure while the Vardy and Frax has been seen in previous sets. There are 480 pieces to the set and is priced at 4,499 yen which is about $38 here. I would guess the set will retail between $39.99 to $49.99, most likely on the higher end. Legneds of Chima seems to be continuing strong in 2015 with a lot more Fire vs. Ice sets as well as some new Tribe Battle Packs to grow your army. 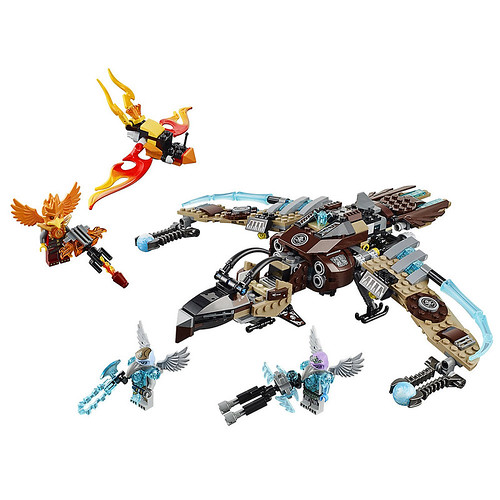