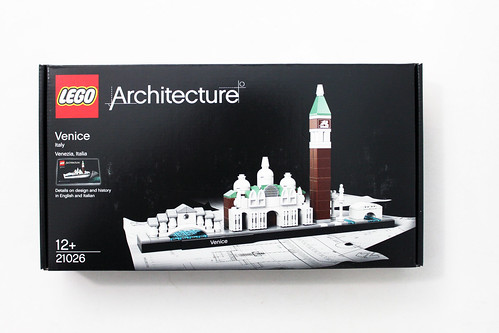 Yesterday I started my reviews of the new LEGO Architecture “skyline” models, as I like to call them, with New York City (21028) and I’m back with another one today with Venice (21026). Like with New York City, the Venice set shows some of the most notable landmarks in the city. 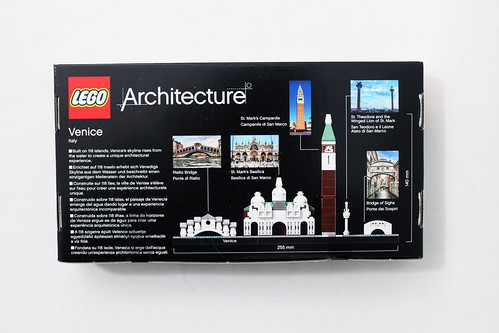 Venice (21026) is the smallest of the skyline-type sets coming in at 212 pieces. Like with New York City, we don’t have a price point for it yet. The contents of the box include three un-numbered bags and the instruction booklet in both English and Italian languages. 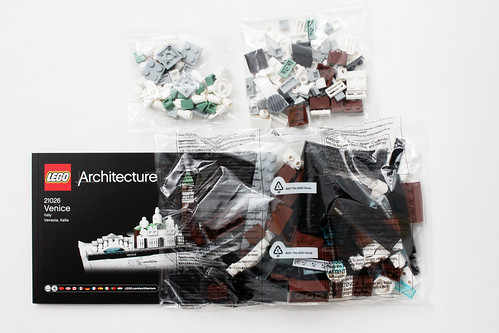 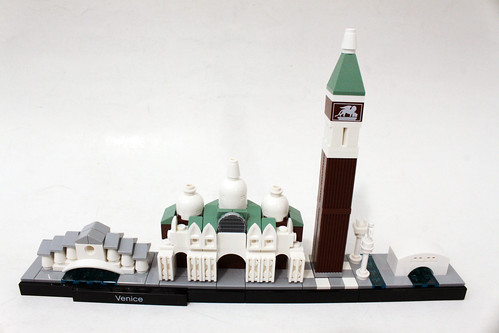 We start the build with the base which consists of mostly black plates and the 2×6 plates with studs on the side. You also get the 1×8 Venice printed tile. 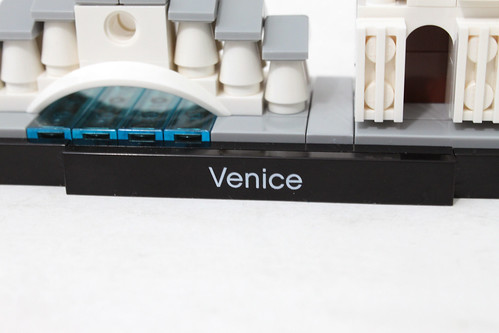 The first landmark is the Rialto Bridge which pretty much uses wheel arches, cones, and cheese slopes to complete the look. Nothing too complicated but does look somewhat like the bridge. There’s also some 1×4 trans-blue tiles to represent the water. 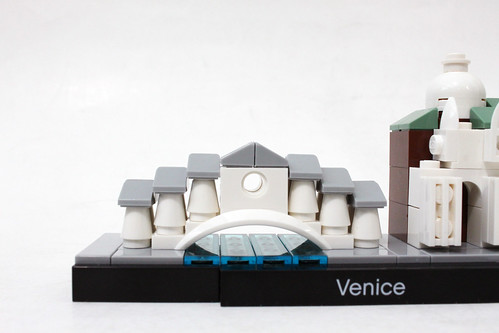 Next up is St. Mark’s Basilica. This is the largest object in the Venice set and it is a great small scale representation of the building. You can see the use of the grill pieces to show the columns on the building and sand green cheese slopes make up the roof. 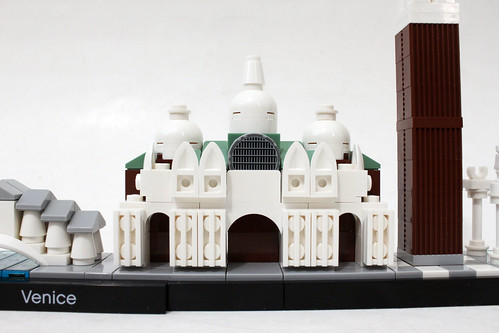 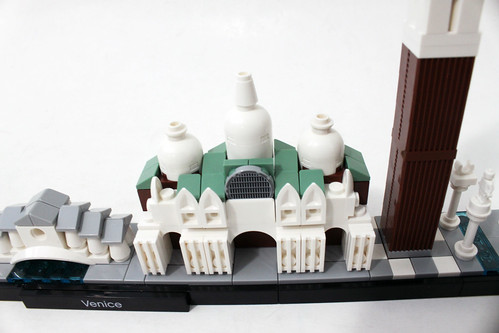 Probably one of the most regonizable landmarks in Venice is St. Mark’s Campanile and not surprisingly the bell tower is included in the set. It’s a pretty simple build made up of mostly dark brown grooved bricks to depict the building’s design. There is also a printed 2×2 brick at the top which shows the Lion of Saint Mark. 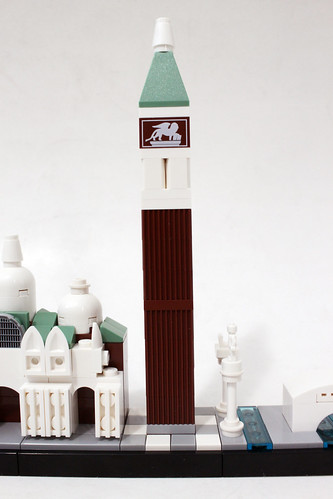 Following that is a couple of statues of the Winged Lion of St. Mark and St. Theodore of Amasea at Doge’s Palace. Unless you’re familiar with Venice, you wouldn’t know that the clip piece represents the Winged Lion. 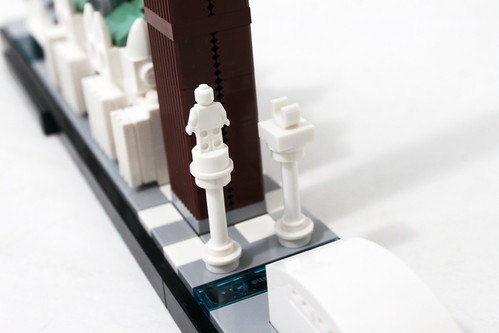 Finally, we have the Bridge of Sighs which connects the New Prison and Doge’s Palace. The actual bridge has some windows and that is represented by the the grill pieces. Again, trans-blue plates are used for the river. 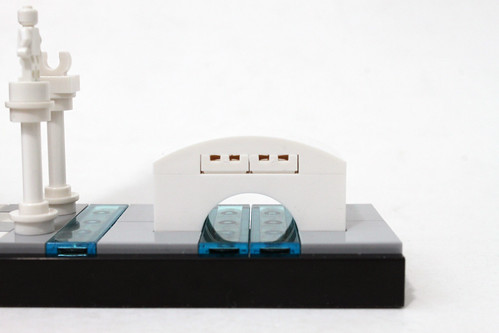 Overall, the Venice (21026) skyline set is a pretty intersting one using various parts to show the details of each building and it makes a nice display piece. LEGO did a fine job of replicating the real-life structures in a miniature scale. As I mentioned before, I do not know the pricing on these new Architecture sets so I won’t do the grading scale on it. I believe these sets will be available in January when the 2016 sets are released. Finally, thank you to the LEGO Community Engagement team for sending in these sets for review. 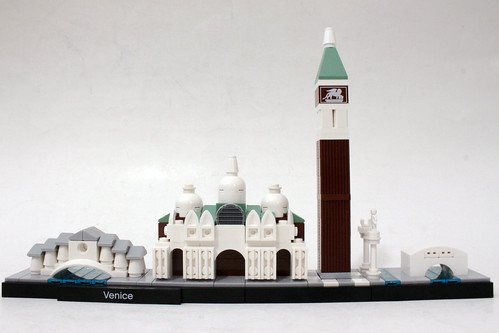