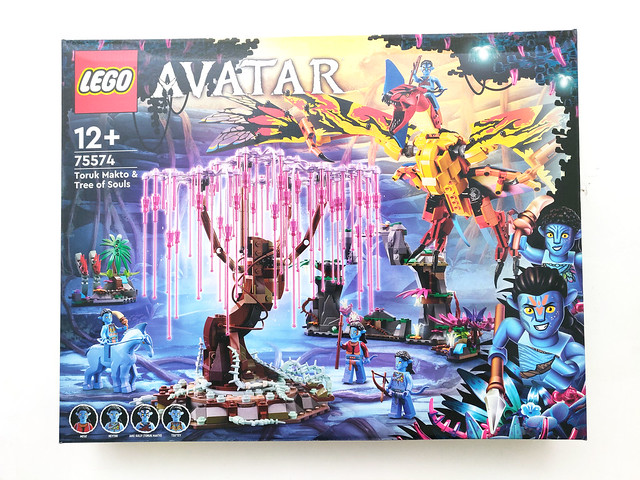 Continuing my reviews of the LEGO Avatar sets, the next one we’ll be checking out is the Toruk Makto & Tree of Souls (75574). This is the most expensive set of the wave coming in at $149.99 while having 1,212 pieces. 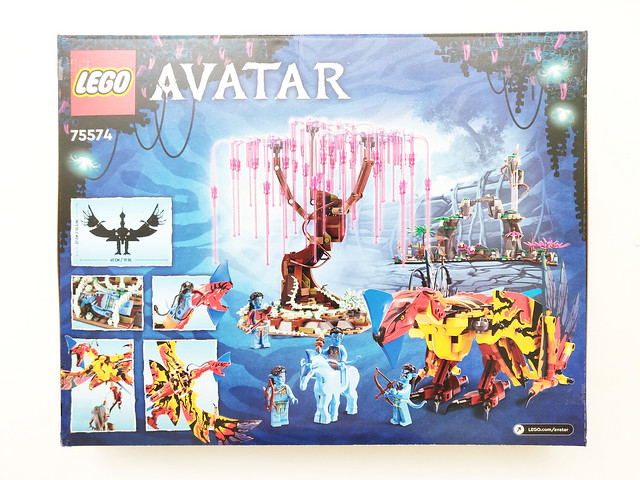 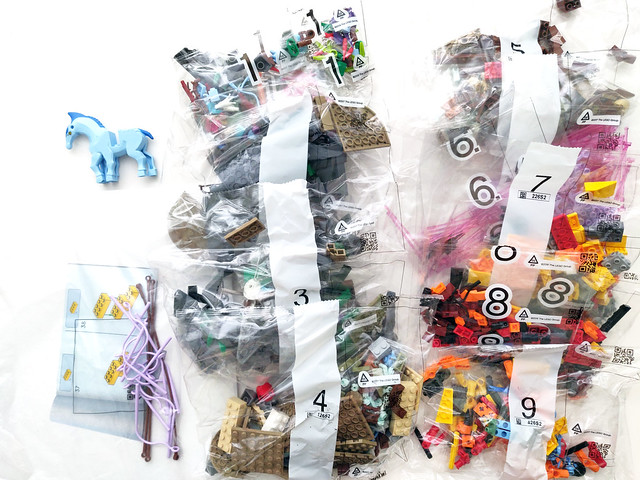 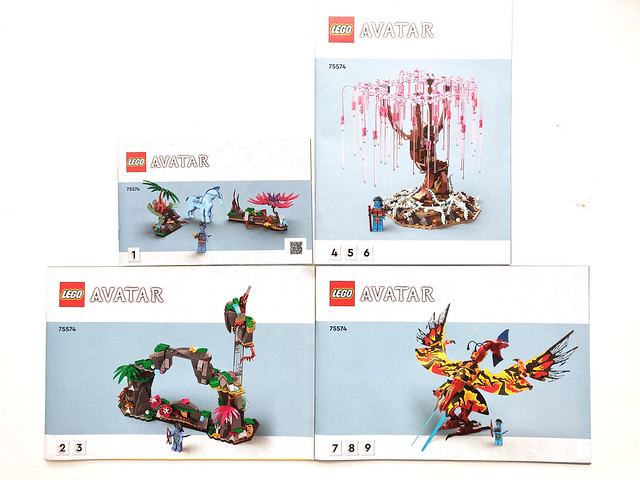 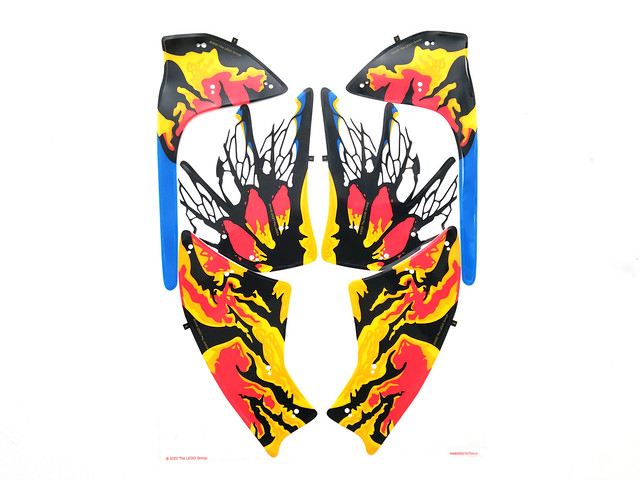 The set includes four Na’vi minifigures, Jake Sully, Neytiri, Mo’at and Tsu’Tey. This version of Jake shows him with a brown harness that goes around the torso. The loincloth on this minifigure is a different color than the other minifigures in the wave. His face shows him with a stern expression with some nice warpaint printing as well. His accessory is a bow and arrow. 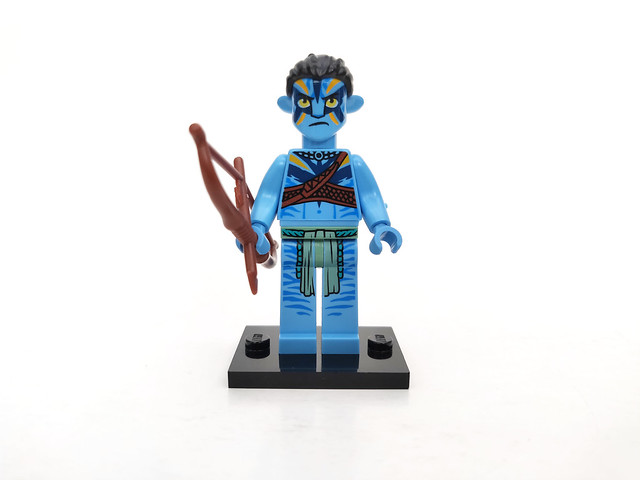 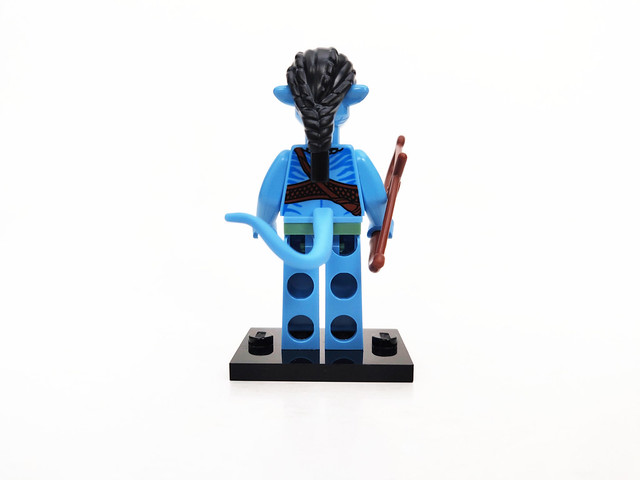 Neytiri looks to be the exact same minifigure as the the Banshee Flight (75572), however, her head looks to be a generic Na’vi head. Her accessory is also a bow and arrow. 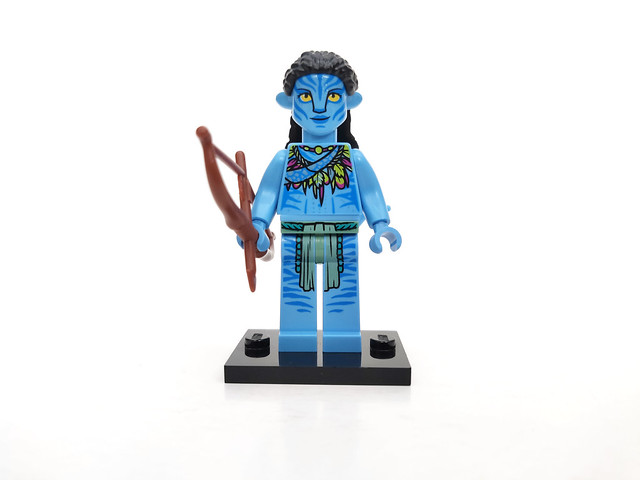 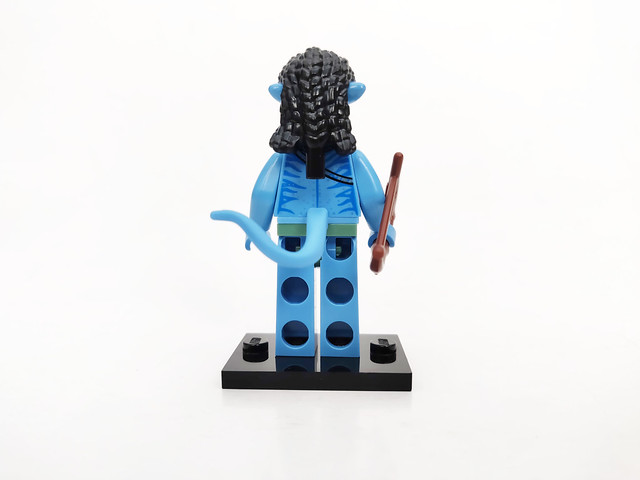 Mo’at has on a red vest which shows the printing on both sides of the torso. Her head shows her with a calm expression with printing of the ribbons going down the side of her head. She has a staff as an accessory. 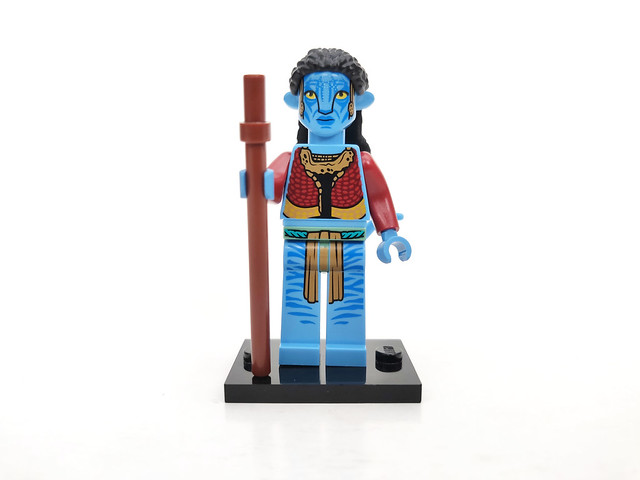 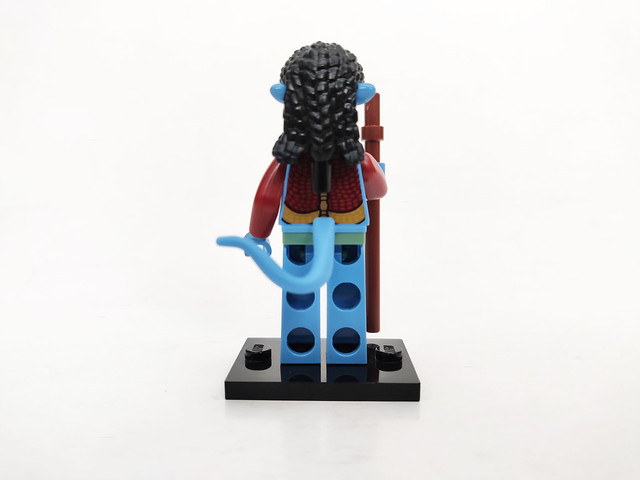 Lastly we have Tsu’Tey who was the Omaticaya’s best warrior. The torso shows him with a detailed harness with claws and feathers as decorations. His face shows him with an angry expression due to his dislike of Jake. His accessory is a curved dagger. 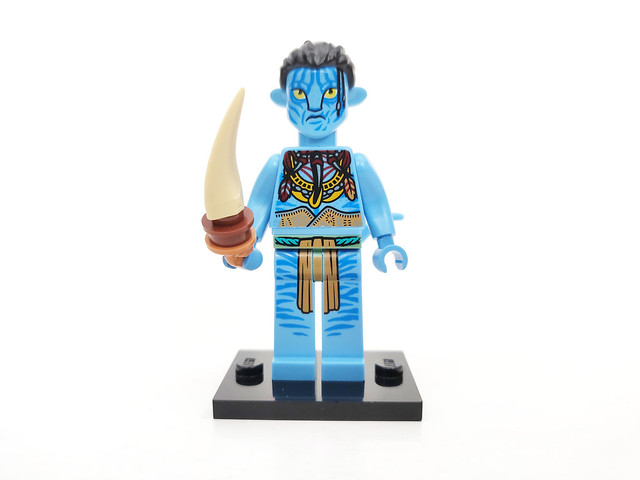 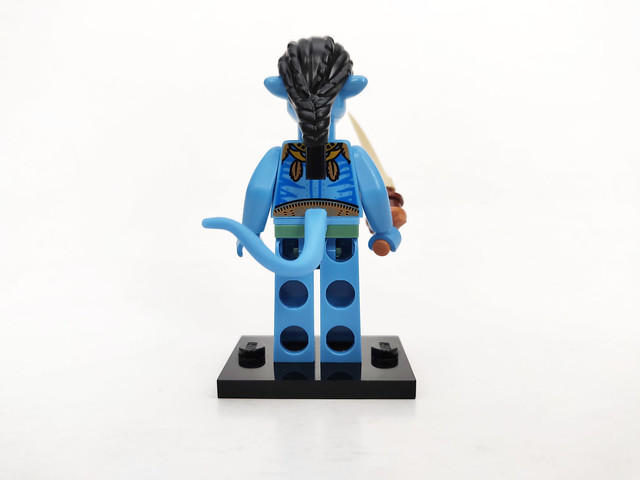 Before we get to the builds, there is a Direhorse that is in the set. It does have some rubber pieces to connect to the minifigures. 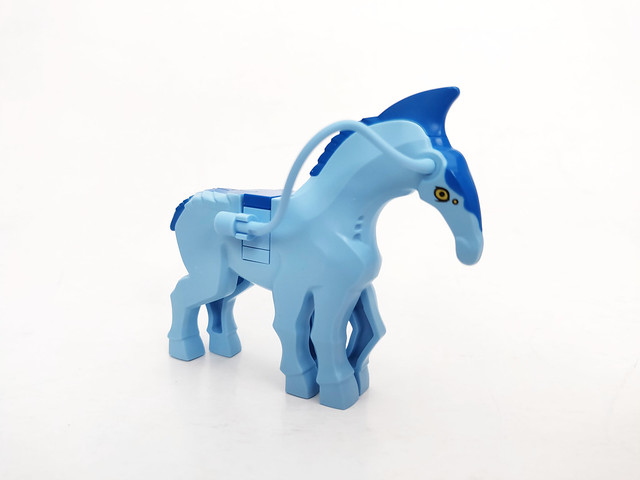 Like with all of the other LEGO Avatar sets, there’s a small rocky section of the rainforest. This one is larger than the other ones as it needs enough stability for the Toruk to sit at the upper rocky area. There are colorful pieces used to resemble the vibrant forest from the movie. There are also some glow in the dark pieces included as well. Note that you’ll need a very flat surface as the Toruk is very heavy and may topple the structure down if it isn’t set right. 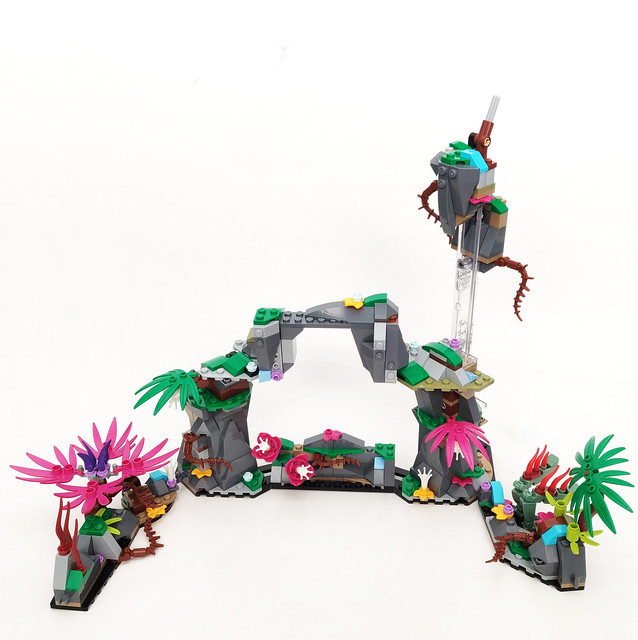 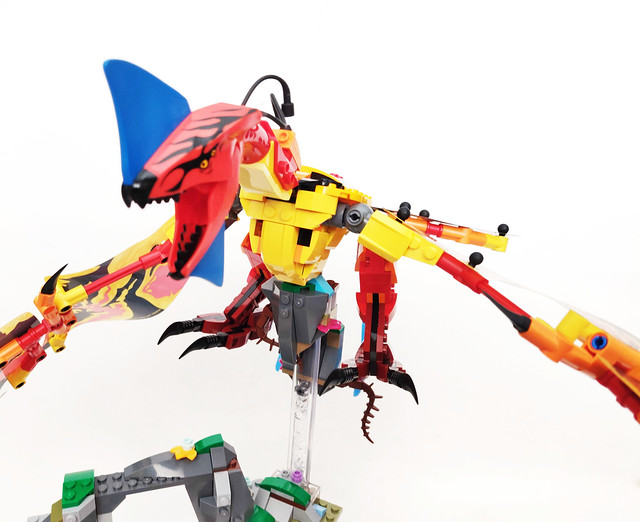 The Toruk is the great leonopteryx which Jake successfully ride to become the Toruk Makto. It looks similar to the banshee but is much larger and it has a red and yellow color scheme with black stripes. It has two sets of wings with the front pair being two times as large as the one behind it. The blue tails in the back are extensions of the rear fins. 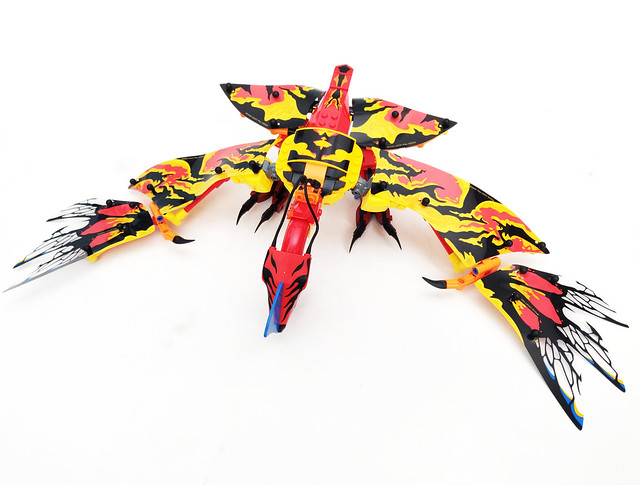 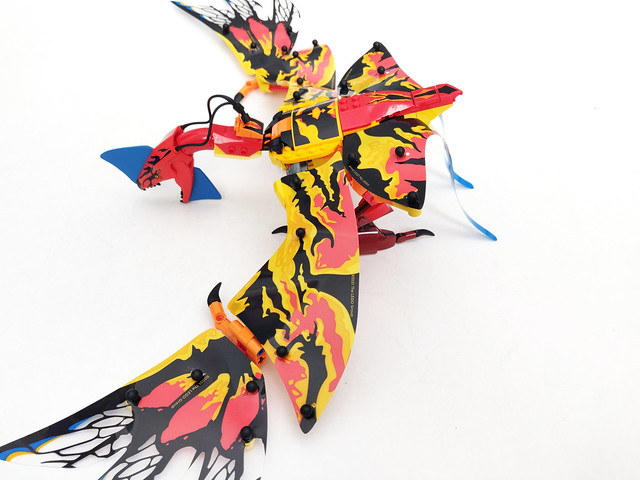 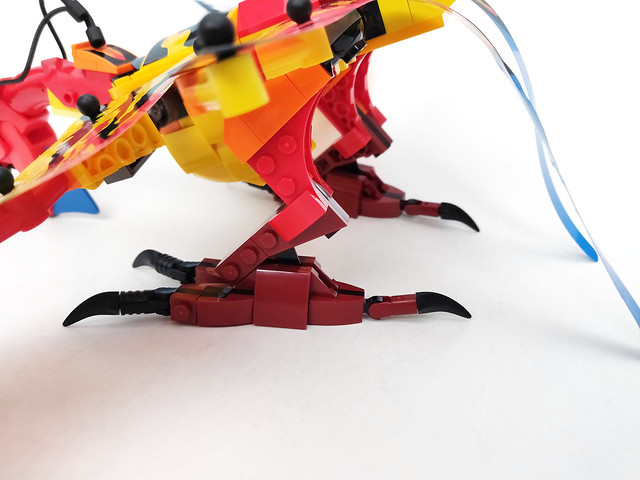 The head is specially molded for this build and it has printed stripes going on top. There are two large blue fins on top of the head and bottom of the mouth. 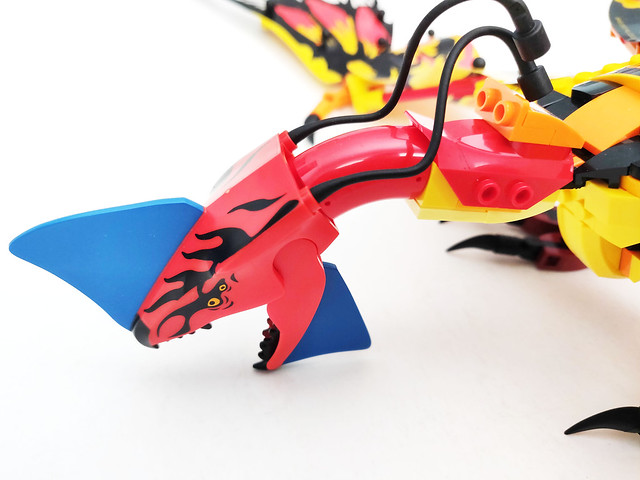 Lastly we have the Tree of Souls which I think is a very underwhelming part of the build. The base and trunk of the tree has some interesting design to it, the leaves are very repetitive. The base uses a lot of aqua colored vines and flower pieces for some fluorescence. The leaves uses some lavender colored pieces with some translucent antennas and bars. There are 12 sets of these leaves to build. 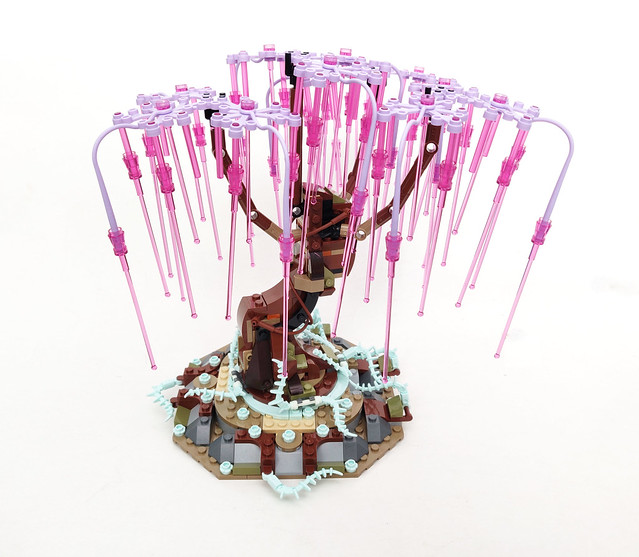 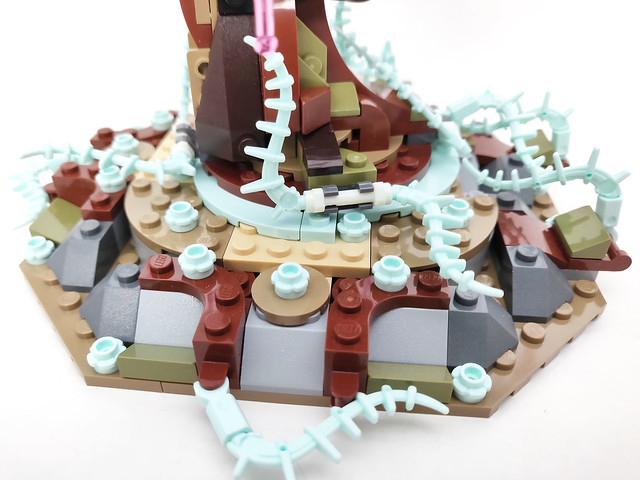 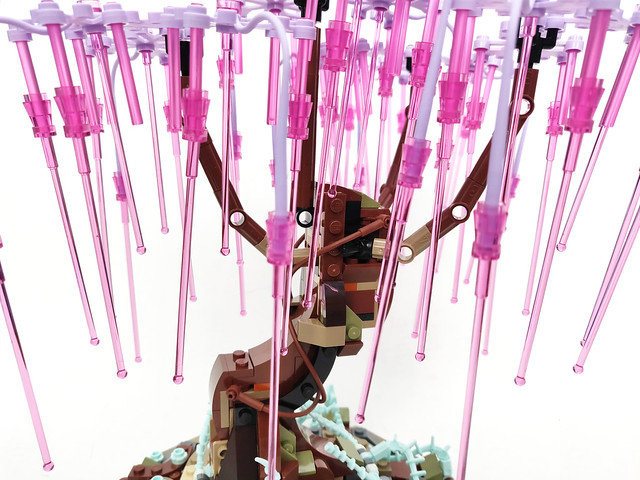 Overall, the LEGO Avatar Toruk Makto & Tree of Souls (75574) is an alright set but not worth it at the $149.99 price point. The Tree of Souls does look pretty and it’s not surprising that LEGO didn’t call it the Tree of Voices since they look exactly the same, probably because of the particular scene that happened at that location. I would suggest waiting for a sale on this set before picking up the others because I think to other ones have more playability at a cheaper cost. 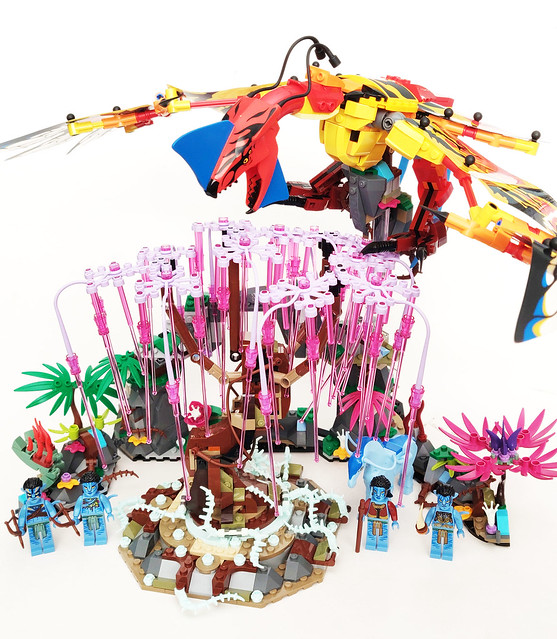