We’re back again with another guide for LEGO Batman 3: Beyond Gotham. This time we’re giving you information on how to do all the Adam West in Peril quests. There are 16 locations where you have to find and rescue him from danger and when you do all the quests, you can play as Adam West and unlock the “The Bright Knight” achievement/trophy.

Level 1: Pursuers in the Sewers

Location: Right before you you enter Killer Croc’s lair, you’ll see a Solomon Gundy pad towards the front of the screen. Use him and he’ll dig up an air pump. Step on it with a character and it’ll flush a green liquid out and it “frees” Adam below. 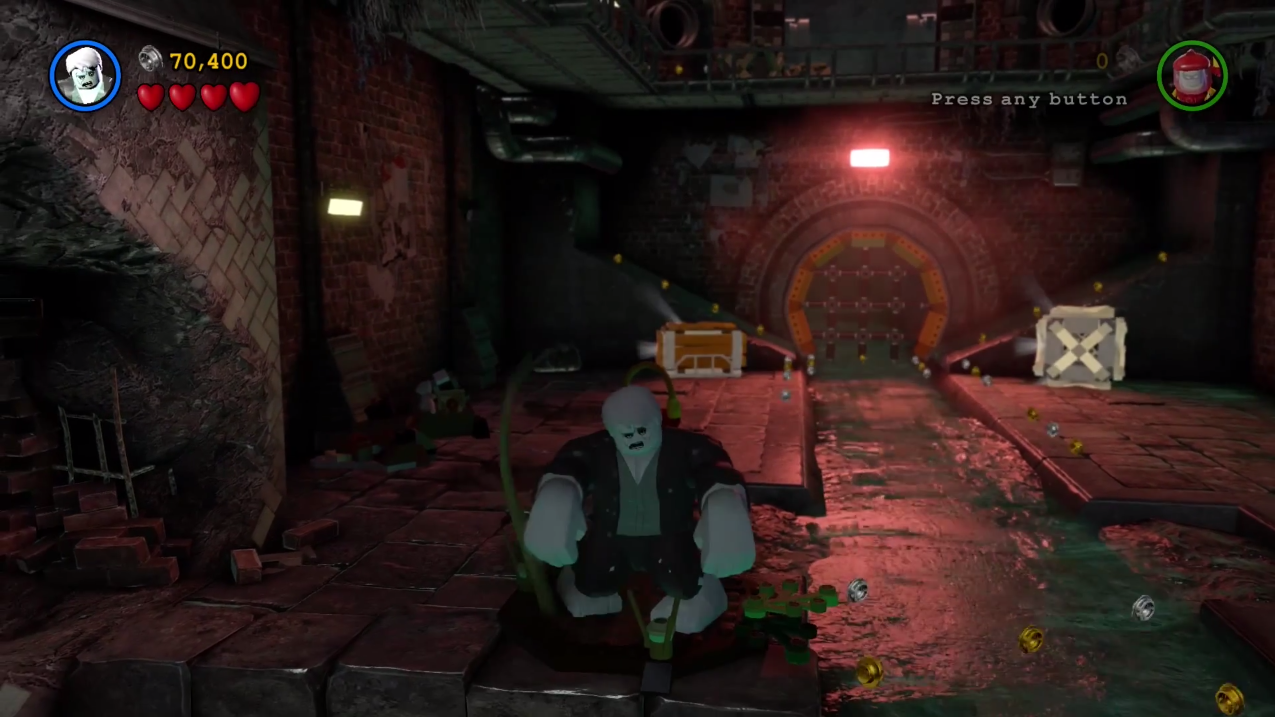 Location: At the top middle part of the area, there is a gold box that you can destroy. Build the pieces to reveal a Green Lantern pad. Use him and he’ll make a slide for Adam to come down from the rock on the waterfall. 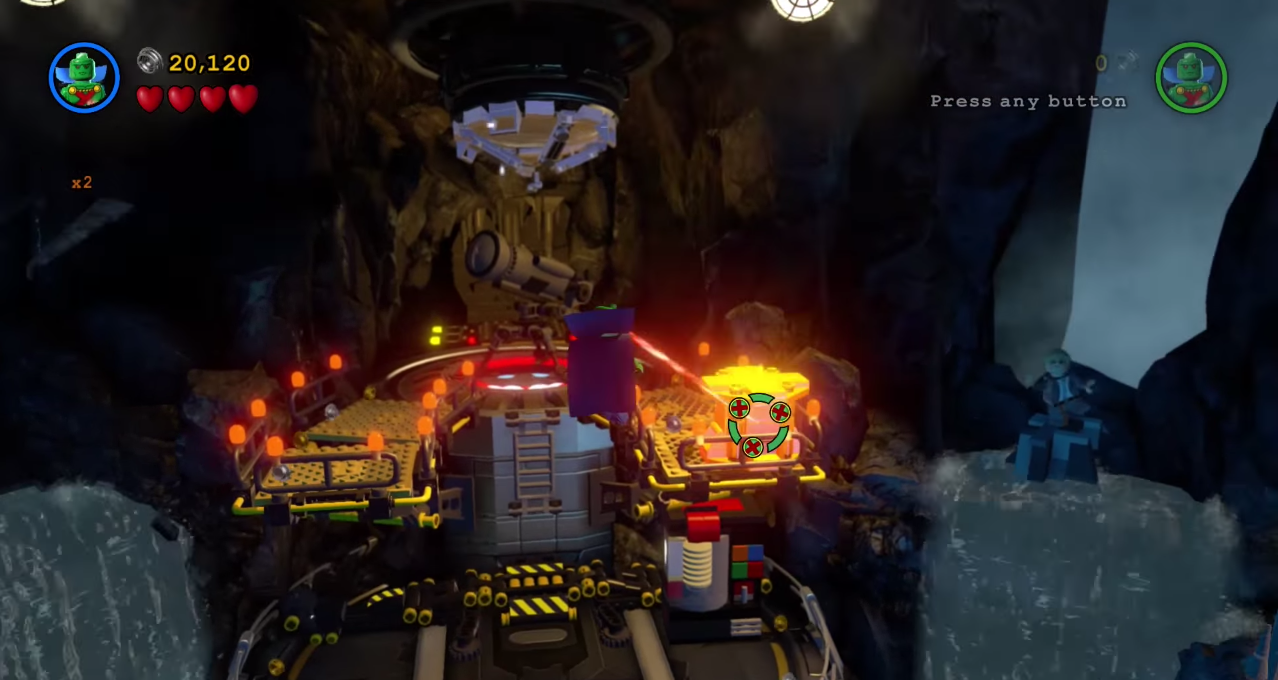 Location: After you reach the rotating satellite area of the stage, you’ll see Adam on top of a smaller satellite. You may have to rotate your camera a little to find him. Shoot it down and Adam will drop down too. 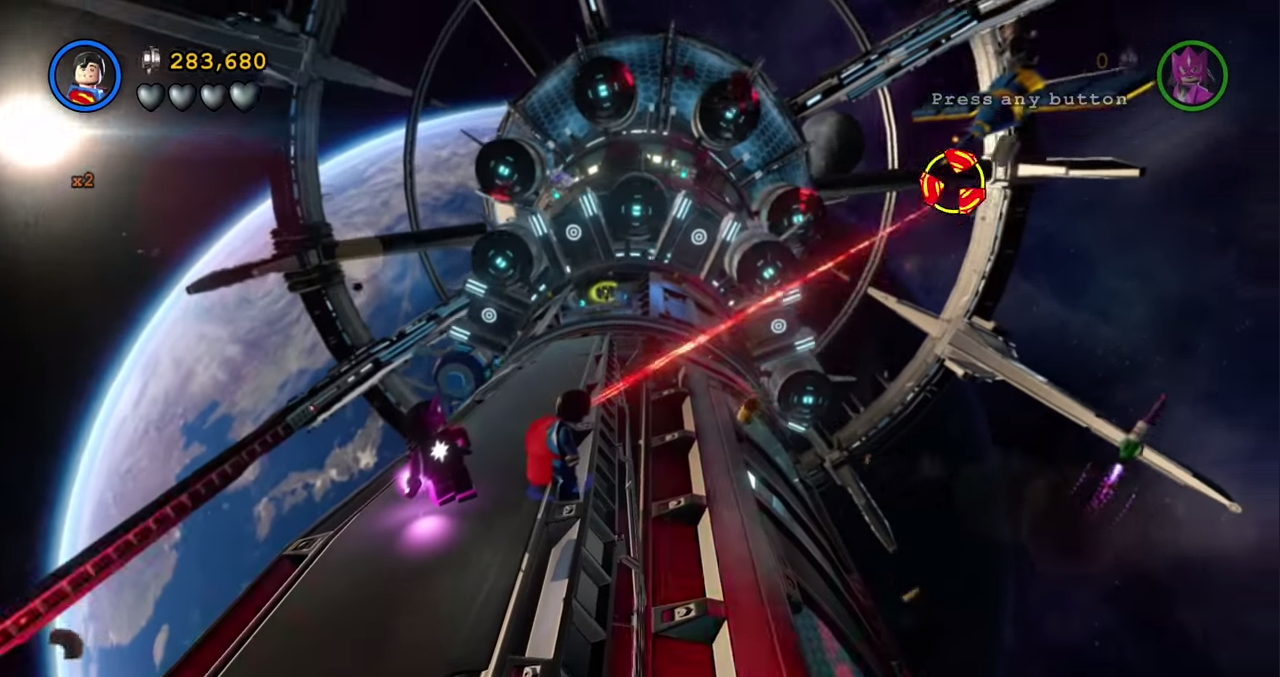 Location: At the beginning of the Joker boss battle, you’ll see a Plastic Man pad next to the dance floor. Use him to get to the upper level. There are some breakable items to the left. Use a Lantern character to create a vaccuum to suck Adam West through the grill. 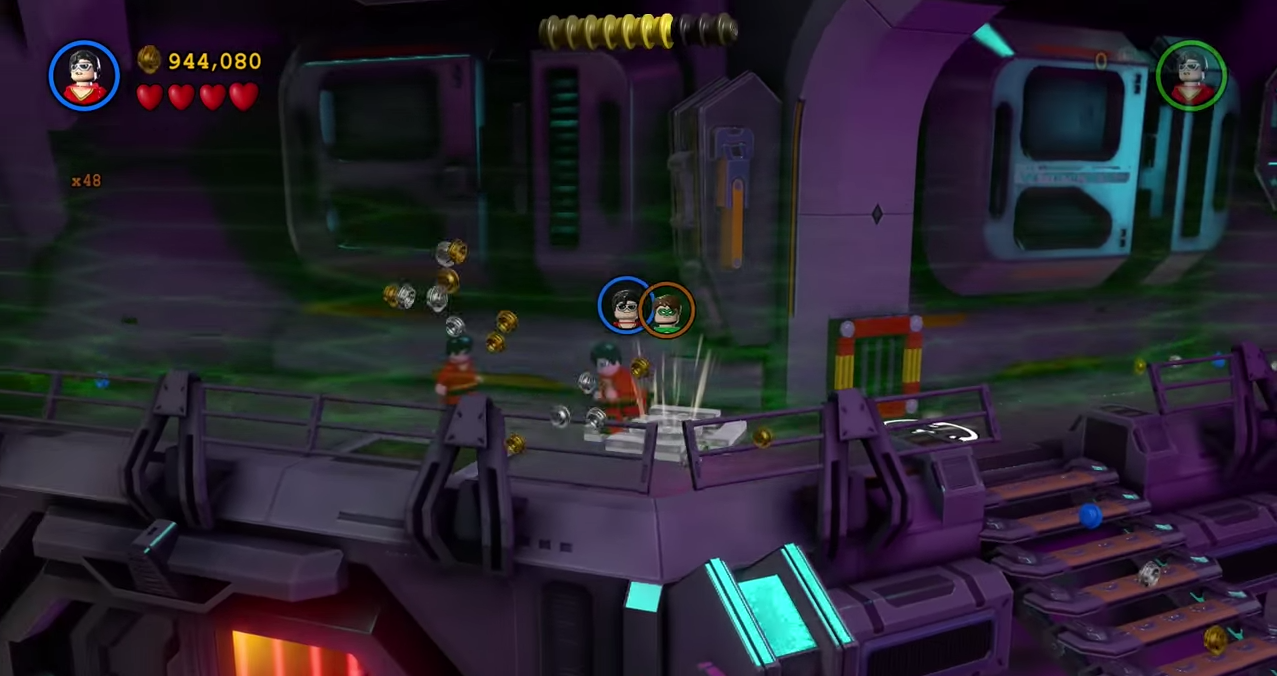 Location: Towards the top back area of the level, you’ll see a fire. Put it out and Adam will jump out. 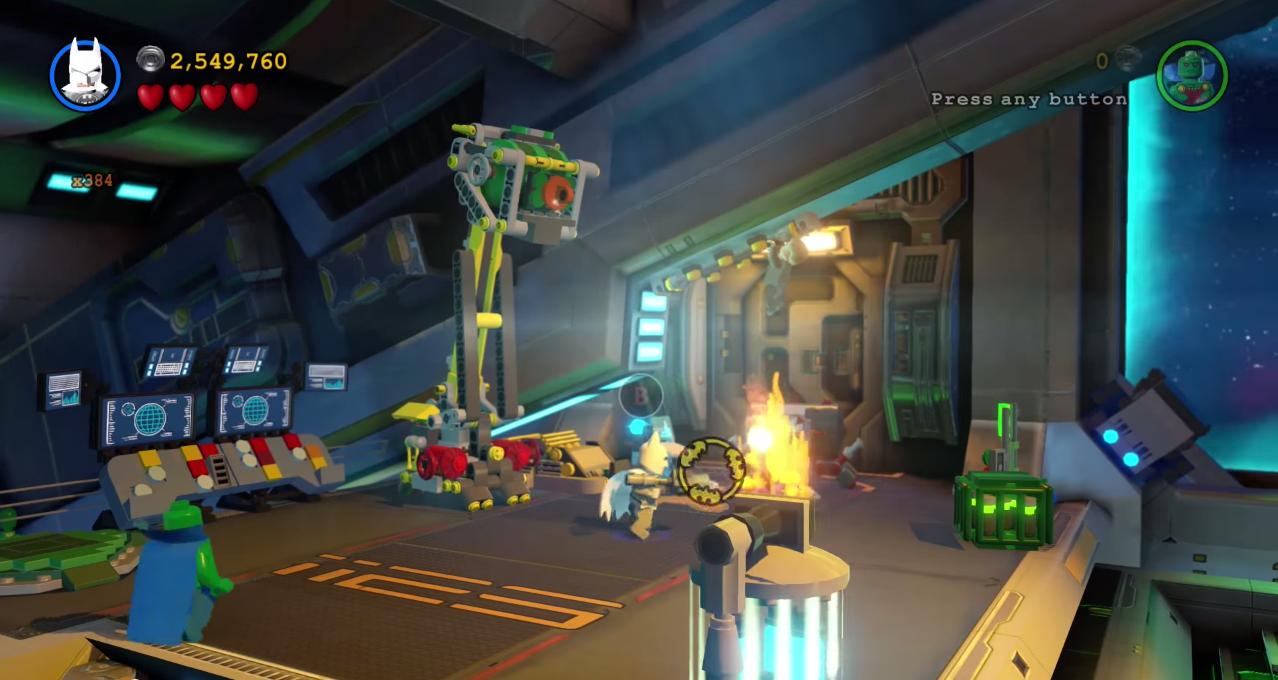 Location: Right when you spawn, there a plant there you can break. Hidden is a dirt patch where can dig up pieces for a turn crank which raises a container with a gold lock. Destroy it and and the container opens and Adam jumps out. 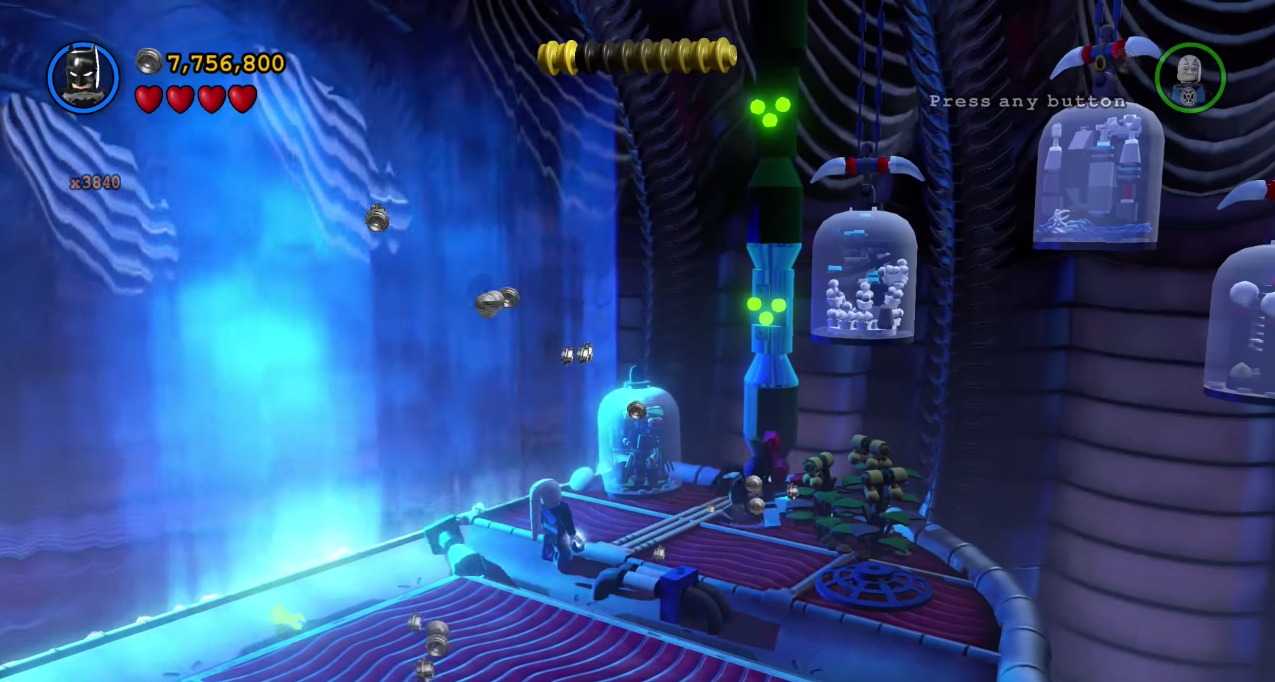 Level 7: Europe Against It

Location: Once you pass the park area and you get back to the river, use a character that can use the panel on the left to line up the ships with the arrow. Adam will jump to safety once you complete it. 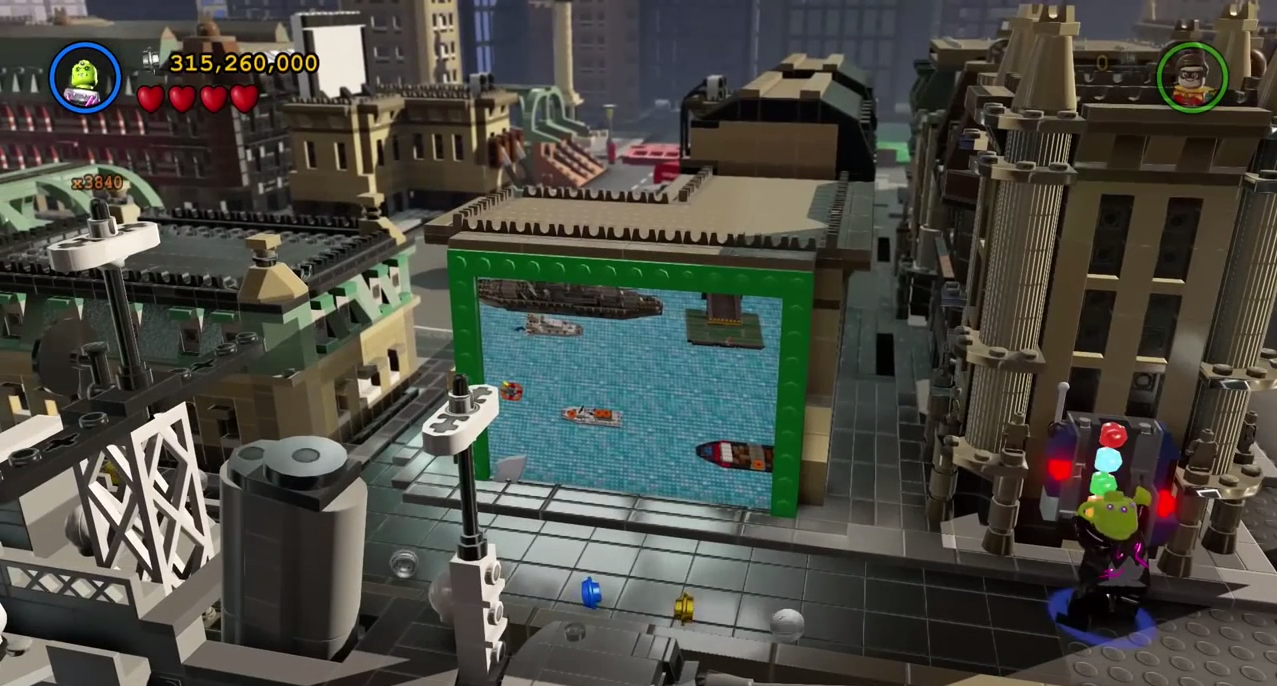 Location: Once you get to the third area, you’ll see a silver statue right next to the lake. Destroy it and build the Lantern pad. It will build a boat and Adam will hop on. 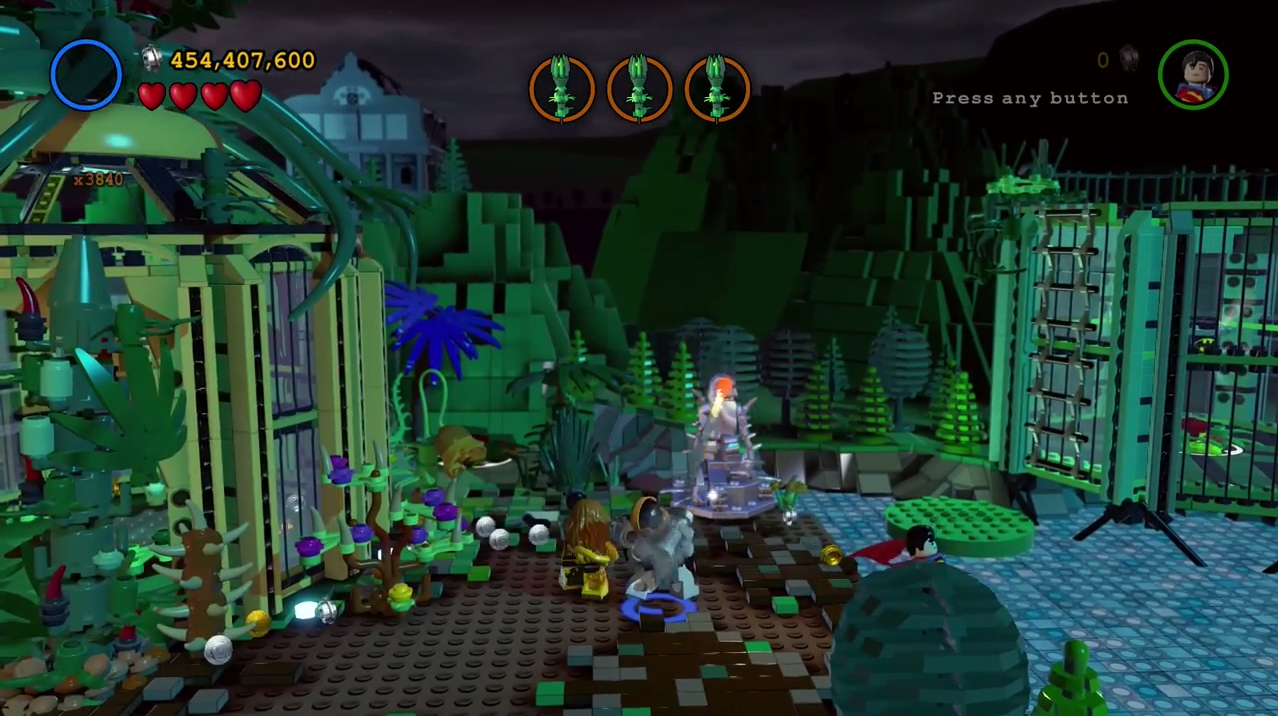 Level 9: The Power of Love

Location: Just to the left of the Illumination station, there is a cave which you can light up. Adam is hiding inside. 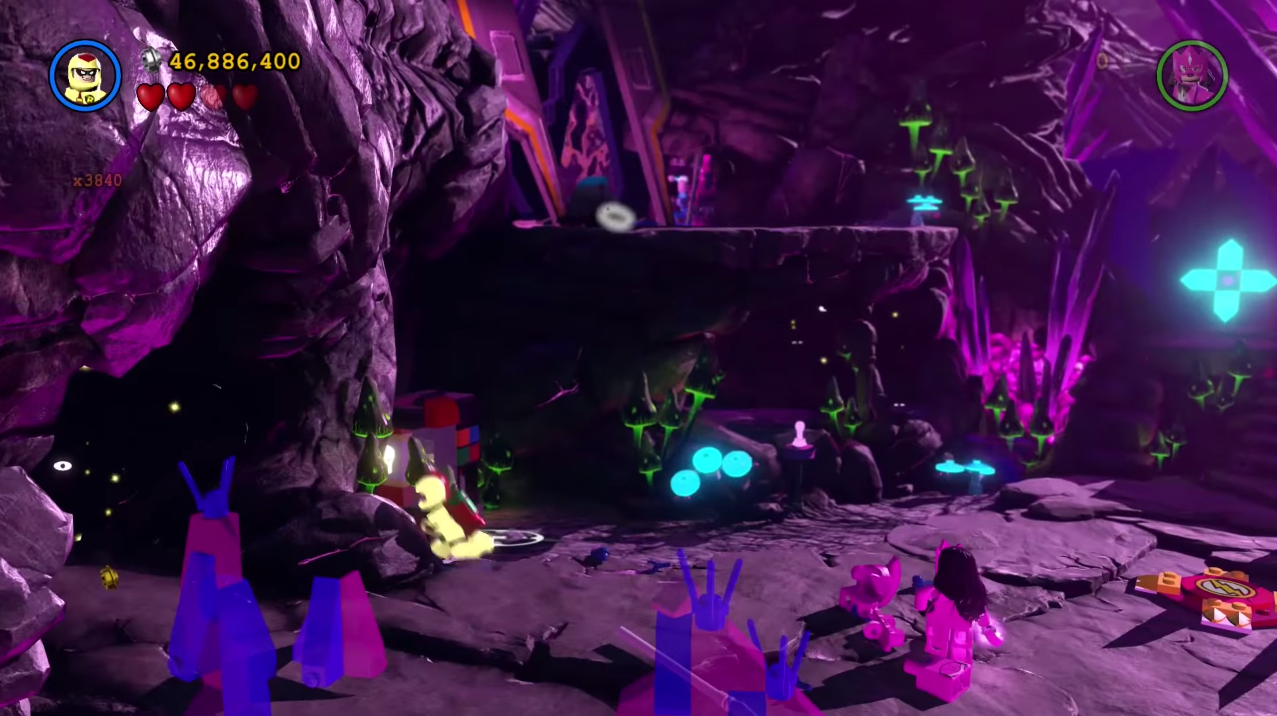 Location: Above the river area, Adam West is stuck in a bird’s nest. There is a boulder that you can shrink and the boulder will knock out the bird. After that build up the pieces from the boulder to create stairs for Adam to climb down. 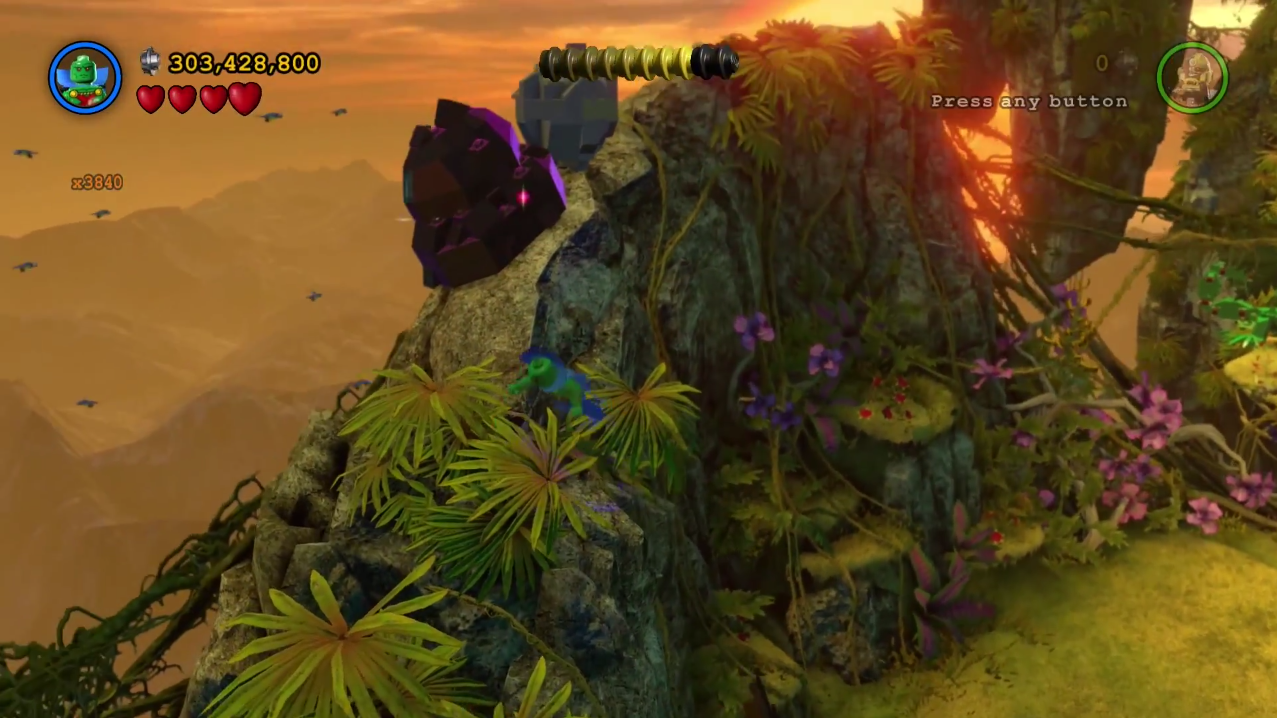 Location: As soon as you pass through the magnetic doors in the beginning, there will be a dirt patch on the left side. Build up the pieces and it will create a shapeship to blast the rocks and free Adam. 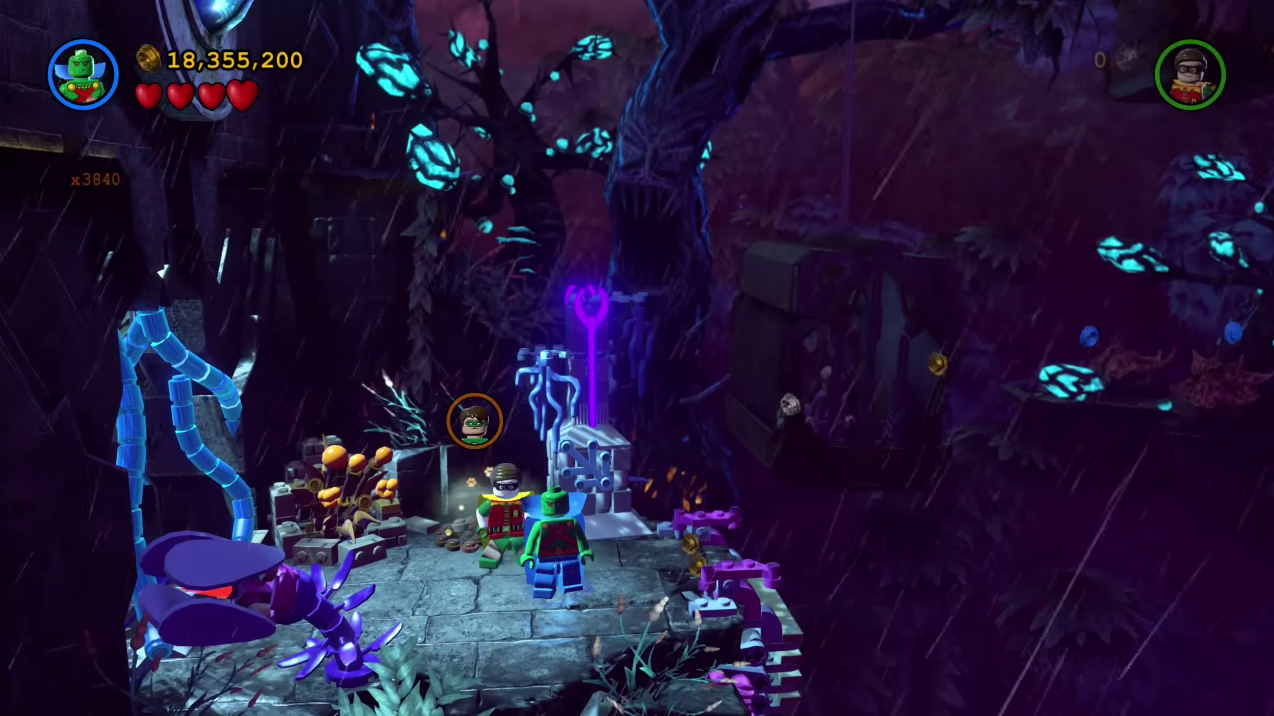 Location: Before you head through the second green door, fly to the top right area and you’ll see Adam West trapped in a laser cage. Stealth to turn off the security sensor and flip the switch to disable the cage. 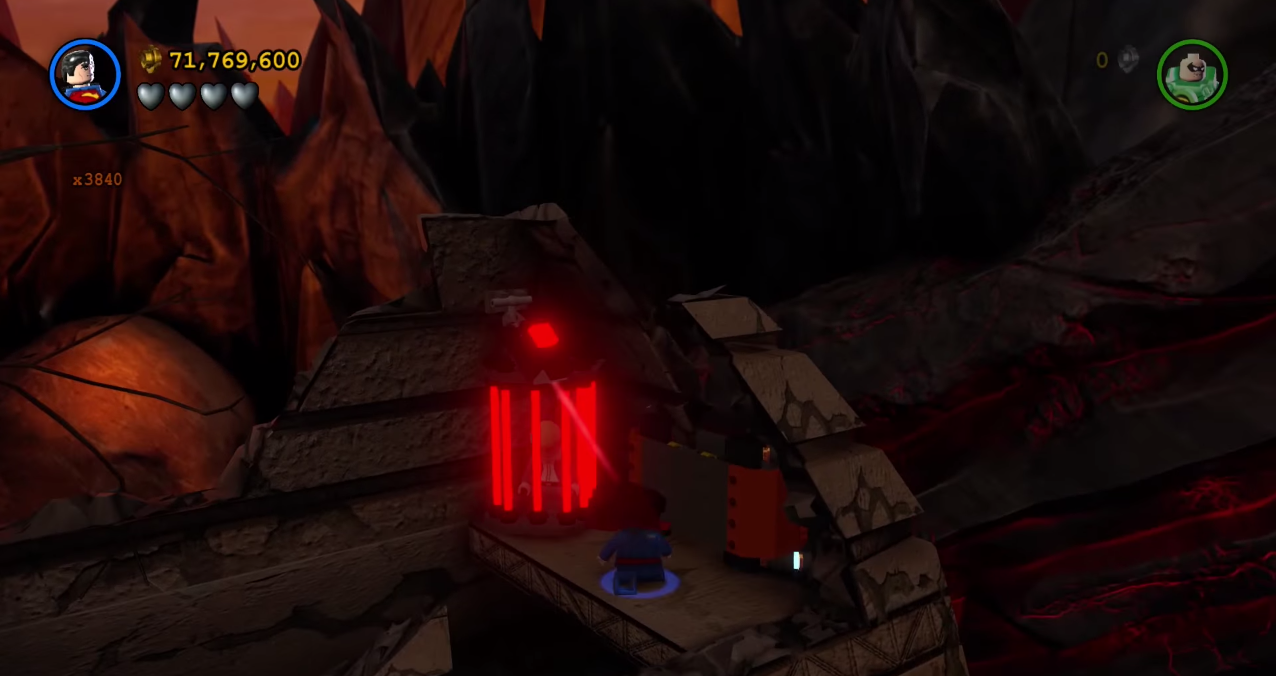 Once you are inside the temple, fly to the right side and you’ll see Adam trapped inside a statue’s mouth. Right next to it is a Lantern pad. Use it to create a pair of pliers to pull the teeth out and Adam will jump out. 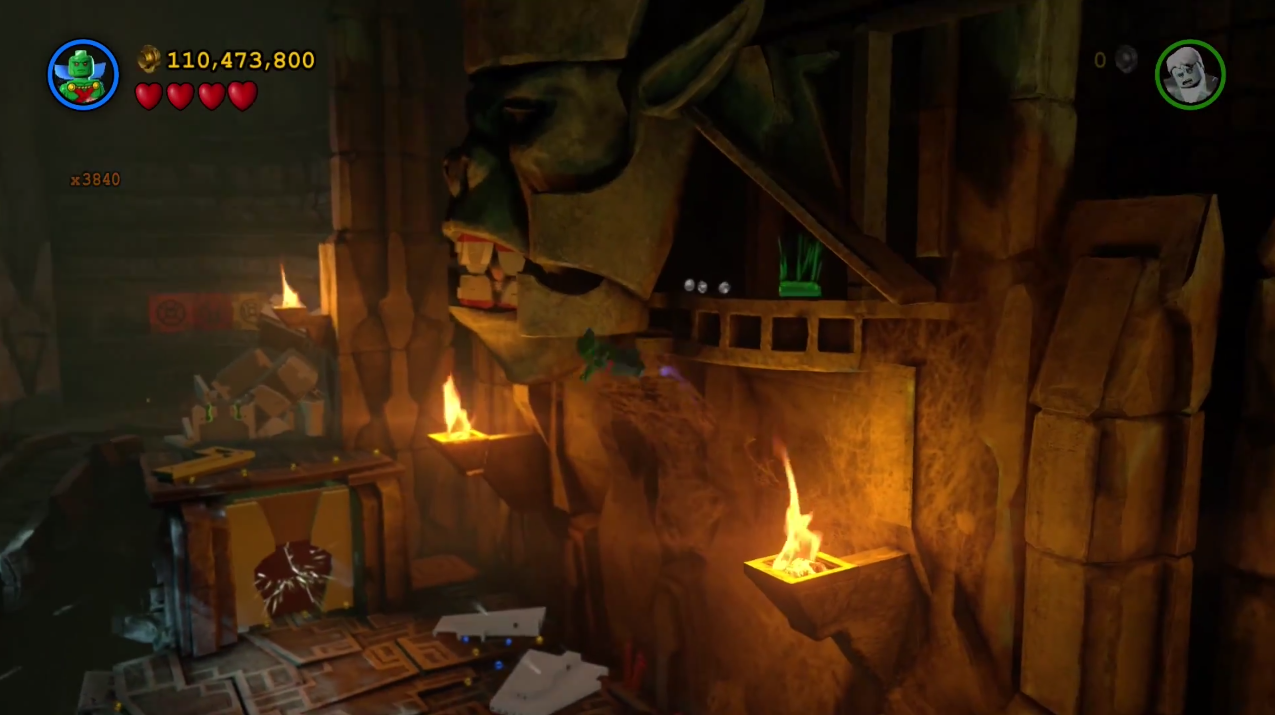 Location: Just a little up the path on the left side, you’ll see some red lasers. There is a guy that you can mind control to turn off the switch and free Adam West. 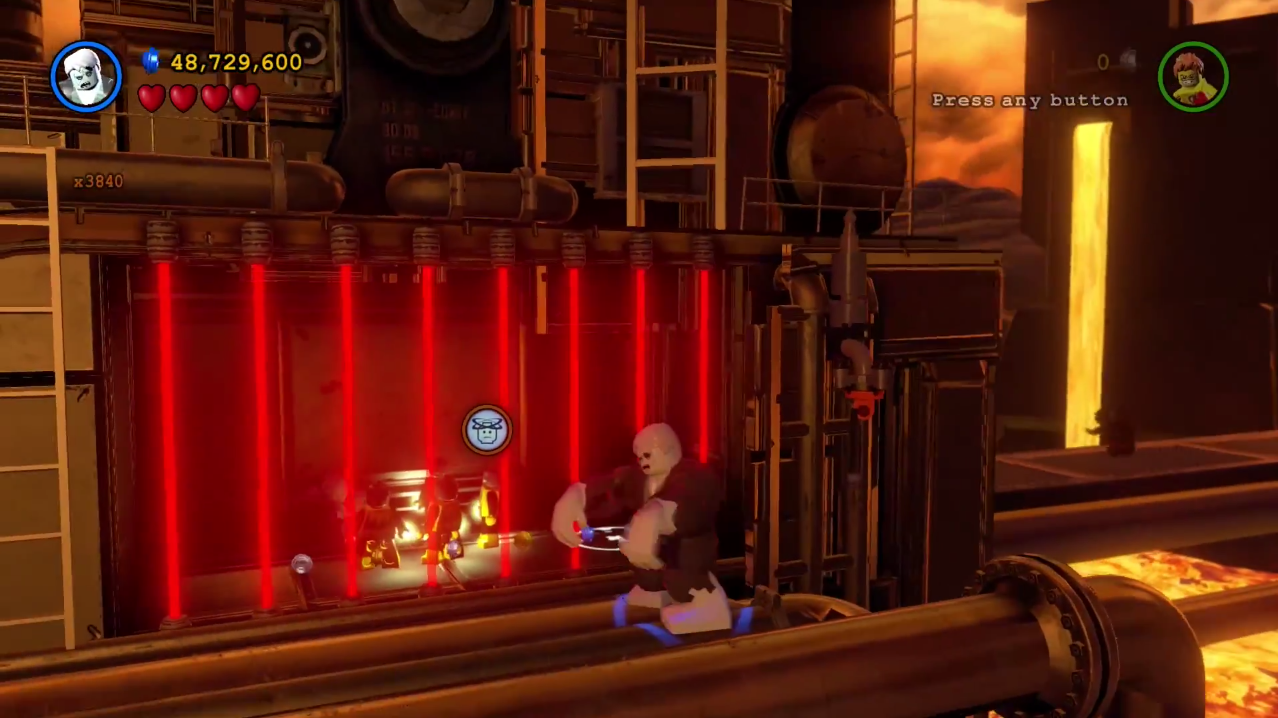 Location: Once you are inside the free roam area of the stage, head toward the middle and you’ll see a glass container with things hooked up to it. Destroy the tubing as well as the things nearby. Rebuild it and the machine will transform three studs into Adam West. 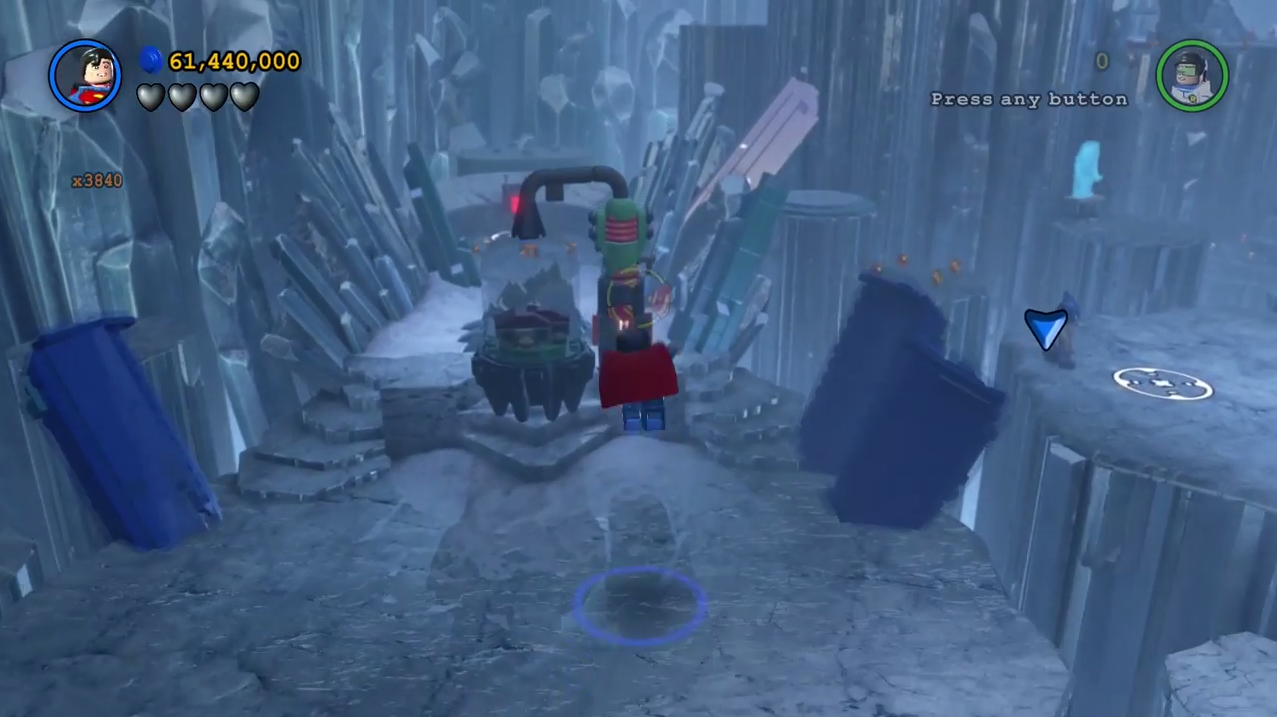 Location: In the third area inside the diner, defeat Catwoman and the Joker will drive his Steam Roller through the building. Part of the front wheel has some gold in the front that you can destroy. Adam West will pop out after. 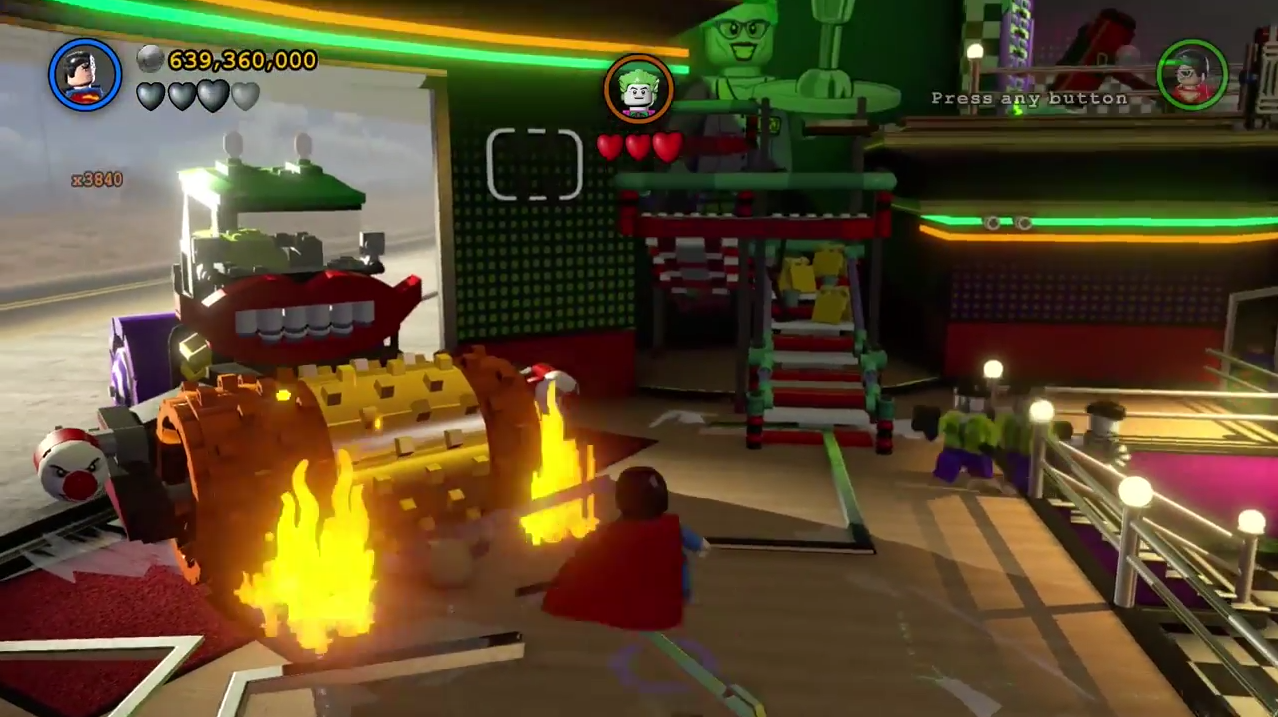