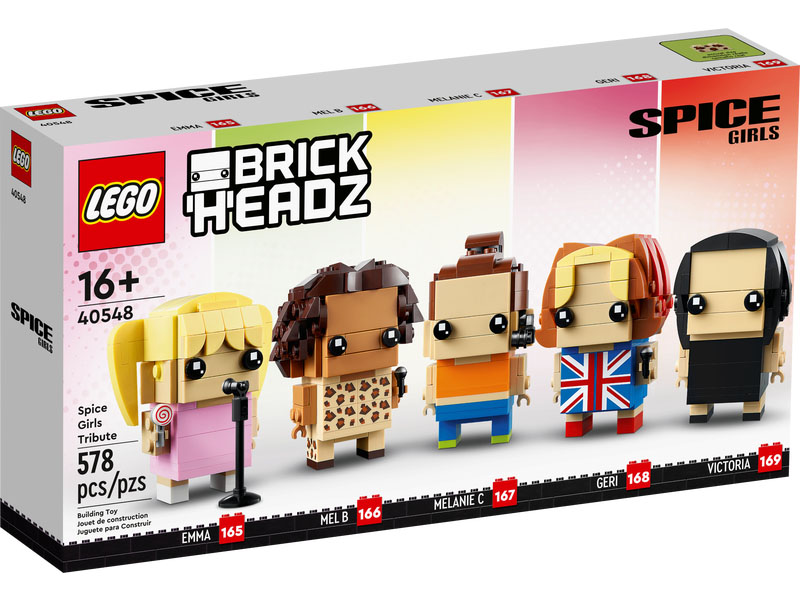 There are now official images of the new LEGO BrickHeadz Spice Girls Tribute (40548) set which was first revealed late last night. The set has 578 pieces and will retail for $49.99. It is to celebrate the 25th anniversary of Spiceworld and features all five girls in their original outfits. This set will be the first LEGO BrickHeadz set to be based on real life people. 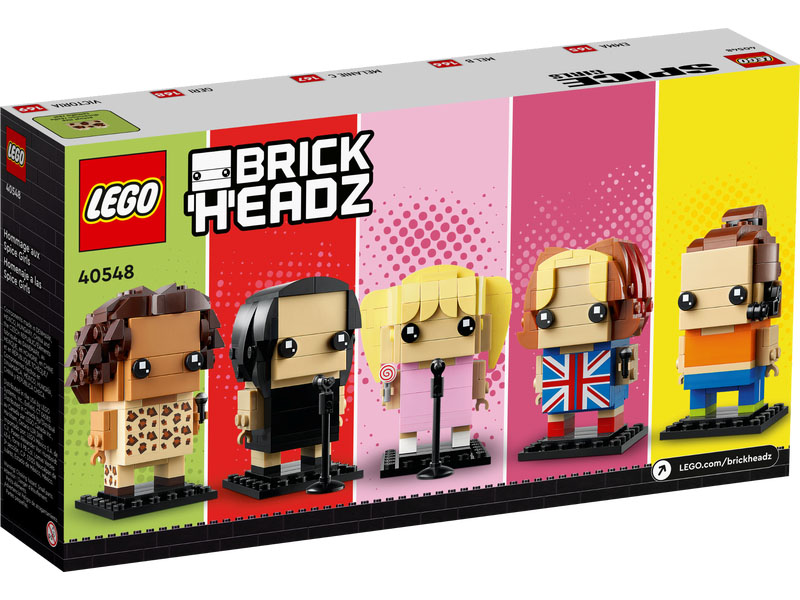 Channel your girl power with this LEGO® BrickHeadz™ Spice Girls Tribute (40548). Delight fans of the world’s most iconic girl group in this 25th anniversary year of the release of the Spiceworld album with a gift of this buildable set. It features all five girls and comes with authentic details such as Geri’s iconic Union Jack dress and Mel B’s animal print catsuit. Each figure stands on a baseplate, making these cool construction models the ideal display for any Spice Girls superfan. 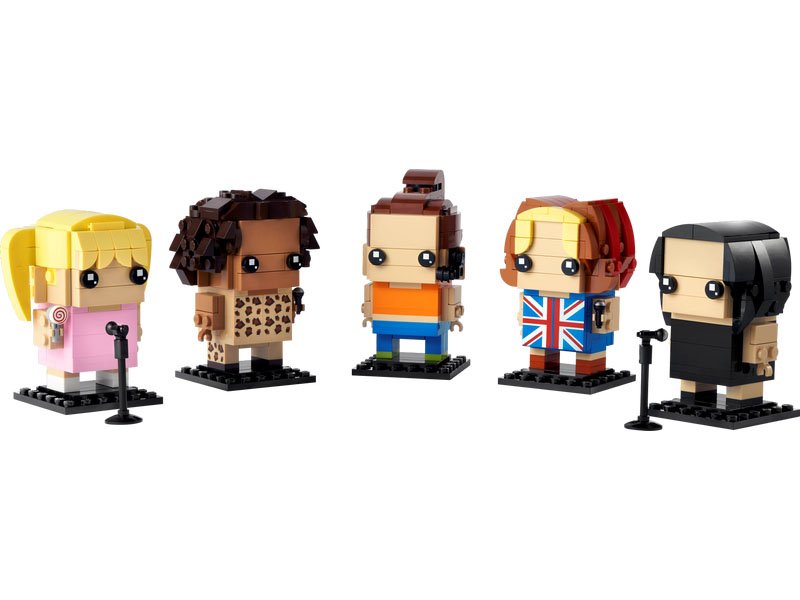 STOP RIGHT NOW – THE SPICE GIRLS ARE BRICK! For the first time ever the legendary Spice Girls have been brought to life as LEGO® BrickHeadz™

Five of the most recognised figures in showbiz history have burst on to the stage in LEGO® brick form for the first time ever, as the LEGO Group unveils the LEGO BrickHeadz™ Spice Girls Tribute set. This is a world first as actual people have never been immortalized in the LEGO BrickHeadz style before now.

In celebration of new LEGO set, world-renowned photographer Rankin has brought the brick band to life, recreating images originally shot in Rankin’s studio that made the girls so recognisable around the world, this time featuring the LEGO BrickHeadz quintet.

In 1996, Emma, Geri, Mel B, Melanie C and Victoria exploded onto the British music scene before taking over the world with hits such as Wannabe, Two Become One, Viva Forever and Spice up Your Life. Now the band can be built in LEGO bricks, giving fans the chance to add a little People Power to their homes.

The new LEGO Brickheadz set comes with mini versions of each Spice Girl, equipped with microphones and stands. For the first time, fans can experience that satisfying ‘click’ when two bricks become one. Every detail that gave the girls their iconic style has been faithfully captured in brick, from hairstyles to clothing. Fans will find new leopard print LEGO bricks for Mel B’s eye-catching look, along with Melanie C’s tracksuit and Emma’s famous baby pink dress. Whilst Victoria can be found in her trademark black dress.

Of course, the set would not be complete without Geri’s Union Jack dress. LEGO designers have carefully recreated the famous dress, which became a lasting symbol of Cool Britannia and made headlines across the world following the performance of ‘Who Do You Think You Are’ at the Brit Awards 25 Years ago.

Talking about how he brought the band to LEGO life, LEGO designer Daniel Squirrell commented: “There are few bands that defined pop culture in the same way the Spice Girls did back in the 1990s, and it’s been such fun bringing the band to life in our BrickHeadz style.”

“This is the first time we have created a music band in BrickHeadz form and what we really, really wanted was to capture the essence and nostalgia of the Spice Girls, through their iconic looks. I am delighted with the set and I hope the fans are too.”

The LEGO BrickHeadz Spice Girls set is available from £49.99 from LEGO stores and on Lego.com/Spice-Girls from 1st March 2022. Spice Girls fans can also get their hands on a signed set by entering a sweepstake on LEGO VIP from 1st March. For more details visit www.lego.com/VIP.