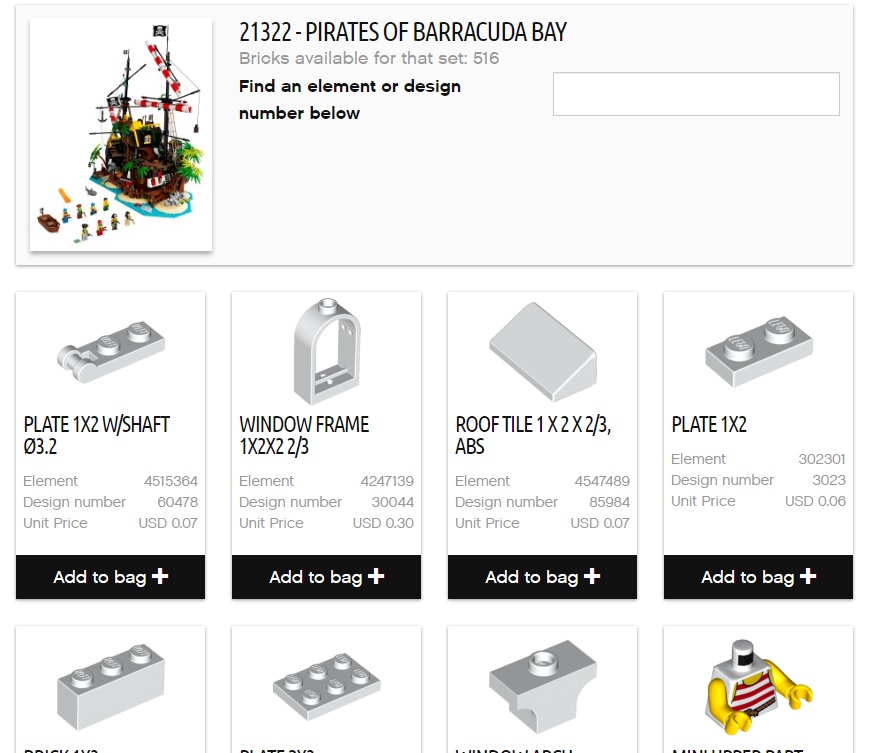 A few months ago, LEGO made Bricks & Pieces available again for only a few countries due to the pandemic happening around the world. Some of the countries had the ability to order for a short time before getting taken down again due to unknown reasons.

LEGO has just announced that more countries can now order from Bricks & Pieces again, including those that were removed from the most recent announcement.

A message from LEGO® Customer Service:

Continuing on the successful updates made to LEGO.com/service for United Kingdom / English and Spain / Spanish toward the end of 2019 and opening service for India just a month ago, we’ve finished moving our Customer Service site to the same platform used by the rest of LEGO.com. For the most part, this has been a like-for-like transition of content, although there will be a noticeably differently look and feel.

While Australia, Canada, Germany, New Zealand and the United States were opened previously for paid parts orders, we’ve also been able to coordinate reopening Bricks and Pieces sales with our warehouse for the following markets:

We hope you’ll love the new site as much as we do!