Back in 2012, we reported on a new application by Google called Build with Chrome by Google Australia that let you create virtual properties on any place in the world. Originally, users took a plot of land in Australia and created things at that particular location. Today it has been revealed that the application has been updated and the WebGL technology now works for the Chrome web browser as well as on the Android versions whether it be on your phone or tablet.

You can show off your creations using your Google+ account as well as see other creations from people in your Circles. If you need help getting started, there is a Build Academy that shows you some short tutorials and challenges using some of the characters from The LEGO Movie. If you have some free time, check out what Build with Chrome has to offer. 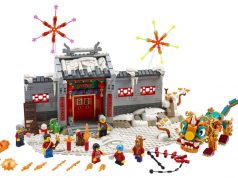