When I was younger, I didn’t get a chance to get the older LEGO shuttle sets such as the Space Shuttle Launch (1682) or the Shuttle Launching Crew (6346). As I got older, I was and still am fascinated with space-related things and when I came out of the “Dark Ages”, I saw the LEGO City Space Shuttle (3367) and I knew I had to get it. The set contains 231 pieces and retails for $29.99, a $0.13/piece ratio. The box has two numbered bags, one instruction booklet, one loose 6×16 black baseplate, and one sticker sheet. 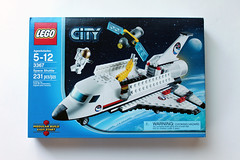 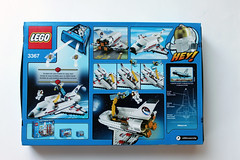 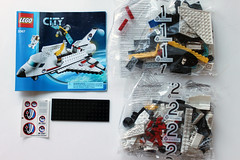 The set comes with one minifigure, the astronaut. He wears a white space suit that looks very similar to the Extravehicular Mobility Unit that astronauts wears today. It has both front and side printing with the front having the LEGO Space logo and some gauges and controls. The back of the torso has some hose and suit printing. He has a single-head with him having a nervous smirk and wearing orange glasses. His helmet is also white with a clear visor. The astronaut’s other accessory is his second helmet and backpack piece. The visor on this piece is gold which represents the Extravehicular Visor Assembly (EVVA). 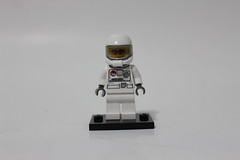 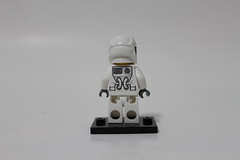 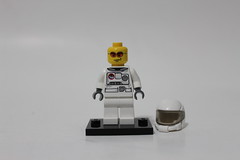 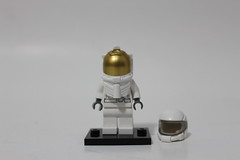 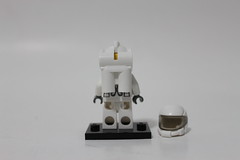 The first bag lets you create the cockpit and the base of the Space Shuttle. You also get to build the Hubble Space Telescope which will be used later on. The crew cabin is detachable and can fit one minifigure. The control panels consist of two printed pieces. One of the panels shows the throttle lever and various gauges. The other panel shows the radar display. Interestingly, there is no control wheel for the astronaut to pilot the plane but he does have a red cup in case he gets thirsty during his flight. In the second bag, you will be building the back part of the shuttle as well as the cargo bay for the Hubble Telescope. The bay has two doors that open up which stores the telescope on a robotic arm. There is also space for the astronaut’s helmet and backpack piece. After the payload cargo bay and hull of the shuttle is finished, you add on the flaps to both of the wings which are called elevons. On the back are three main engines and two smaller orbital maneuvering engines. In the end, you attach the tail and the landing gears. Unfortunately, the wheels on the landing gear do not fold up and the tail does not have a movable rudder. 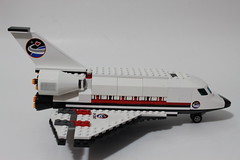 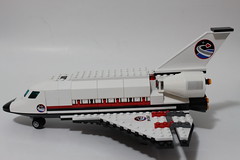 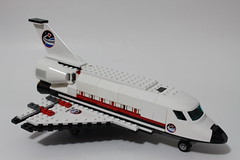 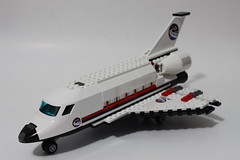 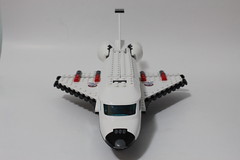 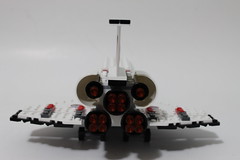 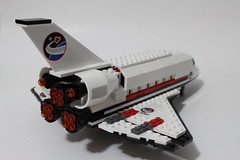 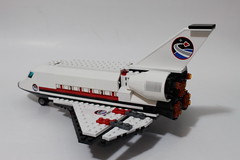 In 2010, NASA and LEGO signed the Nonreimbursable Space Act Agreement to produce Space sets for educational purposes. The Space Shuttle was released in 2011 and has many similarities with the NASA Space Shuttle Discovery. The design of the shuttle itself is excellent and the little details such as the payload bay and the Hubble Space Telescope is a nice addition. The color scheme is great and although there were stickers used, they were didn’t take away from the model but added to it. One thing I didn’t like about the shuttle was that the landing gears don’t have a way to fold up but being a smaller set, I can see what it’s not possible. However, you can take the wheels off and make it seem like it’s in flight mode and it looks nice that way too. At the end of the instruction book, there are also some fun facts about NASA and the Space Shuttle. If you’re into space-related themes, I would totally suggest picking this set up before it retires in the near future. It definitely is one of my favorite sets and is something that I’ll have displayed for a long time. 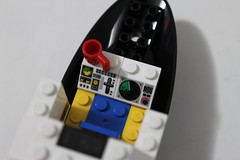 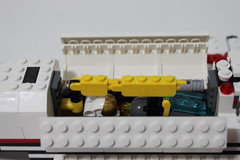 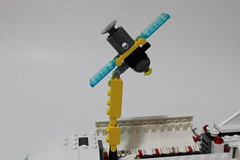 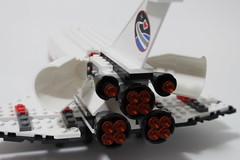 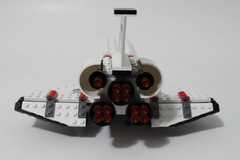 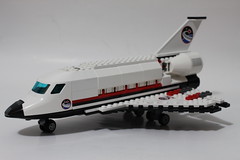