. LEGO has been pushing these Starter Sets in this year’s LEGO City sets which includes a couple of small builds to help you start your City. The Space Starter Set isn’t an exception with its 107 pieces and coming in at a typical $9.99 price point. Just a note, this set is the largest, in terms of piece count, of all the smaller City Starter Sets. The contents of the box includes two un-numbered bags and one instruction booklet. 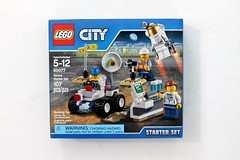 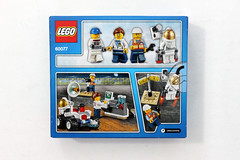 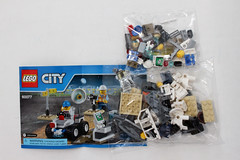 There are a total of four minifigures in the set. The first one is the engineer wearing an orange safety vest over a blue shirt. He has a stubbled face with a smirking expression. He wears a white hard hat with a wrench as an accessory. 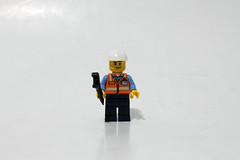 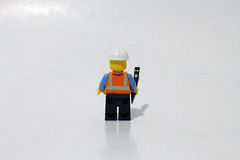 The second minifigure is a female scientist. She also appears in the Spaceport (60080)

but this is a easily the cheapest way to get her. She has some very nice printing for the torso which shows her badge on the front and the Space logo on the back. 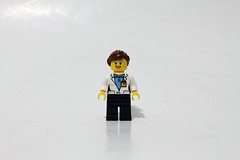 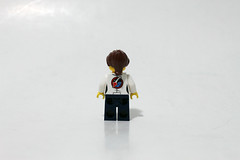 There are two astronauts in the set. One of them isn’t wearing the full space gear but is in his suit which has the logo on both sides of the torso. His gear is on the rover buggy which I’ll take a look at later. However he does wear a blue cap. 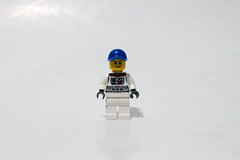 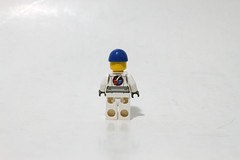 The other astronaut is in full space attire. He has the same torso and legs as the one but he’s also wearing the air tank piece with a gold visor. His gear is the same as the other astronaut but this one has a camera attached to it. His accessory is a neat little jetpack that he holds on to. 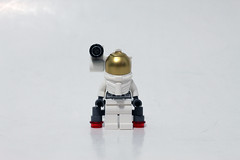 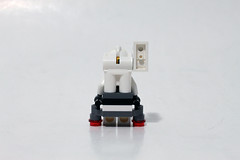 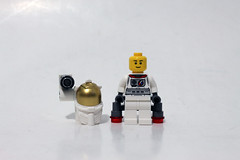 As with many Starter Sets, there are a lot of small builds that go along with the set. First is the rover buggy for the astronaut who doesn’t have his gear on. It features a spot for the air tank piece in the back as well as a couple of attachments like an infrared camera and surface scanner on the front and a satellite radar in the back. 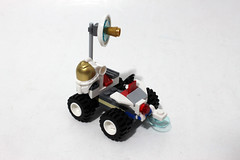 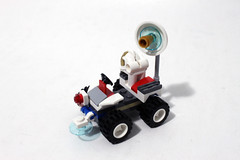 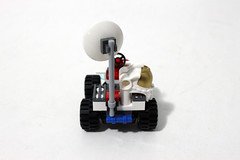 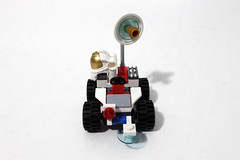 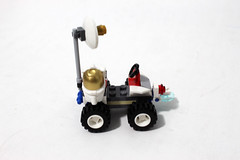 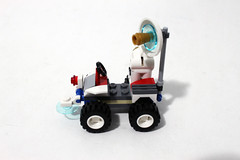 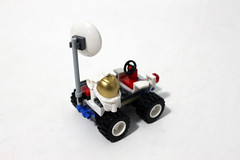 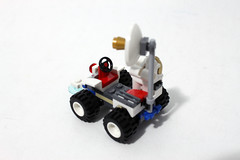 The next part of the build is a rock formation next to a computer station. According to LEGO’s description, this rock area is to simulate the Mars terrain. The computer includes printed tile pieces for the monitor and keyboard. There’s also a couple of trans-blue 1×1 round bricks acting as some sort of test containers. 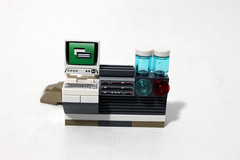 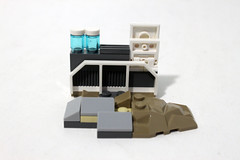 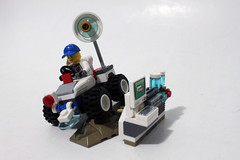 There’s also a couple of builds on tan 4×4 plates. One is a camera attached on a monopod. The other build is a couple of yellow lamps. 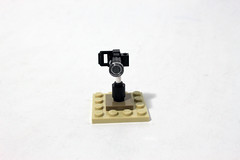 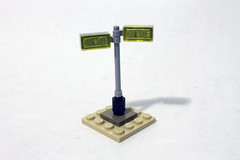 Overall, there isn’t much faults I can see with the LEGO City Space Starter Set (60070). For $10, you get a really nice set with four minifigures, two of which are astronauts which can’t have enough of. I do like the little builds especially the rover buggy going over the rocky terrain that’s attached to the computer station. You can get a couple of these little sets to start building up your space facility then add on the rest of the sets in the summer wave to complete it. 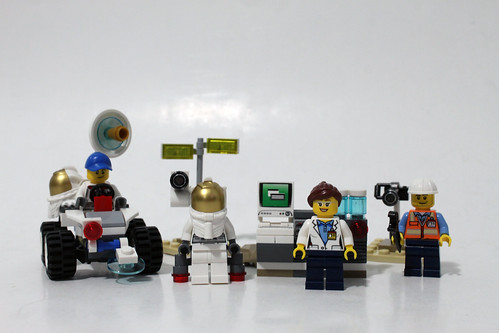